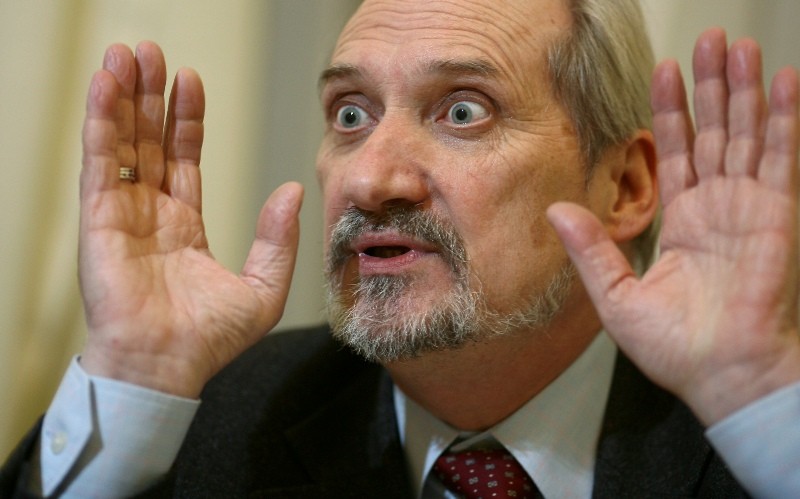 Polish Defense Minister Antoni Macierewicz said that Egypt may hand over to Russia two Mistral helicopter carriers, made in France, for symbolic amount of $1, the Interfax news agency reported. According to Macierewicz, he obtained this information ‘from good sources’.

The Minister also stressed that Egypt must not agree to such a deal – the refusal will serve to the ‘cause of peace’.

Meanwhile, Egyptian ambassador to Russia, Mohamed El Badri, said that he cannot confirm the information about a possible sale of the Mistrals to Russia.

“I cannot confirm this information,” Interfax quoted his words.

Spokesman for the Russian president, Dmitry Peskov, also said that the words of Macierewicz about the alleged purchase of the Mistral ships for $1 by Moscow are ‘complete nonsense’.

Peskov noted that the Polish Defense Minister could make such a statement due to too emotional background in relation to Russia in Warsaw, the RIA Novosti news agency reported.

Meanwhile, earlier, spokesman for the Russian Defense Ministry, Major General Igor Konashenkov, denied the information about the purchase of the Mistral helicopter carriers for $1.

“Macierewicz makes such statements, as well as many other gems for self-advertising. However, this is a problem of Polish authorities, but not ours,” Konashenkov told the Izvestiya newspaper.

France built two Mistral helicopter carriers especially for Moscow, but after Crimea became a part of Russia, the ships were sold to Egypt.

Polish troublemaker not to be taken seriously!

Do You have a garden for it.

Would be nice if they did, They could sail a year long just outside French wates just to poke their eyes out.

Egypt also needs Saudi Money, Sisi tried to give away some Egyptian islands in Red Sea to the Saudis. Egypt also named one of the Mistrals after bloodthirsty muslim brotherhood hardline salafist Anwar Sadat which sent tens of thousands of jihadis to afghanistan to murder soviets and afghans.

Why is the kurwaperson getting mixed up in such things? His health may be in danger.

Theater of the Absurd brought to you form “Be afraid, very afraid”. I once had a street thug in New Orleans use just that phrase and then backed off to please I’m hungry……..