The war in West Sahara continues going, as the Sahrawi People’s Liberation Army (SPLA) – the Polisario Front, continued intense strikes on the Moroccan Armed Forces entrenchments “along its wall of shame, causing human and material damages” for the 6th straight day.

On November 19th, Secretary General of the Ministry of Security and Documentation of the Government of the Arab Republic Sahrawi Democratic (RASD), Sid Ould Oukal, affirmed that the Polisario Front keeps the doors of dialogue open, but will pursue the armed struggle which has resumed irreversibly and without interruption.”

He said that the Polisario Front had announced the resumption of the armed struggle to liberate the territories occupied by Morocco “without exception, no distinction whatsoever,” with reference to the Moroccan attempt to focus on the illegal breach of El Guerguerat.

Ould Oukal said that the Polisario Front which “has had enough with the Moroccan obsession and UN incapacity to impose itself against the enemy, keeps the doors of dialogue wide open “on condition that the military struggle continues, after its irreversible resumption and without interruption.”

The Polisario Front blames Morocco for the escalation, with its UN Representative Dr. Sidi Mohamed Omar, said it is very difficult in this moment to speak about a peace negotiation, after Morocco launched its military attack on Western Sahara.

Furthermore, the government of the Sahrawi Arab Democratic Republic (SADR) said that Morocco’s statement following the King’s call on the secretary general of the United Nations to intervene quickly to restore the ceasefire, translates the “confusion of the (Moroccan) occupation State following the incessant shelling by the fighters of the Sahrawi people’s liberation army.” The Saharawi government dubbed the attacks carried out by the Moroccan occupation in El Guerguerat an “act of premeditated aggression that aims to undermine the efforts of the UN secretary general intended to calm the tension in the region.”

“The Government of the Saharawi Republic strongly condemns the statement issued by the Kingdom of Morocco, following a telephone call on Monday between UN chief Antonio Guterres and the King of Morocco, where bellicose language and a hollow threat have been used”.

The call “testifies to the confusion” of Morocco “following the incessant strikes of the Saharawi Liberation Army fighters triggered by its (Moroccan) military attack Friday at dawn against Saharawi civilians, who were peacefully demonstrating in the region of El Gueguerat, in the liberated territory of the Sahrawi Arab Democratic Republic (SADR).”

“Moroccan occupation regime’s lamentation regarding the ceasefire is a mere ploy that must not deceive anyone, because it is the one who violated the ceasefire,” he stressed.

“[Morocco’s] operation breached the ceasefire agreement, it wasn’t us that conducted a military operation,” said Sidi, referring to the crossing of the Moroccan army past the Berm, a 2,700km (1,677-mile) sand wall that separates areas controlled by Polisario and Morocco in Western Sahara.

In defense of its actions, Morocco had already spoken to the UN secretary-general about the issue but said it set up a “security cordon” over what it claims was the Polisario militia presence blocking the Guerguerat crossing, situated on an important trading road with neighbouring Mauritania.

“In the face of provocations from the militias of the Polisario, the Kingdom of Morocco had no other choice but to assume its responsibilities in order to put an end to the deadlock situation generated by these actions and restore free civil and commercial movement,” the Moroccan ministry of foreign affairs said in a statement.

Back on November 16th, Morocco’s king warned that his country would react with the “greatest severity” to any attack in Western Sahara, as the pro-independence Polisario Front said conflict would continue until Rabat ended its “occupation” of the disputed territory.

He said, as previously mentioned, that Rabat remained committed to a cease-fire.

But Morocco also “remains firmly determined to react, with the greatest severity, and in self-defense, against any threat to its security,” the king said, quoted in an official statement.

Algeria give them some unique Iskander missiles, only 3 countries in the world have those 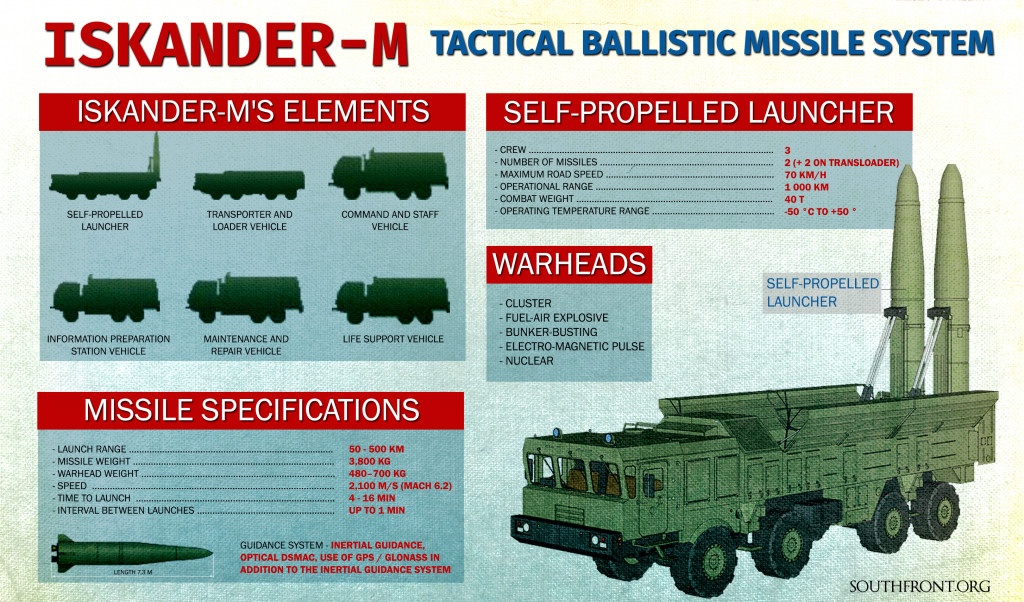 algerian corrupt regime is nothing but a western puppet ….don’t get fooled by their pr propaganda all they do is talk their bullying of morocco’s sahara is not acceptable they’re doing dirty work just like the turks and yankees do in syria ….kenny i appreciate your stand with the arab cause but things are not always black and white morocco is a corrupt western puppet but algeria is even worse doesn’t make polisario good nor right ….you should approach things differently it ‘s not red and blue my team your team …

southfront supporting a bunch of terrorists and mercenaries that don’t represent the sahraoui people…they blocked an international border using firearms that benifits mauritania,senegal and morocco ….and they called that peacefull protesting ?? and now they won’t accept a ceasefire ? what kind of hipocrisy is this just because morocco is a western puppet doesn’t mean that what polisario is doing is right !!!! stand with what is right things are not just black and white !

its called western sahara nobody actually lived there through history except few bedouins, this land was originally under moroccan sobirany but Spain and France invaded the whole country and nowadays it’s according to the UN, still under spanish administration. Algeria took much of the Saharah from Tunisia and and Algeria is trying to wrestle control of Western Sahara away from Morocco through creating political problems and funding the Polisario. I also have friends from Western Sahara who agree with this and say it was always part of morocco and they are happy with this. It seems many of you have been swayed by the political influence of an oil rich nation who wants to check morocco’s future stability and prosperity……..again yes morocoo is a western puppet but it doesn’t mean the other side is the good side !!!!!!