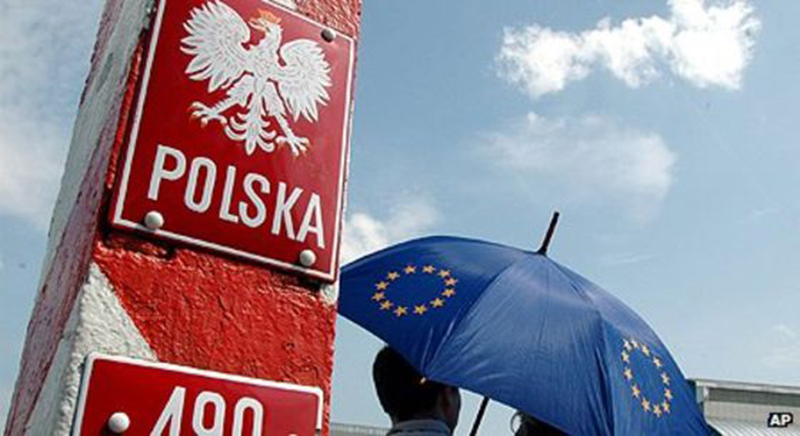 Three US senators wrote a letter to Poland’s Prime Minister Beata Szydlo, calling on the Polish government to respect human rights. Irrespective of whether the US senator are correct or not, the fact they wrote the letter is not good news for Poland, writes Pawel Lisicki for Wirtualna Polska.

First the facts. The US senators, 2 Democrats and 1 Republican, wrote a letter to PM Szydlo in which they express concern with the state of Poland’s democracy. Like the politicians of other countries, including from the EU, the US senators have drawn the conclusion that Poland’s law on the media and the changes to the Constitutional Tribunal “may limit democratic rights in Poland.” They called on Poland’s government to “confirm its adherence to fundamental principles of OSCE and EU, including respect for democracy, human rights, and the rule of law.” Having read this letter, which was signed by John McCain, Ben Cardin, and Richard Durbin, one can come to the conclusion that something very worrisome had happened on the Vistula.

Therefore it’s no wonder that Beata Szydlo quickly responded to the senators. She asserted that they do not know what is happening in Poland, then explained that changes to laws will fix the problems with the Tribunals and “restore public media to genuine political impartiality.” She also added: “For me, foreign politicians attempting to teach Americans about their Constitution and impose their own vision of resolving internal US political disputes, would be something inappropriate and incomprehensible. I am confident you would likewise view that as unacceptable.”

There are two things to be said about the exchange of letters. The first is obvious and banal: US senators, like EU politicians before them, adopted that version of events which is propagated by the majority of Polish opposition and anti-government writers. The US senators’ text might as well have been written by any PiS [Law and Justice] opponent in Poland. The Americans don’t pay any attention to the high level of politicization of the media prior to the changes made by the PiS, and de-facto represented the previous govenrment’s agenda. They also don’t see a problem with the highly non-pluralist composition of the Tribunal and its earlier manipulation by PO [Citizens’ Platform, currently in the opposition]. In other words, they are blind in one eye. PM Szydlo is right to note that any of them would view interfering in US politics as impertinence. But that’s only one side of the story. The other is far less pleasant for the government.

First of all, they clearly failed to assess the level of Western politicians’ resistance, or could not get across to them with the right arguments. Regardless of whether the US senators are correct, they wrote a letter whose very existence cannot be good news for Poland. We have seen for weeks how important publicists are stepping up their criticism of Poland on the pages of Foreign Affairs or Foreign Policy or other publications. These are very formulaic and unoriginal texts which repeat the same accusations and convey the popular wisdom of the day. It might be they actually believe what they write, but it is more likely they were instructed to write what they did. But that is of little interest to me. It is worrisome that Polish diplomacy did not succeed in dealing with that challenge. Szydlo’s letter, while correct on the issues, can be easily used by the current government’s opponents as proof of its pride and hubris.

I am not only worried by the lack of effective response against this veritable wave of blackening Poland’s name. I am more worried by something else. Until now, PiS leaders have presented what I fear was an over-idealized depiction of US politics. US was supposed to be Poland’s main partner, main ally and confederate. Since the relationship with Brussels and Berlin quickly grew more tense, Washington was to be Poland’s main point of reference. Because only the Americans understand the situation in Europe, I was told, only the Americans can be relied upon when it comes to security.

The senators’ letter makes that narrative unconvincing. Two weeks ago, when I was assessing Foreign Minister Waszczykowski’s expose, I asked, in cooperation with whom will Poland build its position, on whom does it plan to rely. On the one hand, nothing indicates the relations with Russia will change. After the Munich conference and President Duda’s sharp criticism of Moscow, it’s difficult to expect Poland could enter into a relationship with Russia based on pragmatism in the way that Viktor Orban did. The visit to Berlin showed that Germany is not about to change its approach to the changes in Poland in the slightest. The talks were held in a cool atmosphere, and the best thing that can be said is that they were held at all. Brussels likewise remains critical. Therefore who is supposed to be our main ally? Until recently, one might think it would be the Americans. Indeed, if the government were able to, in spite of German resistance, to establish permanent NATO bases or another form of permanent US military presence in Poland, it would be a great success. But is that now imaginable? Especially since the letter was signed not only by Democrats but also a Republican, none other than John McCain, who is viewed as an authoritative voice by many right-wing commentators.

Something is not right here. Hungary found themselves in a similar situation several years ago. Fighting for their own sovereignty, realizing what the West’s solidarity really looks like, they could draw their own conclusions and launch a balanced foreign policy. They decided that improving relations with Moscow would improve their position relative to Brussels, Berlin, as well as Washington. Poland does not want to draw a similar conclusion. Warsaw prefers to believe that it is possible to maintain a principled, critical, and morally correct attitude toward Moscow, implement internal political changes, and retain good relations with the West, with the US and the EU. The letter from America is another and dangerous sign that it is a difficult combination to imagine.

US sticking their nose in where it’s not wanted.

to respect human rights…. those morons from AAA of evil never heard about Guantanamo???

Those three senators must have forgotten how the Hammond Ranch affair started, with the government that wanted to steal the ranch charging the Hammonds with terrorism for a little sagebrush fire that accidentally got out of hand. Then when the judge, realizing that five years in prison for this non-crime was a bit harsh reduced the sentence, the government tried them again in a complete violation of the double jeopardy ban, finally getting the five year sentence that they know will financially destroy this family. If this is the “rule of law” our senators are so proud of in the US, what could the Poles have done that was worse?

The “Stacy Vassman” does not appear in my comment so I’m unsure why you’re asking me. She/he does post a lot of interesting articles on WhatReallyHappened.com, though. If you find out, let me know. Some of us like a degree of anonymity, and some are beyond caring since we’re all on either the red or the blue list for reading this stuff anyway.