In the spring of 2020, more than 20,000 US troops will be deployed across the Atlantic to NATO’s eastern flank. Thus, within the framework of the Defender-Europe 20 maneuvers, the largest deployment of American troops on the European continent since the end of the Cold War will take place.

That is in addition to the already 17,000 NATO troops that are already in Europe and will take part in the war games.

The movement of the main US forces to Europe is planned for April – May next year, but taking into account the scope of the event, troops and equipment will begin to arrive in February.

Most of the American forces will arrive by civilian passenger planes, and almost 13,000 units of military equipment and weapons will be delivered by sea.

Notably, one armored brigade of the US National Guard from Idaho will arrive without weapons and equipment and use the property stored in American storage facilities in Germany, Belgium, and the Netherlands.

The 20,000-strong deployment includes 7,000 National Guard personnel, from 12 states and approximately 750 people from the US Armed Forces reserve.

Simultaneously with Defender-Europe 20, another 24 operational and combat training events are planned, which will be connected by a single scenario and organized by both the USs and the European allies and partners of the Alliance. In total, 7 separate events part of the single scenario will take place throughout the year.

Among them will be the Joint Warfighting Assessment 2020 command post exercise, which is likely to become a “testing ground” for new concepts, including the doctrine of fighting on a multi-domain battlefield.

The exercises planned for the first half of the year can be found on NATO’s website.

As part of the Swift Response 2020 maneuvers, NATO allies and partners will work out the issues of moving high-readiness forces to the designated area and improving the interoperability of the allied forces.

Part of the American armored brigade, which is located in Poland, will carry out the transfer to Lithuania through the Suvalki corridor during the annual Saber Strike maneuvers in Poland and the Baltic states.

The “Dynamic Front 2020” exercise is planned (May 2 – 8) with live fire at training grounds, during which the capabilities of the artillery of various NATO members.

The exercises “Allied Spirit XI” will be devoted to the development of offensive and defensive operations, the purpose of which will be to increase the compatibility of the troops of allies and partners.

As part of these maneuvers, the Polish 12th Mechanized Brigade will be involved in the strike group, and the Polish 9th Armored Cavalry Brigade will fill the role of the enemy force.

Czech and US aviation will also take part in the exercise.

As part of the “Allied Spirit XI”, the crossing of a water barrier is planned at the Darvsk-Pomorsk training ground.

The American 1st Cavalry Division will be responsible for this task, the allocated forces of which are currently serving in the advanced command of the US division in Poznan.

During the exercise, a British-German sapper unit will build a pontoon bridge.

In the list of major maneuvers planned simultaneously with Defender-Europe 20 in Poland, there are of course the largest national exercises with NATO allies Anakonda-20 in late May. The Anaconda-20 exercise would involve 80,000 troops from Poland alone, not taking into account whatever troops other allies will send.

The Anakonda-20 exercise is a scenario of an escalation just before a war begins, and sets out how the US would deploy troops to Europe to assist, which is also why the US is deploying so many soldiers for Defender-Europe 20.

In addition, exercises will be held on the territory and in the airspace of Poland to test the Polish component of the NATO air operations management system “Eagle Talon-20 in early May.

“In the spring of 2020, Poland will become the “epicenter” of the exercises,” said General Sean Bernabe, deputy chief of staff of the US North Command in Europe.

The concentration of numerous NATO forces at the borders of Belarus and Russia and the scenarios of the maneuvers in the case of presumed Russia aggression are a cause of concern. There is also currently no reciprocal measure or war games announced by Russia and its allies.

It will be more interesting, when Poland becomes “Russian Epicentre”!

Give peace a chance.

Poland has never been a state and always someones vassal. The Germans captured all of Poland in less than a day and the Red Army rolled in before lunch.

Rusland and lovers will remain screeming and shouting even there is only on american left in Europe and in a museum in Ireland.

If you ignored it, you wouldn’t have replied, muppet.

If you had replied with an intelligible reply, we might know what you drone on about.

It was meant as we ignore them shouting and screeming every time they do , but we dont ignore the big picture.

We never wil alow Russians to take over and isolate those countries even Ukraine has not existed as a Copuntry from Moscow took it from the ones, which were mixted of with the vikings.

We are well aware of they have big probpems and we make some of them too.

Learn English before posting on an English site ffs, you are making no sense, or nonsense as we call it.
You keep fighting Jens, though who you are fighting is unknown. 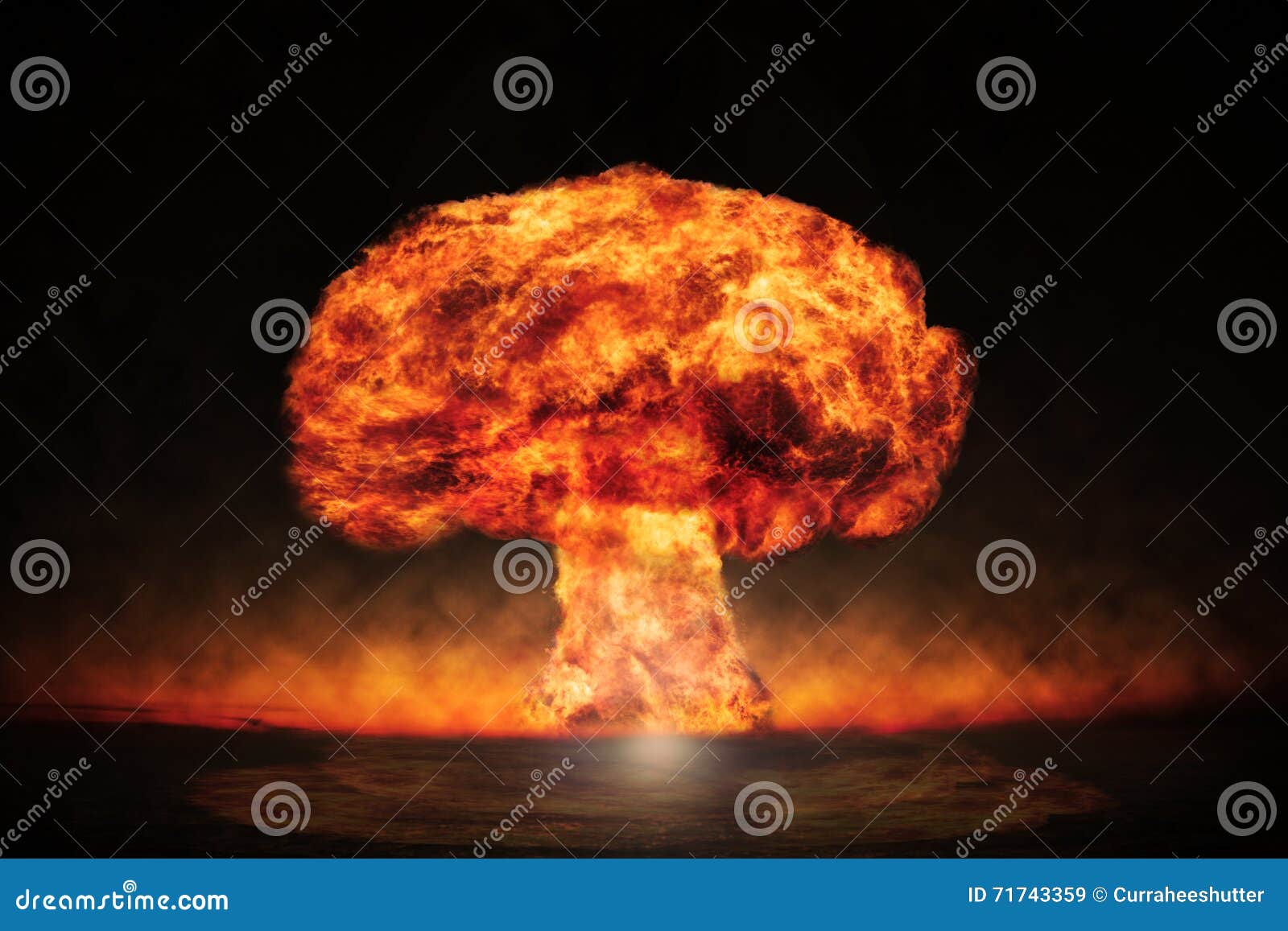 Tjernobyl made by Russia high tech. The picture is taken by periscope from the sunken non safety Atomic SUB named Kursk (3).

yep,poland’s been moved off the map before and assumed into the next door neighbours – time to do so again since poland is just like israel, causing unrest by just being and the world would be a better place if neither of the two existed.

Verner von Brownie form his behind again. Without Jews him and the rest of the world hardly would be alive.

Poles are not the smartest people and have paid the price previously by playing pawn to other powers and suffered immensely. The US is now militarizing the worst and poorest of the ex-Soviet bloc failed states like Romania, Poland, Bulgaria and Ukraine. Poland is an artificial state and inherently unstable and should stay clear of US warmongering.

We wellcome all, which is not like You and Your friends.

And Russia can sell all the vodka as not fossile energy too.

The events described are moving towards the epicenter of a NATO-Russian confrontation that will end in world war. The lessons of history have not been learned.
https://www.ghostsofhistory.wordpress.com/

You still has chances, Its told worms and rats will come up from the ground afterwards.

That’s funny… I never remember pledging allegiance to western europe, NATO or George Soros. It was probably somewhere in the US Constitution and I just missed it.

Russia needs to conduct a massive military exercise next year, too. How about Russia Defender 20?. Invite China, too. They would love this.

The Russian exercise would assume months of NATO troop/armor/aircraft build-up, coincidentally just like Anakonda-20. Then an NATO attack through the Baltics prompted by the use of a false flag – to blame Russia as the aggressor, of course. That, followed by a rapid escalation in hostilities, NATO use of tactical nukes, and ending with a simulation of a massive Russian nuclear response taking out ‘strategic targets’ initially in Poland, Lithuania, Latvia and Estonia. Then major population centers in western europe.

Leave the US out of retaliatory strikes on purpose – so the Europeans have every opportunity to understand US motives by reviving NATO. European lives and security are the sacrifice the US deep state is willing to make to preemptively crush Russian opposition to our world domination schemes. Why doesn’t that piss off anyone in Europe?

Just said similar, with regards a Russian exercise, with around 300,000 serving military personnel and a wide variety of their toys.

Why is NATO just nothing more than cannon fodder for the likes of Soros (well the serving military), with Nanzis running the show and giving out the orders? Whether they be funded by Burisma, NED, Soros and a variety of his NGO Foundations and linked into the Atlantic Council, which is NATOs favourite ‘think tank’ or something similar.

Please not close to our border.

We cant take that many seeking for asylum, jobs, real money or even the polical refugees.

I was planning on coming in for the hot Norwegian women, Jens. What’s Norway’s immigration category for that? ‘Strong humanitarian considerations’? I can’t see anything related on the UDI form, but then I don’t even read Norwegian. I was hoping there would be more graphics to guide me.

Of course it pisses of people. It’s just MSM won’t talk about those people…https://www.no-to-nato.org/defender-2020/ but since for example the german peace movement is quite high aged protest looks like that:
https://www.youtube.com/watch?v=XCn643XHpNA
https://weltnetz.tv/video/2278-anti-defender-schnaderhuepferl

Guess Belarus theatre will be a new Ukraine & need Poland bases to screw Belarusians up.
Note that Turkey will be an obstacle, without 1st defending Turkish border from the Kurdish communist party.

We wont take Belarus unless russians pays for it. Gas might be an option.

USA deploy troops in East Europa…but Aiming Germany rather than Russia…above all when Germany are building Nordstream 2….and USA&GB fear a posible alliance Germany, Russia and China…thats why they take under control all East Europa and Baltic states..deploying its military assets under pretex of Russia threat!…

So how many new missiles has Russia deployed in Kaliningrad? Hard to see that as de-escaltion-

Damaskus is. The title will be:

From oasis to lake:)

This is a joke, surely? It takes months to transport the meagre 20k troops and equipment, using commercial airlines. 20k troops wouldn’t last minutes, assuming they even made it across the Atlantic – a very big if. This is a war “game” like enlightened new people play with paint balls. This is WW2 redux. The Russian MoD must be quietly having a laugh. If a real war started Poland and all these forward bases would be destroyed in minutes, if not less. Do they think they are not already target? Or can be defended by Patriot air defenses?

Maybee You should read one more time.

I seriously wish Russia also held an exercise, close to the NATO Forces, who can then compare 20,000 NATO members, in a joint exercise and what it looks like, against 300,000 Russian military forces, in a border exercise, together with many of the toys from their toy box.

What is the problem with Poland, there has never been a world war, where they were not whinging, whining and begging for assistance, before any got started?

I hope not. Western Europe cant take that many haviung no jobs, no vodka, no wife and no real money. Putin will be alone in his country sniff sniff.

Poland will be the launch pad for the NATO invasion of Kalinigrad if World War 3 erupts. Russkies wouldn’t stand a chance!

How much Zubrowka did you have last night, Larry?

As i wrote back in september, some Royal Danish Army units are on a 12 hour alert from 1. february 2020.
According to a serving soldier, they are ordered to be ready to deploy to any incident that should require a military intervention, inside Danish borders.

With rumours of a false flag operations against USS Lincoln, the above info and the massive “exercise” its clear for me, that something big is up.