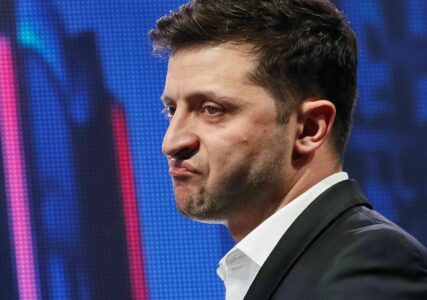 Ukrainian officials tried to frame the incident as a Russian attack

Poland’s president and the leader of NATO both said on Wednesday that Ukrainian air defenses, not Russia, likely fired the missile that hit Polish territory on Tuesday, killing two people.

“We have no evidence at the moment that it was a rocket launched by Russian forces,” Polish President Andrzej Duda said. “However, there are many indications that it was a missile that was used by Ukraine’s antimissile defense.”

NATO Secretary-General Jens Stoltenberg said that the alliance had no indication the incident was a deliberate attack.

“Our preliminary analysis suggests that the incident was likely caused by a Ukrainian air defense missile fired to defend Ukrainian territory against Russian cruise missile attacks,” he said.

The missile landed outside of a village in Poland Tuesday near the Polish-Ukrainian border while Russia was launching strikes across Ukraine targeting energy infrastructure. Stoltenberg said that while a Ukrainian missile hit Poland, Russia still “bears ultimate responsibility as it continues its illegal war against Ukraine.”

Since Poland is a NATO member, the missile landing on its territory raised concerns about Warsaw looking to invoke Article 5, which states an attack on one member is an attack on all. But since the consensus is that it was a Ukrainian missile, it’s unlikely there will be an escalation.

Poland was considering calling consultations with NATO allies on the incident under Article 4, but Polish Prime Minister Mateusz Morawiecki said that probably won’t be necessary.

“Most of the evidence that we have collected so far shows that there will probably be no need to invoke Article 4 this time,” he said.

After the news first broke that a munition fell on Poland, a US intelligence official told The Associated Press that it was a Russian missile. Russia quickly issued a denial, but high-level Ukrainian officials, including President Volodymyr Zelensky, framed the incident as a deliberate Russian attack and implied NATO should respond.

“Hitting NATO territory with missiles. … This is a Russian missile attack on collective security! This is a really significant escalation. Action is needed,” Zelensky said during his nightly address on Tuesday.

Mykhailo Podolyak, an advisor to Zelensky, said on Twitter that the strike on Polish territory was not an “accident” but a “deliberate ‘hello’” from Russian forces.

“It happens when evil goes unpunished & politicians engage in ‘pacification’ of aggressor. Ru-terrorist regime must be stopped,” he wrote.

Ukrainian Foreign Minister Dmytro Kuleba said the idea that a Ukrainian missile hit Poland was a “conspiracy theory” being spread by Russia. “Russia now promotes a conspiracy theory that it was allegedly a missile of Ukrainian air defense that fell on the Polish theory. Which is not true. No one should buy Russian propaganda or amplify its messages,” he wrote on Twitter.

The Clown used US American tax dollars to gamble on crypto… And lost.

Govenor Zelensky of Ameruca’s 51st state did what he did to help bribe democrats into power in other states, a typical Jew World Order thingy…

Last edited 2 months ago by Kev not Kiev
-3
Reply

Exactly. The ‘circle’ schema of money laundering again used by the kikejoos to keep bribed politicians. Reality in JUSA means 99% corruption on all levels. And what’s the most hillarious about is that they spoke about how the commie regimes of east Europe were corrupt !!!!!! But the real idiots were us, peoples who believed that shit.

The correct rebuttal from Lloyd A. would be, ‘Oink.’, and then walk away.

are
Reply to  Krzysztof

It’s rather ironic that an Ukie missile has killed 2 Poolanders. Bandera strikes Pooland again after a 77 year pause , LOL.

WTH is wrong with your keyboard, or are you using an Ouija board as your primary connection to the ‘here and now’? Please insert coin to hear more . . . . .

Not to mention romanians, hungarians, czechs, gypsies, even jews, who were murdered by this mentally deranged stupid criminal.

If Russia attacked Poland, NATO would not have started World War 3.

Former Soviet states have a false sense of security by being in NATO.

Those countries are only suitable for the same use by the US Zionists as Ukraine is being used.

Ayo Russia is still to blame

The Polish President is saying the indications are it was a Ukrainian S-300 that accidentally landed in Polish territory.

The Polish Ambassador to the EU is saying all member states blame Russia.

The Russian state media RT whore Margarita Simonyan says they did it.

Putin’s Press Secretary Dmitry Peskov says I know nothing I was not here I didn’t even get up this morning.

Neither the Polish or the Russian side can keep a consistent line on what the hell happened. (forget EU and USA as well)

Therefore I don’t predict anything further is gonna come of this.

Zelensky’s evidence that it was a Russian attack:

What a missed ‘oppertunity’ for NATO to actually 6uild 6ack 6etter in Ukraine by invoking article 5 against Ukraine. NATO would actually have a legit reason to be in Ukraine with all of their terrorists and weapons of er… peace making…?

Last edited 2 months ago by Kev not Kiev
1
Reply

How much is Zerolinsky in Kyiv sending to the relatives of the ones that lost their lives and the owners of the ‘property damaged’? Anytime you fire a deadly projectile into ‘the blue sky’ you are responsible if it does any damage. To be safe, you fire the projectile into the ‘hard earth’. One is a ‘safe discharge of a firearm’, the other way is ‘unsafe’ and it carries a hefty prison term. (on the books, not so long a term when you spend $1M, or more, on Lawyers alone)

The evil that goes unpunished are the Ukronazis and the other NATO scum.

Ukronazis shot down a comercial airliner with about 280 people on board some years ago and blamed Russians for that too. Nothing happened, the West swallowed that shit too!

Last edited 2 months ago by USA is a shithole, EU is becoming one
-4
Reply

Oh now that its not russia they don’t want to invoke article 5? Clowns.

Zelenski and his staff are just warmongering clowns who at the moment try to take the whole world down with them… no matter how… Zelenski sold out half the country to Poland.. the country is bankrupt and Zelenski and Co have abroad large estates and fat bank accounts.. but still demanding the US/EU to keep sending at least 5 billion a month to pay the country’s costs…. Ukraine hasn’t given a damn about the civilians in the east for more than 8 years, but still claims they will have all these areas back.. so quite clearly only interested in land, not in their people… and yet they dear to state that they are a democracy and the west defends that statement.

There’s no ‘likely’ about it, Mr president. Meanwhile, US spooks were spreading bullshit and telling Associated Press a pack of lies, which they duly published as fact. It seems actual journalism is dead at Associated Press where any old source will do.

the UK-NAZI hit Croatia with a missile when the war started and wanted a nuclear response from NATO but fortunately, they are as dumb as hammered shit

I am Polish and my last name has minimum 6 centuries history but I must admit that polaks are the most stupid from all European tribes. No conclusions from their own non stop repeated history.

Zelensky wants world war, but he had forgotten that Ukraine is just few kilometres to Russia, precisely a neighbour which is going to be the scapegoat, the artificial desert sorry to say if the real war start.