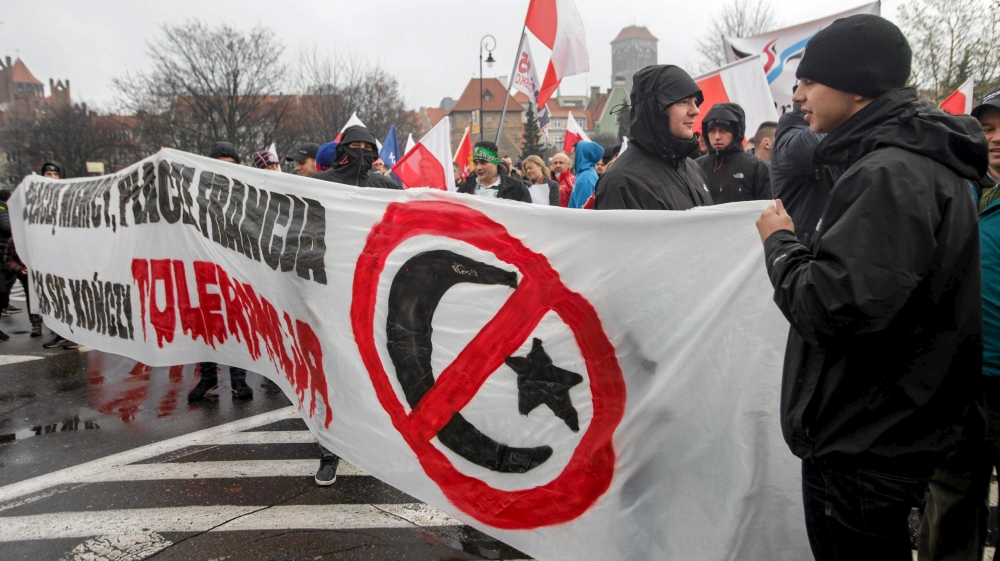 Poland has so far did not accepted a single refugee within the policies of European mechanism for relocation under national quotas, and although formally Poland have not given up the duty to accommodate about 7,000 refugees, it would not do it while Europe does not learn to really check to whom they are providing refuge.

Polish Prime Minister Beata Shidlo said yesterday that in the light of the situation shortly after the attack in Brussels she does not see how at this point Poland could receive refugees, which was seen by part of the international media as an evasion of the obligations assumed by the previous Liberal government.

Government spokesman Rafal Bohenek said more precisely that this is not a formal renouncement from the obligation to hold a national quota of about 7,000 refugees, but that Poland is only delaying the acceptance of refugees, while it fails to check them thoroughly.

“Europe is our house and it should be a safe place because the house must be safe. We have to work so unverified people do not get to the territory of the European Union. Verification of refugees does not work. These people are often undocumented and claim to have been swallowed by the sea. The mechanism of relocation is not good and should be revised. We perfectly see what happens in Western countries – assassinations, riots, harassment of local residents”, Bohenek said today for public service TV TVP.info.

Polish government spokesman dismissed the accusations of the opposition that there may already be the first group of 100 refugees in Poland, that the government has promised to receive by the end of March.

“In Poland were not transferred any refugees, not a single migrant. As the Prime Minister said yesterday, in the situation that currently exists in Europe we can not be bringing migrants in Poland. We continuous say: the refugee problem should be solved outside the borders of the EU”, said Bohenek.

Head of the Committee on Intelligence of the Polish Parliament Marek Opjola warned that an attack in Brussels shows that exchange of information among intelligence agencies of different countries does not work.

“There is no exchange of information. On what basis we should check the refugees? Let us talk with Assad? In order to check, let us contact Islamic State? No. We need a platform so that we can check these people” said Opjola to TVP.info.

The decision of Prime Minister Beata Shidlo to temporarily suspend the acceptance of refugees in Poland while Europe does not learn to check who is coming in was welcomed by the opposition liberals.

“If the policy of the government is such that a mechanism does not work and the conditions are not met so that anyone who could pose a threat can not enter into Poland, we agree with that. Our position would be the same one”, said for today’s Djenjik deputy head of Polish diplomacy in the government of former Prime Minister Eve Kopach, Rafal Tshaskovski.

He, however, warned the ruling Polish eurosceptic conservatives that they should not count on the fact that the acceptance of refugees could be permanently disposed so that, at the end, Poland does not provide shelter to anyone.

“That will not pass. It’s hard to get away out of it”, said Tshaskovski.

Pro government opposition, Kukiz 15, which has already collected 150,000 signature with a request that the Poles themselves decide by referendum whether to receive refugees from the Middle East and Africa or not, called on the Prime Minister after the attacks in Brussels to completely abandon the obligation of accepting refugees. (Beta)

Poland should remember this old Arab proverb, “If you allow the camels nose into your tent his rump will soon follow, and your tent will be soiled with dung.” If these so called “refugees” are allowed into Poland they will bring in their extended families, overrun Poland, and destroy the nation, and its culture. It’s called sperm warfare: All the the refugees have to do is make enough babies.

We have in Poland choosed the worst government only to stop that insane Culture devastation organized by fuckin jews from usa.

Really guys write the name in polish! Prime minister is Beata Szydło – understand that you don’t use letter ” ł ” – you can write Szydlo – not Shidlo… It looks pitfully

Poles do not tolerate the imposition of a foreign culture. Here it is not functioning political correctness. In big cities, trying to impose authority and opinion collide with aggression. Therefore sincerely I sympathize with immigrants, who could find here. They have no opportunities in their opinion, for a normal life, because their culture and religion is assumed to be expansive. Poles are not afraid to fight for her and for aggressive behavior rarely when someone calls the police. Such stories is almost a legend among others Krakow.