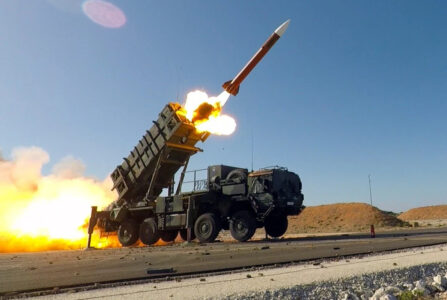 US backing of Ukraine also aimed at destroying Europe’s economy and industry.

Polish Defence Minister Mariusz Blaszczak announced that his country is preparing to deploy the German Patriot air defence system on its territory after Berlin categorically refused to deploy the system in Ukraine. At the same time, the Germans are beginning to realise that the US’ backing of Ukraine is not only aimed against Russia, but also European economies and industries.

It is recalled that Germany first offered Warsaw the Patriot system following last month’s missile strike in Poland, which killed two people. This stray missile prompted Blaszczak to ask Germany to send the Patriots to Ukraine instead.

“After talking to the German Defence Ministry, I was disappointed to accept the decision to reject Ukraine’s support. Deploying the Patriots to the western Ukraine would increase the security of Poles and Ukrainians,” Blaszczak tweeted on December 6. “So we proceed to working arrangements for placing the launchers in Poland and connecting them to our command system.”

Despite facing immense criticism from Warsaw and Kiev for its decision, Berlin ultimately concluded that because of several immediate issues, such as the Ukrainian military not being trained in how to use the Patriots and Moscow’s potential responses, it is untenable for German missile systems to be deployed in Ukrainian territory. 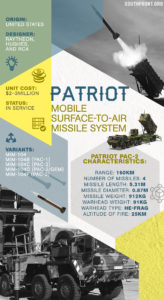 The Ukrainian military only knows how to operate Soviet-made weapons and air defence systems, such as the S-300. Ukraine has never operated a Patriot system and it would take at least half a year of training to learn its functions.

In addition, Russian President Vladimir Putin has set a very clear red line. Germany is unwilling to test the red line and potentially go into direct conflict with Russia, which is reflected in the fact that the Patriots will only be deployed in Poland despite facing immense pressure to deploy them in Ukraine instead.

None-the-less, Berlin on December 7 defended Ukrainian military attacks inside Russia, describing it as a “right to self-defence”.

“Of course, we also took note of the different reports about the destruction of Russian air bases. For more than nine months, Russia has been at war with Ukraine, and Ukraine has a statutory right to self-defence stemming from Article 51 of the UN Charter and Ukraine is not obliged to limit its defence efforts to its own territory,” said German government spokesman Steffen Hebestreit at the routine weekly press briefing.

Although Germany may be unwilling to cross the Kremlin’s red line, it has still been a staunch ally of Ukraine by committing over €1.2 billion in military aid to the eastern European country. In fact, Germany even harmed its industry and economy by implementing self-destructive anti-Russia sanctions for the sake of serving Washington’s interests in Ukraine.

However, while Germany deepens its commitment to the Ukrainian military, its economy is suffering at a level not experienced in decades. It was recently announced that German industrial production fell in October. Although output dropped by a miniscule 0.1 percent compared to September, according to preliminary data from federal statistics agency Destatis, it does signal that a recovery is not in sight.

Carsten Brzeski, head of macro at ING bank, believes that “the German economy has not fallen off a cliff but continues its long slide into recession” despite sizeable government interventions to mitigate the impact of rapidly increasing energy costs.

“The government’s fiscal stimulus is substantial enough to cushion the contraction and to turn a severe winter recession into a shallow one,” Brzeski said, warning though that “the downsides still outweigh the upsides” as incoming orders had dropped and global trade seemed to be weakening.

Berlin’s economic woes mostly stem from its anti-Russia policies, particularly sanctions which are increasing the price of energy. However, there is only a recent realization in Germany that such policies are benefitting the US, all while making Europe suffer.

Renowned German journalist Gabor Steingart noted on November 28: “The German economy is caught in a dangerous pincer movement. The crazy thing is that both arms of the tongs aren’t being moved by the Russians or Chinese, but by Americans who are clearly determined to organize their future prosperity at the expense of the Chinese and Europeans.”

It is for this reason that Berlin urged Europeans on December 5 to refrain from borrowing more money to compete with US green subsidies or else its competitiveness will be threatened. CNBC reported that Brussels voiced its concerns over the US Inflation Reduction Act (IRA), saying its subsidies for North American car manufacturers breach international trade rules and threaten European businesses.

In this way, the Germans are slowly beginning to realise that the US’ backing of Ukraine is not just aimed at weakening and containing Russia, but also at destroying Europe’s economy and industry. Not wanting to worsen its current predicament, its unsurprising that Berlin did not capitulate to the demands that the Patriot missile system be deployed in Ukraine instead of Poland.

I guess Germany had an improvised coup attempt like 1/6 USA to make some more laws to protect the people.

Ghost of Moscow
Reply to  LED

Even Poland are not scared of the Pathetic Russians anymore and what more can Russia expect after its piss poor performance in the Ukrainian War! Even the Fins & Swedish once Neutral Countries are now joining in the fight against Russia. NATO is like Sharks in the Water and the Incompetent Russians are like a Baby Seal that’s bleeding uncontrollable

And all of NATO can smell the blood from Russia weakness Miles away and all or closing in for the kill! Putin the Human Cockroach is terrified! Because he knows Russia will soon Cease to Exist!

Poland is doing very well, thank you. Big homes, good cars, life quality already higher then the West and all without lgbt nonsense. And yes, Poles are comic – they love to have a good lough ;)

Poles always take false Anglo-Saxons seriously. In the last war they were incited against the Germans, with the promise that the UK would intervene in their defence…………………………… …. Poland was defeated within days, and UK did nothing!

They are not bad.

Poles are in favor of the forces of evil. That’s no good.

They are against Soros and ultra-liberalism

But undoubtedly ALL European peoples are good, good-natured, but their Western “elites” are corrupt and rotten. In my opinion, the Polish one plays into the hands of the enemies of the world, the Americans.

It is out of necessity

I always figured choosing Germans as allies was a bad idea. It never occurred to me it was the other way around. LOL!

No Poland can put a pole on a patriot and can finaly into space. ;-) sorry no hard feelings to poles but the meme was to compelling.

Russia Is Looking Like A Fool! Need I Say More?