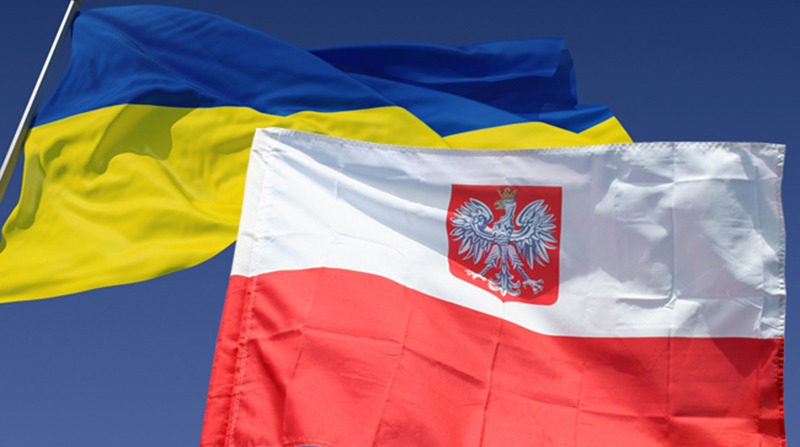 America has not succeeded with the help of Maidan to achieve the desired geopolitical goals in Ukraine and it is getting complicated to enforce their interests in the European Union. Therefore, the Americans decided to change strategy in the Eastern Europe and Europe in general.

Now, according to their idea, the key role in the European region should be play particularly by Poland, where thanks to the American money, the government brought Russo-and Germanophobe Andrzej Duda. Americans plan to turn Poland into a new Rzeczpospolita, adjoining the territory of Ukraine that is falling apart rapidly.

When it will be realized what America really expects from Poland and Ukraine it won’t be difficult to understand the logic of the collision which is getting more and more obvious.

In Poland, where the official representatives, including Komorowski and Kwasniewski who wholeheartedly and enthusiastically supported the Ukrainian Maidan, organized with American money and who assured Ukrainians the eternal friendship, suddenly after the victory of that same Maidan, began the rapid development of anti-Ukrainian mood where the movements emerged which demanded from Ukraine to recognize the genocide of the Polish people between 1943-1945, by the OUN UPA (“The Volhynian tragedy“) and to refrain from making heroes out of Banderians; implemented by European Union legislation, restitutions on territories which until World War II belonged to Poland; the tightening of regulations and standards for living and work of Ukrainians in Polish territory.

So did for example in April 2015, the Polish Sejm called a celebration of the UPA organization as a “slap to the Polish state.”

In the summer of 2015 the Poles also filed 600 lawsuits in Ukrainian courts urging Ukraine to hand over the immovable properties which they have lost since 1939 in the territory of Western Ukraine, including the one in Lviv.

In September 2015, a Polish President A. Duda was addressed by the families of the victims of the Ukrainian-Polish conflict in the former eastern Polish territories with a request that the President of Ukraine Poroshenko deprives the Order of the White Eagle which was given to him by the former Polish leader B. Komorowski.

In October, the newly elected senator of the party “Law and Justice”, Jan Žarin said that the Ukrainians will not become a nation of high-value if they do not recognize that the Volhynian tragedy was a genocide of the Polish people, and that Lviv has always been a Polish city.

While the Polish mood within the country observes the increase of anti-Ukrainian motivation, at the official level there is indicative of strengthening relations between the two neighbors. In addition to political support for Ukraine, in order to strengthen the Polish-Ukrainian cooperation, Poland offers a neighboring state a financial assistance. During the visit of Polish President A. Dude in Kiev in December 16 2015 an agreement was reached on granting Ukraine a credit in the amount of 4 billion zlotys, which is close to 1 billion euros from the reserves of the National Bank of Poland.

After Dude visited Kyiv, a President of Ukraine Poroshenko visited Israel, during which he gave a few irresponsible statements. During appearances in parliament -Knesset, he compared the Ukraine and Israel, which are, in his words, subjected to aggression by its neighbors – Russia and Palestine. Furthermore Poroshenko called Jews as “builders” of Ukraine and for which they expressed appreciation.

Poroshenko´s words always cause the required US reaction in those who are intended. So it happened this time also. After Poroshenko´s stand out in Israel, Polish public has exploded. Particularly sharp reactions caused the apologies for the participation of the Ukrainian people in crimes of holocaust. Revolted Poles have begun to compare last year’s Poroshenko visit to Poland, during which he jokingly answered about the killing of Polish civilians by the Ukrainian insurgents – UPA. Poland’s public with even greater anger began to seek the Ukrainian apology to Poles for the Volhynian tragedy, as well as insistently talking about restitution of “eastern borders”.

In late December 2015 in Warsaw the activists of the organization “Restitution of the borders” distributed leaflets in Ukrainian language among immigrants from the Ukraine where they fiercely warned that in accordance with European Union standards, Kiev is obliged to begin addressing compensation to polish citizens – the inheritor owners of immovable properties on the territory of Ukraine.

The journalists of Polish edition of “Mysl Polska” were subjected to harsh criticism by Poroshenko´s visit to Israel, including the visit of Polish president Dude to Kiev. “… Berlin and Brussels will aim at de-escalation of relations with Russia and will seek cooperation on the battle field, protecting it from threats coming from the Middle East. Poroshenko, Yatsenyuk and Saakashvili have never been considered as “strategic partners” by European Union, but only as pedestrians in the geopolitical game. Today these gentlemen represent a great burden for the EU from which Berlin and Brussels want out.”

Now, after Poroshenko visited Israel in December and Dude visited Kiev which was a week before, with taking into account the assistance and support given to Ukraine, Poles expect from the Ukrainian leadership counter-reaction, in fact, an apology for the mass extermination of the organization UPA of Polish civilians during the Volhynian tragedy. And every man who thinks for himself it is clear that the Government of Ukraine can only apologize if it neutralizes Nazi rebels, or even better – get rid of them.