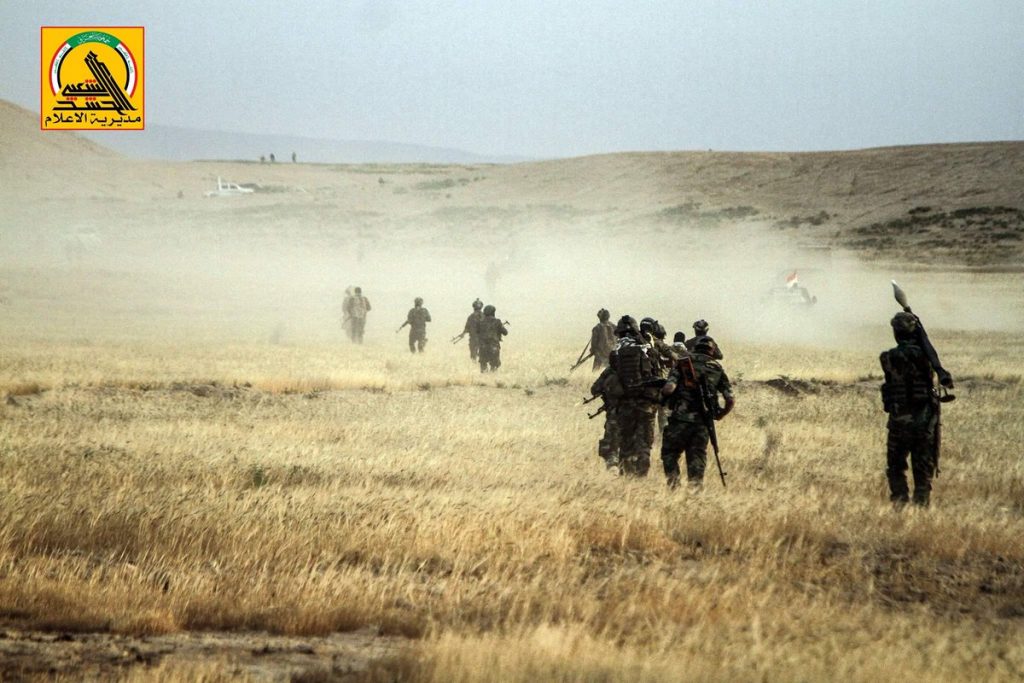 On Wednesday, the Popular Mobilization Units (PMU) repelled an ISIS attack on its positions in the vicinity of Al-Ba’aj west of Mosul.

The PMU is currently working to encircle Al-Ba’aj after reaching the Syrian-Iraqi border.

Meanwhile, PMU spokesman, Ahmed al-Asadi, announced that the entry of the PMU or any other Iraqi forces to a neighboring country requires the approval of the Iraqi Parliament. The Iraqi constitution prohibits any interference in the affairs of neighboring countries. He added that talking about any additional operations before the end of the fighting in Iraq is far from reality. 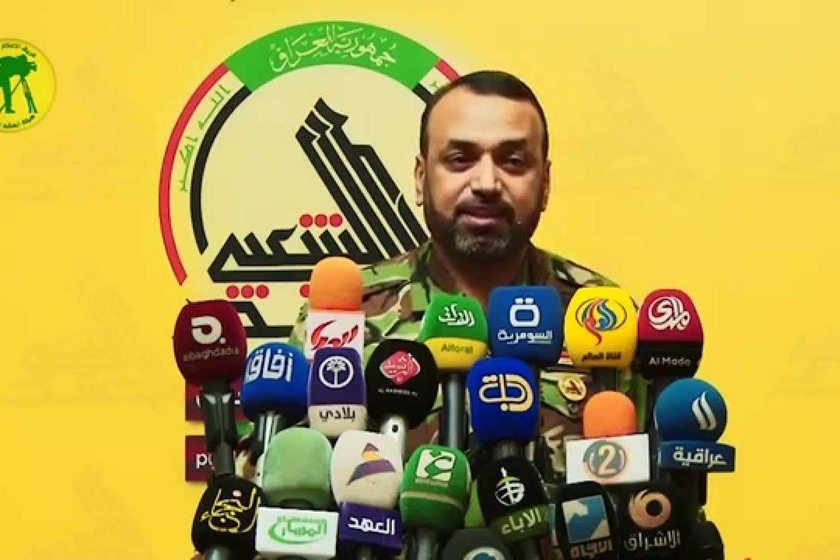 Some experts believe that Al-Assadi’s statement is just formal words. There are already members of some PMU militias inside Syria. Hezbollah al-Nujabaa, the Al-Imam Ali Battalions are already deployed in the desert of Damascus and the northern Suweida countryside. 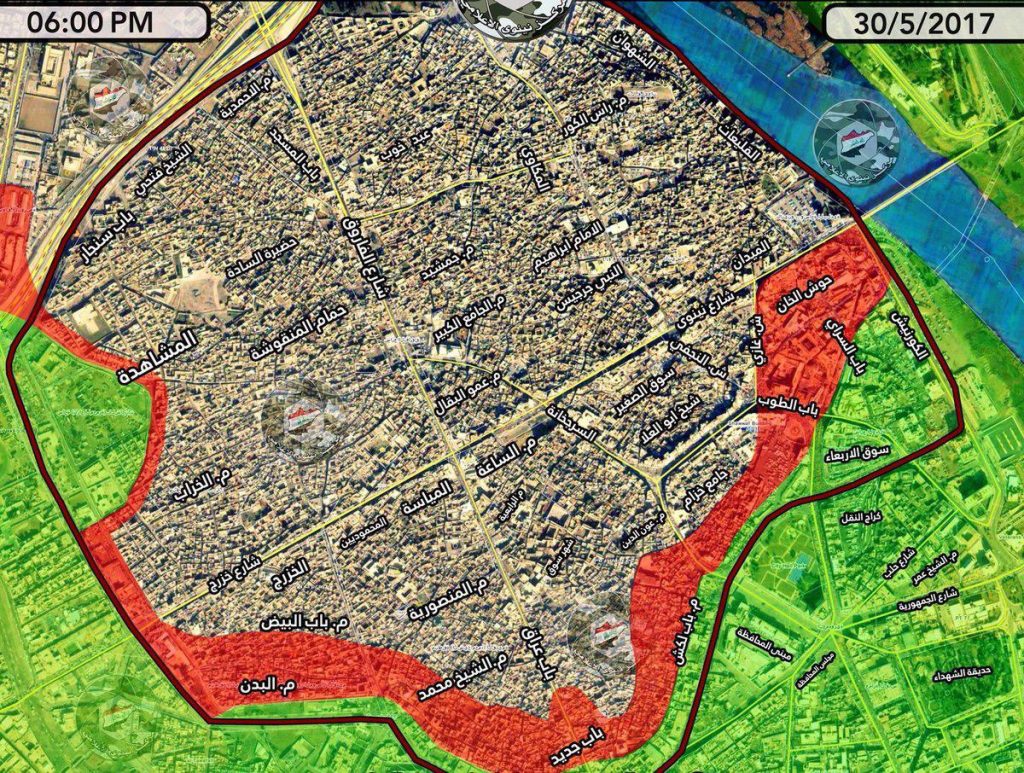 It also captured a number of ISIS rocket launchers in the Shifa district.

Furthermore, the Iraqi Federal Police forces launched a surprise attack on ISIS in the Old Mosul area, but was able to capture few positions only. 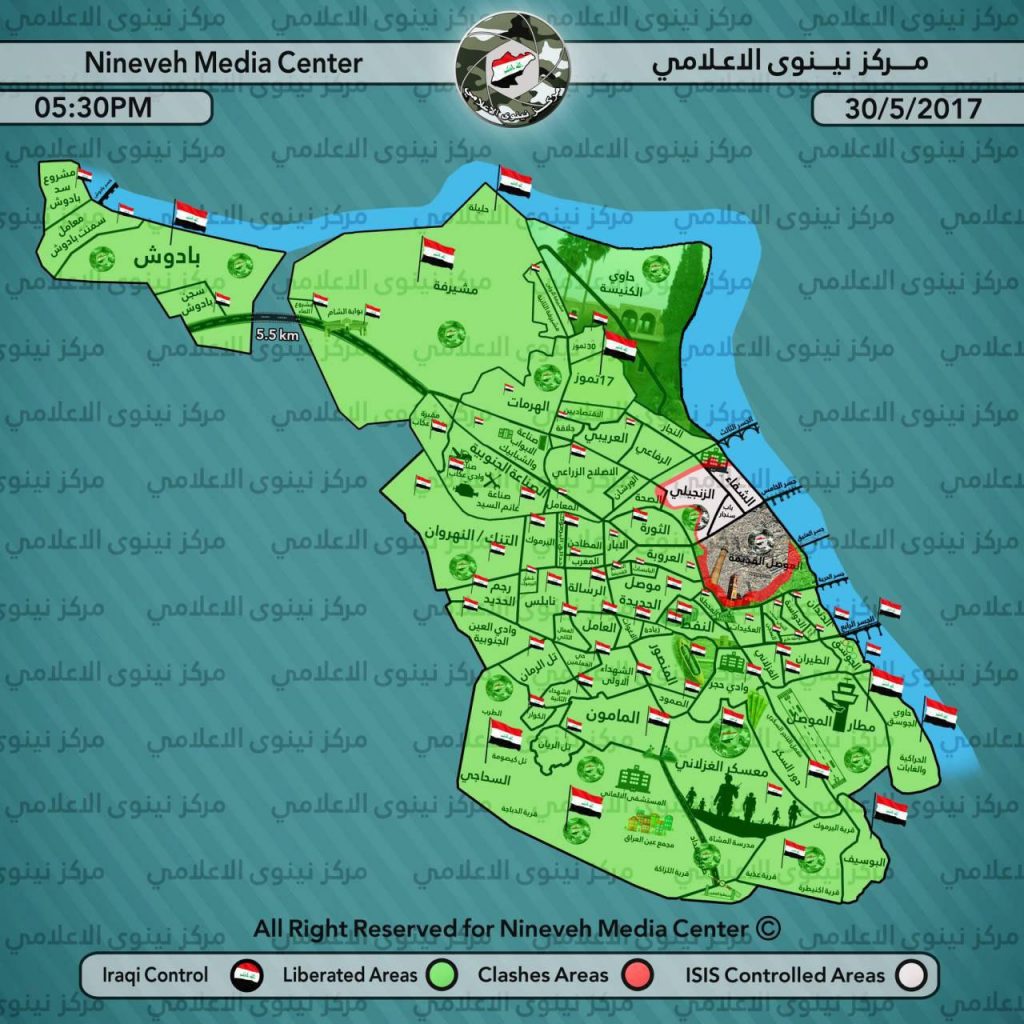 So what if this guy is lying about waiting with helping out in Syria until Iraq is completely liberated. The US and friends lie all the time about their no boots on the ground, so this is just what they deserve.

IS is responsible for Putin joining the fray, he pulled it off when public opinion in the US was in a clu-de-sac, Kerry got too close to al-Qa’eda and that became a problem when IS severed their association and decided to stand alone, this resulted in enormous interest in the Sunni World and recruitment went through the roof, exit Kerry enter Clinton, US had lost control of their auxiliaries, now Tillerson is remedying that by making the Kurds up to be the cats paw of US Foreign Policy, much worse than al-Qa’eda because Putin is on their side, repeat, Putin is on their side.

It has become complicated because it seemed that there was an understanding between the Syrian Kurds and the Russians/Syrians. I don’t see the Syrian Kurds as being viable without the Syrians as Turkey will overrun them and everyone else will sit and watch. Even then they are landlocked and would be economically impotent. Interesting times.

Not so long ago in Libya Jamahiriya was a totally lost cause, but now with Haifa it’s back on the Libyan agenda, so is war, because of support from CIA, Mossad and Russia. Mossad want anarchy to preserve their privilege, and Russia just hate Islam, the same motivations exactly for the support that the Syrian Kurds are getting. Syria would be lost to greater israel without Putin’s help, so you’re​ right it is complicated, but there is no fundamental conflicts between Syrian Kurds and the SAA same in Libya it’s only the ambitions of Abdullah Ocalan, Gulen and their henchmen, causing the rift. With Russia and the US backing the YPG Turkey won’t do much and the Kurds will change many names of Towns Villages and Cities.

ISIS were evidently beginning to crudely industrialize of the manufacturing of VIED’s and shoulder fired rocket launchers. That suggests some military engineers were amongst their ranks – now clearly easily be ex-Iraqi military engineers in ranks. But equally, given the role of Turkish military engineers in the organized reconditioning, and cannibalizing of parts for, the abandoned SAA tanks from the battlefield in Syria, for militants to operate, some interesting questions spring to mind…