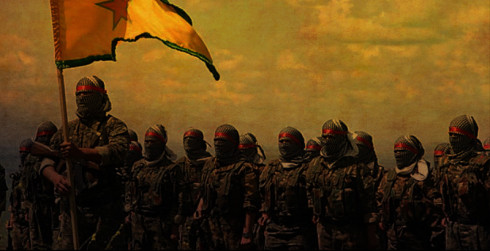 Written by Hedwig Kuijpers exclusively for SouthFront. You can read this article in German: LINK

The last three years have proven to be difficult years for the PKK. As Turkey has started operation after operation, increased its permanent military presence in the Kurdistan Region of Iraq, and has managed to expel PKK fighters from several of its camps in North-Iraq. Analysis of data sets concerning PKK fatalities, media announcements of the PKK, and statistics provided by a Kurdish human rights research institute, show a changing trend: PKK is drawing from PJAK’s pool of fighters.

In 2019, a year of which complete data sets are available publicly, the death rate among PKK militants, and particularly in northern Iraq, has risen. Ankara’s stepped-up operations, involving curfews, drone strikes and more state security forces, have killed higher numbers of seasoned PKK figures in 2019 than in any of the previous three years of escalation. This data does not include 2020 and 2021, in which Turkey has gained territory over PKK at a steady pace in North-Iraq.

Killing more PKK militants, however, is not translating into victory for Ankara as the PKK draws on fighters from outside Turkey and capitalises on pent up anti-state resentment among some Kurds.

“Ankara’s stepped-up operations, […] have killed higher numbers of seasoned PKK figures in 2019 than in any of the previous three years of escalation.” – Crisis Group

According to open-source data collected between May and September 2019, the Turkish army has conducted at least 76 cross-border air operations, most of them targeting PKK hideouts and ammunition depots in and around the Qandil mountains where the PKK’s “headquarters” are located as well as in Hakurk, in the north west of Qandil toward the Turkey border (see map below).

Crisis Group could confirm 101 fatalities linked to such operations in that area in 2019, of whom 90 were PKK militants and 11 were Turkish soldiers. 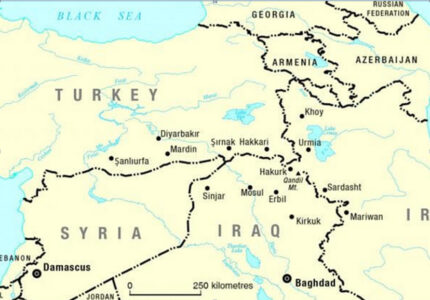 Assessing the hometowns of PKK fatalities

Besides the higher-ranking PKK militant fatalities, Crisis Group data on PKK militants killed in Turkey and northern Iraq between July 2018 and July 2019 (a total of 361) shows that around 8.5 per cent (31) were from western Iran, around twice the number in the same period of the previous year. The majority were born in Mariwan, Serdesht, Urmia or Khoy (see map above).

“This data suggests that the PKK is compensating for the manpower shortage in its insurgency against Turkey by bringing in more cadres from Iran.” – Crisis Group

It also means that the pool of recruits the PKK can draw on in its insurgency against Turkey goes beyond Turkey’s borders.

Although complete data of fatalities in 2020 and 2021 has not become available yet, through PKK’s tactic of swaying the public by delaying the death announcements, an increase of fatalities among Iranian members can be noticed by following the group’s announcements in their own media.

It is worth mentioning that data collected by Crisis Group may be incomplete, as it draws its data primarily from PKK-affiliated media channels, and PKK has been delaying the announcements of fatalities of fallen fighters, mostly of Iranian recruits. These delays can go up to 4 years.

Also, in data collected on PKK’s obituary website HPGsehit.com, can be concluded that from 37 killed HPG militants, 13 are Iranian. This predicts a rise in Iranian PKK fatalities. These obituaries consist of Iranian members killed in North-Iraq, in areas where Turkish military operations took place.

Yet not only in death announcements in PKK media outlets or data collected by Crisis Group this trend can be noticed, but also in media statements given by living militants.

An example of this, can be found in an article published by ANF, which includes video interviews and a written transcription in Kurdish of three militants, located in Gire Sor, Avashin region of North-Iraq. These members describe the accounts of alleged chemical attacks of the Turkish military in the area.

In previous interviews executed with ex members of the PKK was mentioned that this area previously held a quota of 2/3 members of Iranian origin per region.

“In the time I have spent in the Avashin region, ranging from 2013 to 2016, there were less Iranian members present. Our commanders would place only 2 or 3 Iranians in the Avashin region. The rest were members of Turkish or Syrian origin. Iranians that were recruited, would usually join PJAK, and thus be transferred to their headquarters in Qandil, or sent to smaller camps inside Iran.” – Dogan, ex-member of the PKK.

Yet, on this occasion, three living members of Iranian origin were interviewed by PKK media, in addition to 13 obituaries of Iranian members recently killed in the wider area, lead to the conclusion that the amount of Iranian militants in the area has increased significantly. 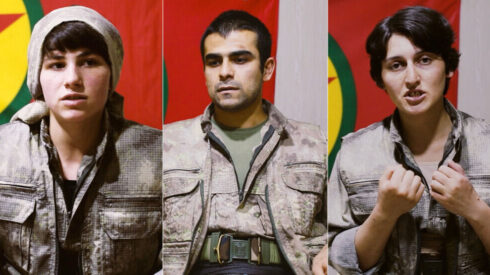 An analysis of PJAK’s activities within Iranian borders show a significant decrease in the amount of attacks, and also PJAK fatalities.

According to the statistics recorded by the Hengaw Human Rights Organisation’s Statistics Center, 11 PKK and PJAK guerrillas and a secret PJAK member were killed and one member was captured during the clashes during 2020.

Out of the total number of clashes in West-Iran, only 10 were carried out by PJAK and PKK guerrillas, which is 10 cases less than 2019. Although PJAK had been described as the most active Kurdish opposition group in West-Iran between 2006 and 2014, PJAK has disappeared more and more to the background in recent years.

A decrease in PJAK activity, a visible increase of presence of Iranian PKK members in North-Iraq in PKK-affiliated media, and an increase in Iranian fatalities among PKK members in Turkey and North-Iraq confirm the hypothesis that PKK has been drawing from PJAK’s pool of recruits.

A decrease in PJAK activity, a visible increase of presence of Iranian PKK members in North-Iraq in PKK-affiliated media, and an increase in Iranian fatalities among PKK members in Turkey and North-Iraq confirm the hypothesis that PKK has been drawing from PJAK’s pool of recruits.

This raises the question, what does this imply?

Different possible conclusions can be drawn from data available that implicate that PKK has been effectively drawing from PJAK’s pool of recruits and a decrease in PJAK’s activities:

More research has to be executed on the second and third hypotheses mentioned. Yet it remains very likely that PKK has suffered such significant losses throughout 2020 and 2021, that it needs to replenish its fighter reserves with Iranian fighters that have been previously trained and recruited by PJAK, and is thus drawing from PJAK’s pool of fighters.

Assad should do same to this unhuman brainless creator..

Iranian and Turkish armies cooperate there.

Today RT, very important for you, Putin talks about Israel,

If the Kurds had any sense they would side with the Syrian Governmeent and not play tricks as US Stooges. At one point this situation will be solved, and that is when the US will let them down and they will have the choice between Ankara and Damascus. In fact it is very sad.

Hash al shabi supplies pkk with rifles,cheap optics etc. they can supply much more lethal weapons if needed depending on Erdogans policies but Iran and Turkey are not enemies,yes they are politically competing with each other in some cases but absolutely not enemies.Kurds especially in Syria are embedded to Usa.No way they will choose the way to Iran.Dont fool yourself.

In the end, Kurds will fare best with having certain cultural rights in the respective countries they live in. The “European idea” of nation states isn’t working and should be abandoned. All states are mixed anyway. Nietzsche said it well some 150 years agon, namely that the so called “nations” (scil. states) are res facta or even res ficta, rather than res nata. (Meaning something made/constructed or even invented/made up rather than born naturally). As for Turkey and Iran, I think, if they can overcome their Ottoman – Safavi mentality, they can be reasonably well cooperate. Iran is invested in the Shi’ite Crescent in the West and backed up by the SCO in the East. Turkey, via its Turanic ‘brother-states’ might want to draw closer to the SCO at some point. They haven’t forgotten the “West’s” usefulness against, let’s say Russia (as in the Crimean war) but do know, of course, that NATO (i.e. the US) cannot be trusted.

Turks and Iranians have peace for 400 years.

You are saying some truths, however, Persians and Arabs have clashes from ancient times. Persians and Turks get along well.

the PKK are good people who fight for their freedom, they will always support the PKK