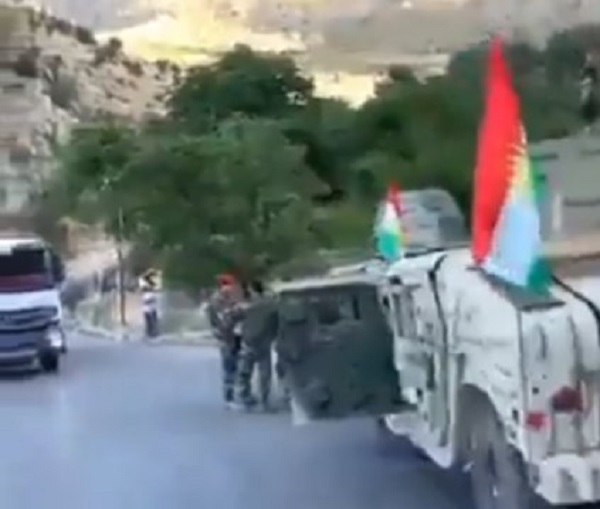 Heavy clashes have erupted between the Kurdistan Workers Party (PKK) and Iraqi Peshmerga, an armed force of the Iraqi Autonomous Kurdistan Region, after PKK gunmen attacked Peshmerga positions in the Mount Matin district of Dohuk province.

According to reports at least 5 Peshmerga fighters were killed and 8 others were injured in the incident. Peshmerga forces were reportedly working to remove IEDs in the area, which the PKK seeks to keep under its influence.

Following the incident, Peshmerga deployed reinforcements to the area to track and neutralize the attackers. However, so far, no results have been achieved.

In any case, the situation in Dohuk province shows the growing tensions between the PKK and the leadership of the Kurdistan Region that has constructive relations with Turkey.

driving american polluting ICE garbage…. they should go EC, but knowing how Un innovative Iraq is, they will always be purchasing hardware like SA. forever.

proud hindu , a rose by another name is still a rose.

Kurd versus Kurd….what’s not to love about that?

“leadership of the Kurdistan Region that has constructive relations with Turkey.” Turkey = Erdoganistan = ISIS

turkey and its terrorist gang are at it

My analysis, as far back as 2014, was that 1) Turkey would become more militant against the Kurds, 2) various factions within Iraq would as well, and 3) Iran would start to have trouble with the Kurds within their border. Why?

They all, especially Turkey, figured out that the Jews’ and their US Tyranny wardog planned to give the Kurds part of Northern Iran in exchange for their assistance in destroying Iran. Those actions in Iraq, and Iran, of course, and, especially Turkey, will not permit that.

i.e. their is more to come. Stay tuned.