The Kurdistan Workers’ Party (PKK) downed a Cougar military helicopter in the Senoba district of the Turkish province of Sirnak on May 31, the group claimed in a statement according to ANF.

The Turkish Army said on May 31 that 13 Turkish soldiers were killed as a result of the Cougar military helicopter crash in the area. According to the military, the helicopter crashed after getting caught in a high-voltage power line.

Sirnak is a constant area of clashes between PKK members and Turkish security forces.

Go PKK ! Now go out an kill some more of those Zionist / Wahabbist Turks. Destroy NATO.

I think at this point the Zionists want to betray Turkey and start betting on Kurds, the failed CIA/Mossad orchestrated Turkish military coup is proof of that.

The creation of an illegitimate fake state called “Kurdistan” is perfectly aligned with Israel’s Oden Yinon Greater Israel Project as any type of Kurdish separatism helps balkanaize the region and weaken all nations in the region paving the way for Israeli expansionism.

Erdogan is not crazy (or a smart bastard), Turkish soldiers are also Kurds!! a MOB production & realisation.

How the fuck does a helicopter in front line get caught up in high-voltage power line. Helicopters in combat zones almost NEVER fly that low. Nice excuse Turkey.

The pilot saw a pigeon land on the cables and thought “Huh, whatever a pigeon can do, A TURK can do at least 5 times better!”, and that’s how it happened… There’s your explanation you skeptical man. In Turkey your skepticism for the official turk information would have you thrown in jail. xD 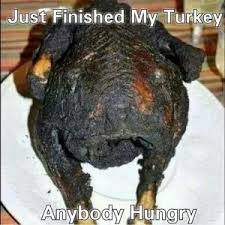 If corrct, then thumbs up for the PKK.

If you want to understand why the Kurds are so strongly supported by the Zionist West, notice how perfectly the borders of planned “Kurdistan” match with the borders of planned “Greater Israel”. Two illegitimate fake states to be created through force and the destruction of all nations of the region. Of course once it’s all said and done “Kurdistan” itself would be thrown under the bus to prevent any rivals to Israel’s dominance.

Dangerous escalation. A lot of Kurds are going to get killed if they carry on like this. US is encouraging this and then planning to sell weapons to both sides again so that the conflict becomes long and intractable.