On November 17th, the Armenian Military Portal released information regarding corruption in the country, as it had vowed to do so previously.

The portal released leaked documents revealing an international criminal fraud organized by the Ministry of Defense of Armenia on a large scale.

In particular, an agreement between the Armenian Defense Minister and a dummy private person David Galstyan (Patron David) on the creation of an offshore company “Mosston Engineering”, according to which the offshore company borrows $3.5 million from the Ministry of Defense, was released online.

Furthermore, a document was also leaked, which gives the offshore company exclusive rights to purchase military equipment and ammunition on behalf of the Armenian Defense Ministry.

This private figurehead is on the international wanted list, criminal cases have been opened against him, in some countries he has been declared persona non grata, in particular in Russia, Lithuania, the United Arab Emirates and in other countries.

In Armenia, “he” is financed and closely cooperates with the Ministry of Defense and even appears in videos with high-ranking generals.

This offshore company was engaged in money laundering acquiring faulty and decommissioned equipment from the former post-Soviet countries and not only, and it sells them at brand-new-price levels.

So in recent years, faulty Osa air defense systems from the 60s and the M55 memory of the 50s were purchased from Jordan for $27 million.

The decommissioned Soviet shells from Kazakhstan were purchased for $30 million.

There is also evidence that a dummy private person of the Ministry of Defense attempted to initiate cooperation with the Turkish security forces.

The portal received documents confirming that the offshore company Mosston Engineering acquired units of AK47 cartridges worth 10 million rubles from Kazakhstan and transferred them to the territory of Turkey.

As it is clear, Turkey is a NATO member and does not use AK47, so it all comes down to the fact that the ammunition was intended for pro-Turkish militants in Syria, who use this ammunition not only against Assad’s government troops, but also against Russian troops operating in the Syrian Arab Republic.

The list of purchased shells for military equipment that is not in service with the Armenian army is also long. The Armenian Defense Ministry has turned into a huge money laundering factory and a staging post for the supply of ammunition to Turkish terrorists.

All this illegal activity of the Ministry of Defense under the leadership of David Tonoyan is naturally known to the special services of all states, which could lend a helping hand to Armenia during the war, but did not.

But they did not do this for the most part precisely for the above reasons.

If, after the appearance of these documents, the National Security Service of Armenia does not launch an investigation to clarify these circumstances with the ensuing consequences for the perpetrators, this will only mean that the Armenian government, headed by [Prime Minister] Nikol Pashinyan, is also involved in these corruption schemes,” the Armenian Military portal said.

The screengrab below shows the mysterious David Galstyan.

David Galstyan, which is a pseudonym (also known as Patron David), a civilian, accompanied by the Minister of Defense of Armenia, the head of the General Staff of Artsakh AO and the chairman of the Security Council of Artsakh AO in the Headquarters of Artsakh AO. Below are documents which show the following, which was, at length, described above: A war merchant makes money from both sides. lol Looking at the amounts, that is what can be purchased-decommissioned equipment. If they cant buy, then they should have produced it by reverse engineering or making their own local solutions.
With such a small budget, decapitated military leadership, handicapped politics, and obsolete strategy against new tech and a bigger economy, the result is obvious.

Im not taking side but look and read. My comment about it is they didnt protect their tanks and armed vehicles as they could and should even the many drones by strange reasosn came as a surprice.

And one more: The west has invested much iinto giving Armenia new structures. Where is all that in this. The result there should not be like in Russia, where the Bolsjevics won even most of the population was not.

Ha ha what the f*** “west” gave to Armenians???? Or to whom ever??? Other than stealing, looting,war, destroyed economies and corruption your fu***** “west” NEVER gave NOTHING to nobody!!! You are talking EMPTY capitalist-fascist PROPAGANDA! By the way the Bolsheviks were westernrotschildvatican creation!

Next time You have to pay me for sending links…

Why did Armenia occupy land back in 1990’s is beyond me. They had it coming and were not even preparing for the worst.
What strikes me the most tho are those few ”analysts” who believed in Armenian victory.

Nothing is certain in war. Odds can be beaten.

I do agree but with all these new weapons like drones etc… It’s really impossible odds.

Armenia should have purchased anti drone systems from Russia. Like Pantsir. It was raining drones in Libya. Its just amazing how they didnt purchase any of this stuff

If You dig deeper, and You can, there were many Armenians there too and a Majority in NK.

Ny that it makes alo lot of senes. he åprobæem is and was both cannot have it at the same time. Tpy can see it in the num,bers of refugeees and detailes for the killed by a kind of genoside.

Its an old dispute. If I had decided the way back in 1878 – eigtenhundred and syventy eight. The Armenians again should have their own very big autonome in the POsmans and in the zone taken by the Russians.

But after the killing, where many other has been killed too it makes no sense to look in the past like some of the armnians do. Azerbaidianians are not nice people as well. Others has been their with dirty hands in their soup.

The Russian solution with Arms and Azers in the same Region or Oblast made sense,.

But now they both and mainly the decidinf parts of Armenian parts have no realisme for the furture.

I hope You understand Armenians once upon a rime ago TWICE was a very big country and they during time systematicly has been reduced by the Muslims.

If they were like now they never een today was no keeper of the Holy Grave in Palestine/Jerusakem today. The relaly was something, but it was 6 to 700 years ago and completly irrelavnt to fx med today.

In the other hand I do wish all well there and there are other very bad agressors there and several genosides before the 1,5 mio by Osmans. And almost all of it is against Cristians(mainly Assyrians).

Azerbajani president said that Armenians can stay. Something that Armenia had to do back in 1990’s. Instead, Armenia expelled and massacred other ethnic groups. That’s where Armenian failure lies in, in last 30 years of failed diplomacy. If Armenia had more weapons it would just increase casualties on both sides and prolong the inveintable Azerbajani victory for some time.

Thanks for the information. I follow other conflicts well and cant take in how they behave at each other there – again.

I dont see both sides of it. I see one well documented in a very dirty business.

Cannibals do the job here.

There is similar corruption in all sectors of many nations but the scale of it in Armenia (who was the occupier of other peoples lands) is very alarming. Such treason is unimaginable, especially because Armenia had war coming to the since it was natural for Azerbaijan to return it’s territory.

remarkable the corruption and absence of preparation—it is shocking how poorly Armenians defended themselves…only rivaled by the corrupt amerikans where their military pays $1000 for toilet seats and 1.5 $ trillion for worthless f35

And Armenian Politicians including Pashanyan Always praise themselves of being ‘democratic’ compared to others. These revelations are really interesting!! It seams the loss was coming and a big one for that matter!

There it is, Soros appointing traitors to betray Armenia and Russia.

Even betraying Armenia to Turkey!!!!! 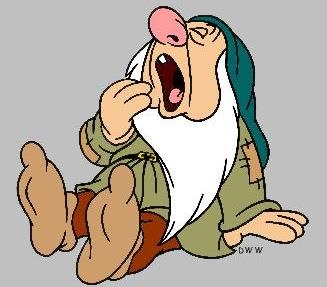 Presenting yourself first as pig and now sleepy?

Im bored. Too much is about others are doing for themself even blaming others for it

some cechas vodobenikov is a very goodd example believing SPUTNIK as TRUE more then any muslim believed in Islam.

…I will remind You pigs under the rright conditions are more clever then most here and probarly smell better to. In contrast to humans here, they do eat everything only take it as good food, and we eat them 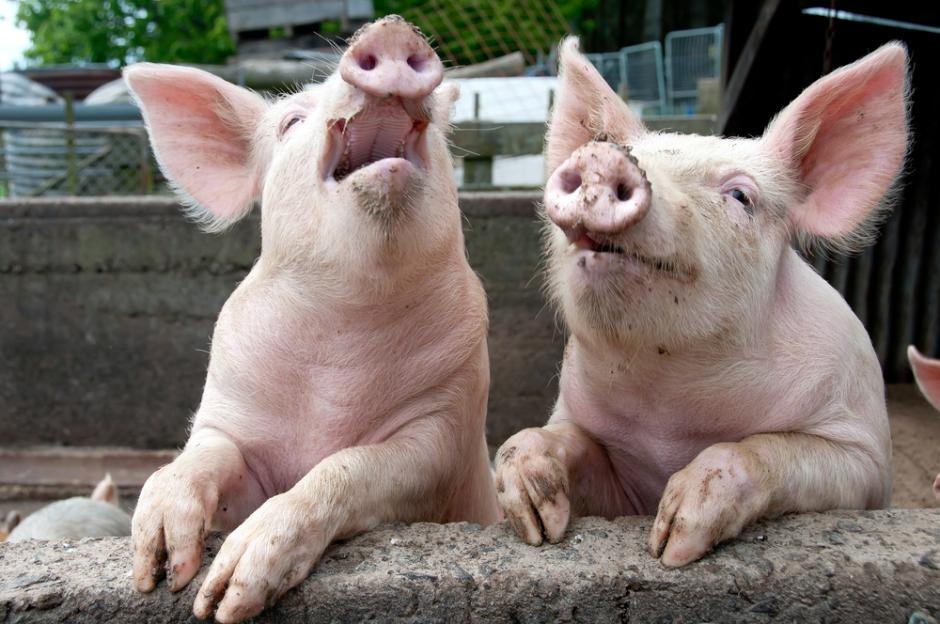 You misunderstand everything as many already told you.
Other people dont believing in SPUTNIK as true or false. Only children believe.
It means Cechas and the people who rad SPUTNIK evaluate each article for facts and substance as adults. They find substantial information of value, therefore they read it.
You and your pals only read media per group thinking. If majority or authority confirm a media, you read it as you need authority to guide your life.
The problem with industrial pigs is they live under so dirty and lousy conditions to save money, so they eat their own and other pigs faeces and vomit which go into the meat.
Muslims know that.
They shower 3 x day, put perfumed natural oil on their skin, brush tongue and mouth inside, put a scarf on their hair to avoid dandruff, dirt and hair in the soup and to avoid irritation when the work, thus thus being completely clean.
Then they avoid pig meat because it is unclean, teach all their boys math, gramma, physics and about the universe, and teach their daughters poems and how to manage a household.
Thats why you and so many Danes hate muslims, because your own armpits smell from max 1 shower a day, you dont brush tongue, and you eat pig meat with faeces and vomit, and your women are bad dressed, bad smelling, disorganised, and dont know how to make poems while they claim uncleanness and lack of basic math and gramma skills is freedom as they recognize only money as a parameter.

Just another item in the long list of reasons, why Armenia was at a serious disadvantage in the NK conflict.

It is very surprising that Pashinyan has not been ousted as of today.

It is not at all surprising. His owners required him to lose. His owners still have a use for him.