On October 29th, the US published first ever photograph of a “358” surface-to-air missile, which is Iranian made for an “358” unknown air defense system.

The photograph was released in the filing of a complaint to forfeit two shipments of Iranian missiles that the U.S. Navy seized in transit from Iran’s Islamic Revolutionary Guard Corps (IRGC) to militant groups in Yemen, as well as the sale of approximately 1.1 million barrels of Iranian petroleum that the United States previously obtained from four foreign-flagged oil tankers bound for Venezuela.

These actions represent the government’s largest-ever forfeitures actions for fuel and weapons shipments from Iran.

“The two forfeiture complaints allege sophisticated schemes by the IRGC to secretly ship weapons to Yemen and fuel to Venezuela, countries that pose grave threats to the security and stability of their respective regions,” said John Demers, Assistant Attorney General for National Security.  “Iran continues to be a leading state sponsor of terrorism and a worldwide destabilizing force.  It is with great satisfaction that I can announce that our intentions are to take the funds successfully forfeited from the fuel sales and provide them to the United States Victims of State Sponsored Terrorism Fund after the conclusion of the case.”

According to the US, the missile fell into US hands thanks to the actions of USS Forrest Sherman, which hijacked a small boat that Iran was using to supply weapons to the west coast of Yemen, back in February 2020.

Very little is known about the 358 surface-to-air missile and the system that launches it. A distinctive feature is its compactness, which allows it to be launched it with a small calculation from a mobile platform like a pickup truck.

Using micro-turbojet engines, the rocket is thrown to the required height, after which the propulsion engines are turned on and it begins to move towards the target.

The missile can stay in the air for a long time and is both a loitering munition (which has already been tested in combat conditions in Idlib, where Iran destroyed a fuel depot with it), and as an air defense system, destroying helicopters, large and medium-sized UAVs, attack aircraft and careless aircraft that do not expect that in the absence of active air defense systems, with it from the ground they can throw a rocket at a supersonic speed of 8 km (which is significantly higher than the standard ceiling of modern MANPADS), and then on sustainer engines with a lower speed even up to 12 km (in any case, these are the parameters declared for it) with a range of up to 100 km.

According to a number of reports, such missiles are already in service with Iran and have even been supplied to Venezuela.

The missile itself was declassified by the Americans, who published the photo of an Iranian missile seized from arms dealers who were allegedly engaged in ferrying this missile to Yemen, along with a batch of ATGMs for the needs of the Houthis. If this is true, then perhaps Iran wishes to test its new missiles on the UAE and Saudi Arabia air forces in real combat conditions, and taking into account the fact that they are armed mainly with American equipment, then in fact to test missiles against American planes and helicopters.

One report, by an author who followed this development at the beginning of 2020, made the assumption that a CIA plane over Afghanistan could have been shot down by such a missile, since the American board was flying at a height where it could not be reached from MANPADS, but just in the range of Missile 358.

➡️ Below I outlined the technical details of it

Its an indicator for Iran becoming a missile innovator

Russian analyst Colonel Cassad also published a comparison between the Russian Pantsir missile and the alleged characteristics of Missile 358. Hmm this looks like our, Serbian, ALAS missile that is for ground targets. With such large wings and wide camera nose I doubt it can reach high speed to intercept fast moving aerial objects like planes, maybe helicopters and slow UAVs. Maybe those large wings drop when missile has to accelerate? I see it more like air to ground or ground to ground missile or loitering munitions.

If the speed is around 510 m/s (what bugs me though is primary link antenna don’t think it can sustain that speed), then it can be used for fast moving aerial objects.

A unique photograph.. eastern and western aircraft operating together a Russian MIG 29 and a F-14A Persian Cat on recent Defenders of the Velayet Skies excercises. 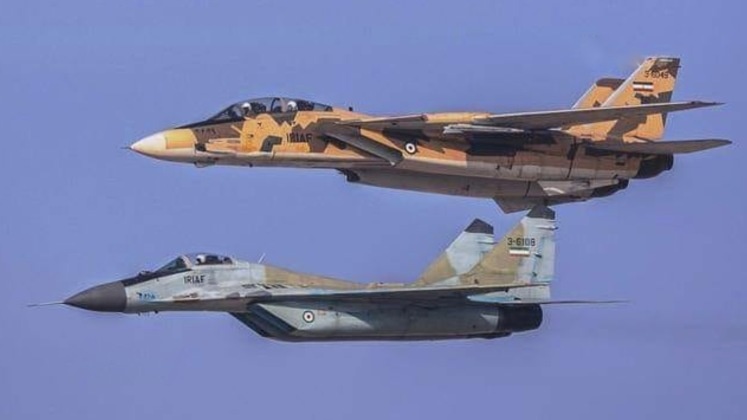 Loitering munition against helicopters, UAVs and CAS planes. Good and innovative invention. Imagine, if we change hull of steel to composites, engines – to more economic, electronics – to more advanced version.. Then it’s possible to create LM with longer range, altitude and payload. Launch tens of such LMs, which staying at air for many hours, and you will get passive (without radars and radio-emission) anti-air zone. If a target not found, LM can land with parachute. No need special vehicles, ordinary truck can be a starting platform. Several truck can deliver whole flotilla. May be not so effective, but much cheaper than traditional AA system.

good, the Iranians can make the most astonishing stuff so the jews in palestine, the ultimate goal for the world to get rid of, will be targeted by the entire middle east and Iran will be the one that closes down the illegal jewish state in Palestine. joined by turkey and syria and iraq the jews will be mince meat, soon to be forgotten.

God to hear your words! Amen!

>>John Demers, Assistant Attorney General for National Security.<<
What an ass. What have the Houthis or Venezuelans actually done to 'destabilize the region'. He's another war criminal.

They are even unable to create stories of how ‘great’ they are. Its now clear that 2020 election will become ‘an African Election’ where results are contested before the elections is completed, which lead to wars or Skirmishes. We are truly living in interesting times.

Iran has many surprises and only shows the tip of its muntions iceberg. 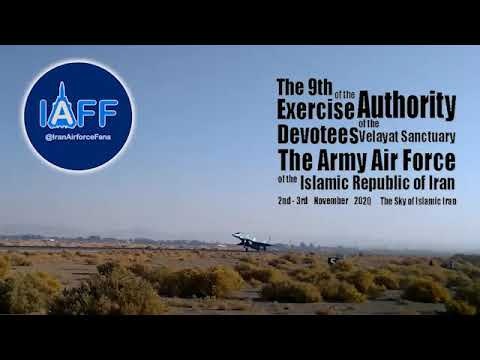 In addition to the Qassed (lit. ‘Messenger’), classified as a 900 kg
‘smart’ electro-optic-guided munition, F-4s fired Maverick tactical
air-to-ground missiles, with both classes of missile detonating on
target with pinpoint accuracy, according to drill spokesman Brig. Gen.

Iranian F-14A undergo complete overhaul of airframes and weapons systems with new AESA radars and a range of weapons systems that include Russian R-73E, Iranian made AIM-54A+ “Fakkur”, AIM-54A, AIM-7E-4 and AIM-9J. 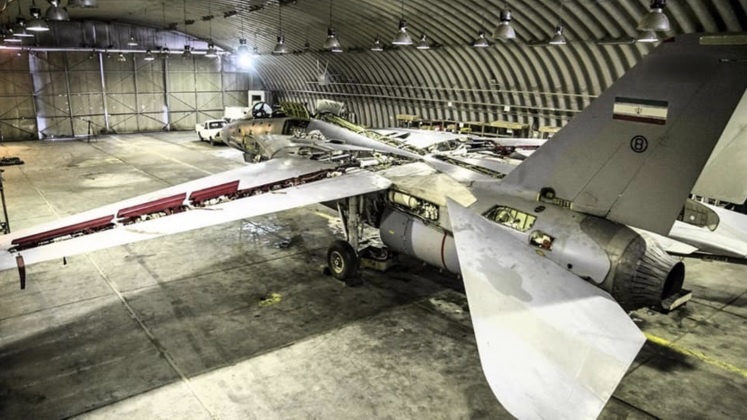 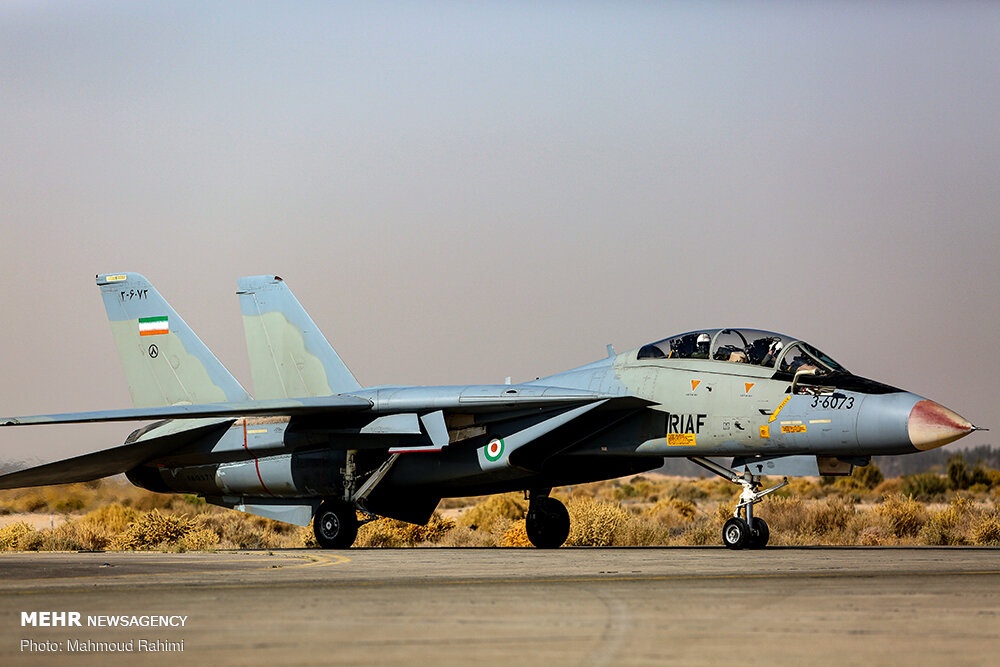 This is hardly anything new, I have been posting on new Iranian weapons systems for years. These are 5.5KG loitering munitions that Iran recently tested in the Defenders of the Velayet exercises. These munitions are almost suitcase size and highly effective and deadly and have no defense against. Iran’s doctrine is to saturate the battlefield with loitering munitions with both HE anti-personnel and anti-armor warheads. These smaller and undetectable munitions are cost effective and can loiter over localized targets for up to an hour giving them enough time to stalk and kill. Hezbollah has also acquired them, and with the congested environment of northern Occupied Palestine, the ZionistCUNTs will pay a very heavy price and that is why they are scared shitless. Iran has recently used munitions to great effect in Syria taking out headchoppers, their munitions dumps and even artillery pieces. Iranian and independent analysis shows an almost 100% kill probability. They are ideal for asymmetrical warfare and can be launched by a single operator and carried on pick-ups or even mules. 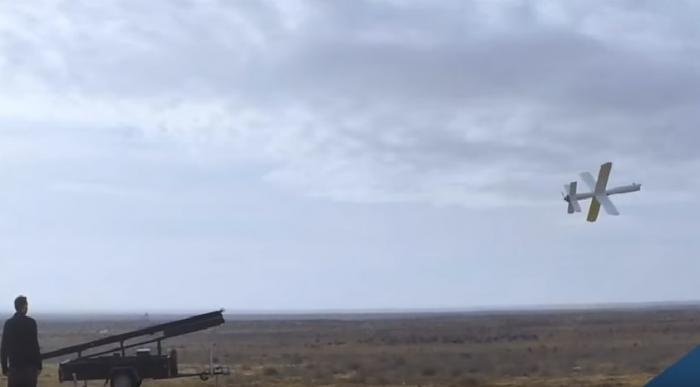 Thanks for your incisive information. Good to see you back.

The most overrated country is Iran and a well known paper tiger. they got ran-over by non-state actors in the Rebels and couldn’t defend Assad and then in 2015 Solemni went to Moscow and begged for help from putin and that without him Assad is doomed. That is how Russia intervened due to him begging Putin for help since he failed to do so and his country admitting defeat in Syria. Against a effin non-state actors Civilian rebels?

How weak most you be for not being able to shout down a non-state actors in 5 years? and being over ran by them until they almost captured Damascus

Exactly.
How weak must you be for not being able to shout down (what the hell?) a non-state actor in 19 years, losing most of the occupied country to them and finally put your tail between your legs and flee Afghanistan after murdering hundreds of thousands, displacing millions, spending countless lives and trillions of dollars?

Speaking of over rated paper tigers!

I think it takes longer when the non state actor is their own creation. A pet enemy, if you like….

Blue In Green
Reply to  Garga

Take a look at this!

Blue In Green
Reply to  Garga

This is seriously impressive!!

Garga
Reply to  Blue In Green

And thus answered the question many asked: How does Iran plan on firing 100,000 missiles?

United States of Zion*
There I fixed it for you bud…now stop playing with your balls and go to school. :)

BTW you sound like mad Iraqi Sunni….Iran cucked Saddam -> Iraq had the 4th most powerful army in the world, which had the support of Wahhabi States + Zion + West and Russia.

How weak must you be for not being able to shout down a non-state actors in 5 years? and being over ran by them until they almost captured Damascus

Buddy do you read news? Because somehow EU now is “over runned” by 4~10 Wahhabi Sunnis…look at France LMFAO can’t do shit LOL.

Enjoy the latest drone then dumbass. 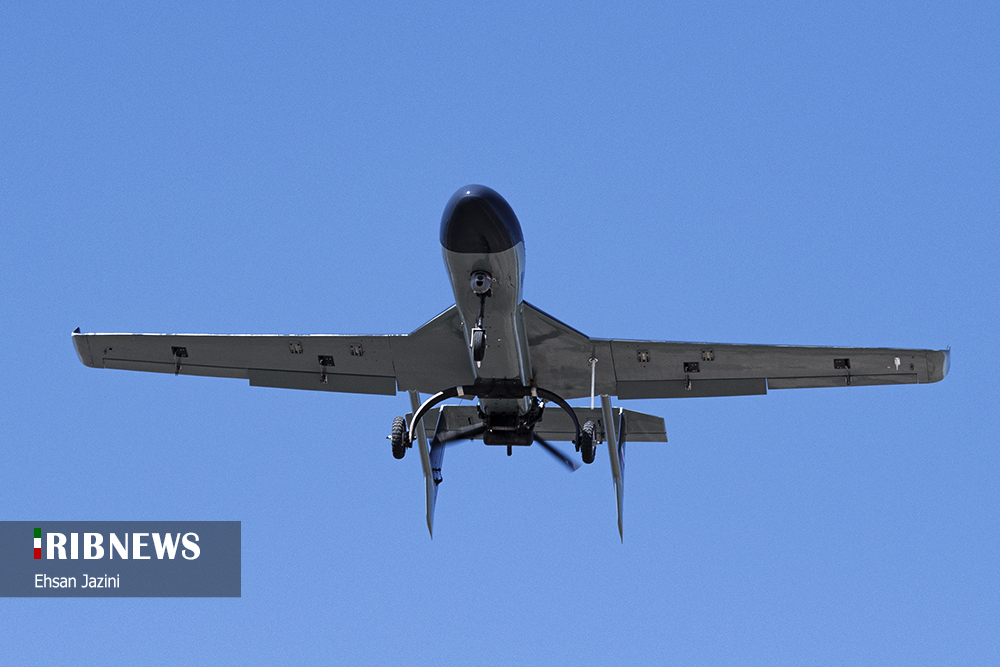 crying in your trailer in Kentucky?

In a recent article titled “How Iran Could Take Down an F-35 Fighter in a
War,” The National Interest wrote that the F-5, floown byvery skilled Iranian
pilots possess the agility necessary to gain the advantage over an
F -35. The same will be true of their upgraded F-14s: “Aerodynamically, the F-5
will always be what we call a category three fighter, where the F-35 and
F-22 are now category five fighters. Compared to modern hunters, it is
underpowered not to mention that it has no stealth other than its small
size. But with just a few modifications, which the Iranians did, the F-5
is turning into a threat plane with a legitimate sting. The latest
Iranian upgrades include a [AESA scanning electronically] radar, good [radar
warning] gear, chaff and flares, a jamming pod, and a helmet-mounted
spotting system for IR (infrared guided missiles) ) offline. Ditto for
the Iranian F-14s which could prove fatal for our F-22s, ”wrote The
National Interest.

Frankly speaking, you are full of crap.

no iranian markings or farsi writing to indiciate it is iranian

Frank
Reply to  Assad must stay

Good call, it is quite curious why all markings are in US industrial technical English?

Assad must stay
Reply to  Frank

Cuz they are prob nato or US weapons

Those are fakes and from NATO stocks, made to look like Iranian weapons. 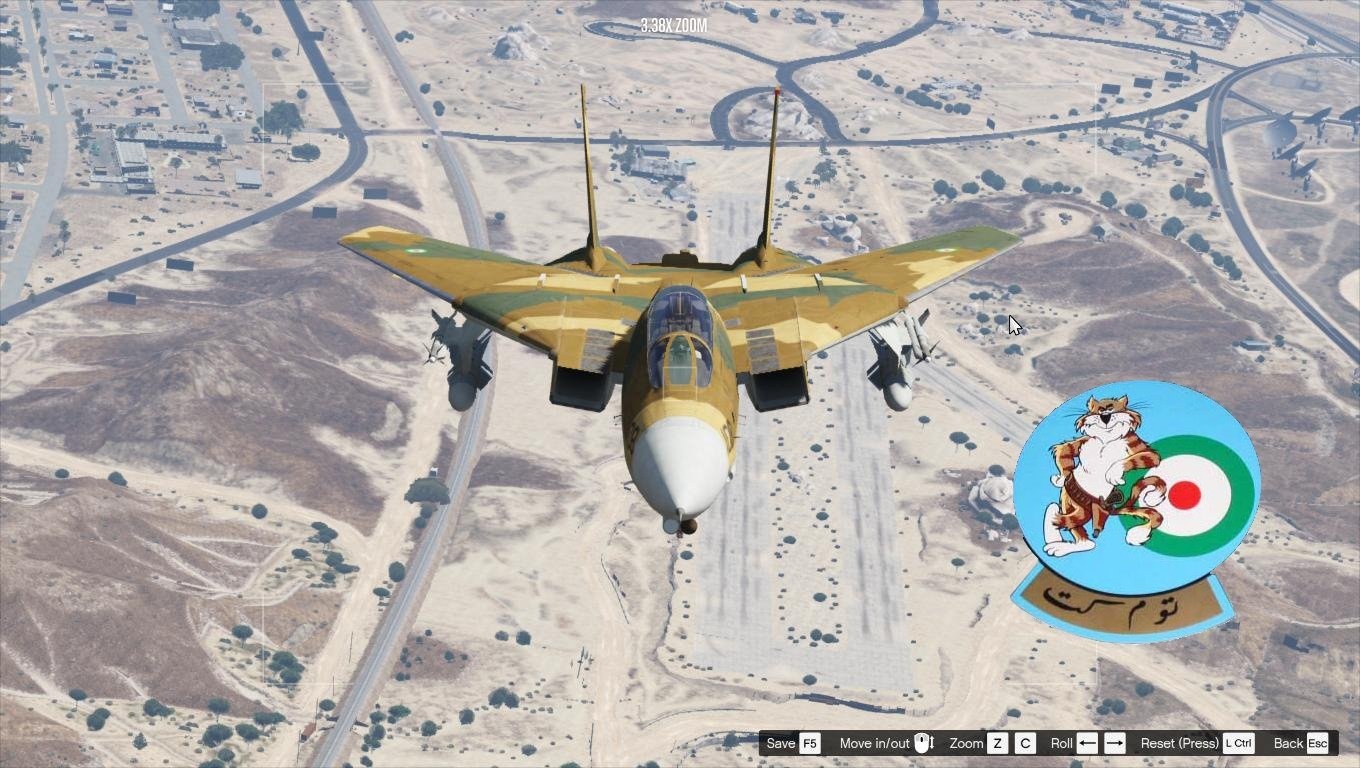 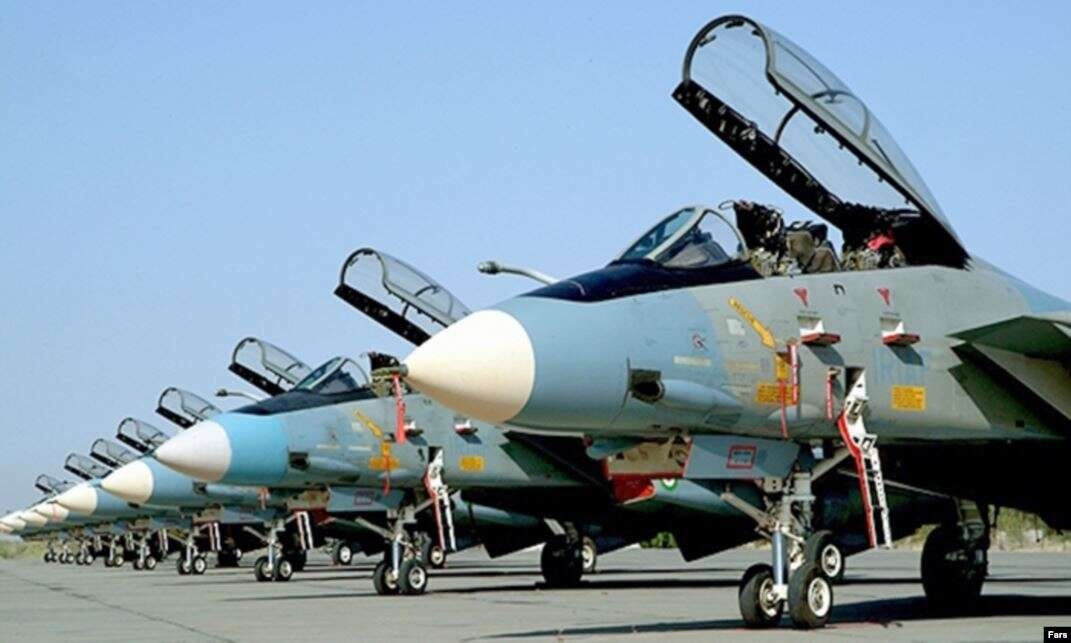 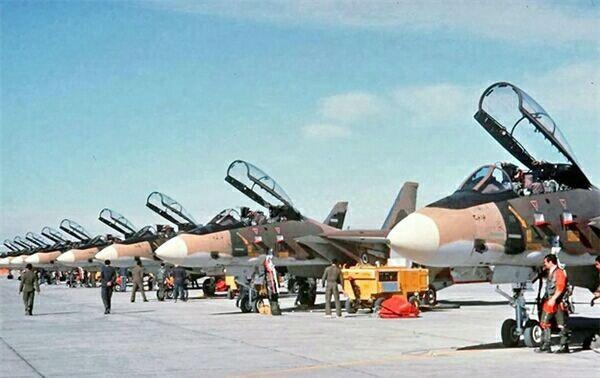 after Iran received full payment from a 3rd party US paid more to this shadow and claimed they seized it; bizarre children; probably these were purchased from croatian mafia

This is the usual inept modus operandi and fake narrative of the CIA, however, it is quite strange that all the marking on these supposedly intercepted weapons is in clear American English and not in Farsi. Iran is very proud of its defennce industries and all its weapons have Farsi DIO markings. This certainly CIA fail.

Quite curious, why would Iranian weapons have English markings? something is fishy.

More photos from the Defenders of Iranian skies. 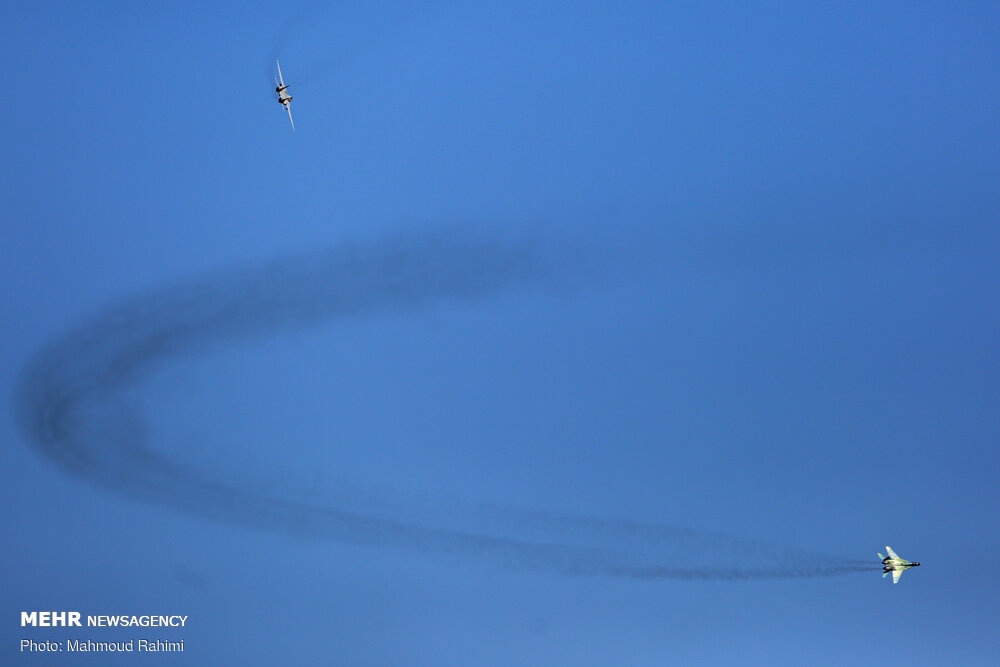 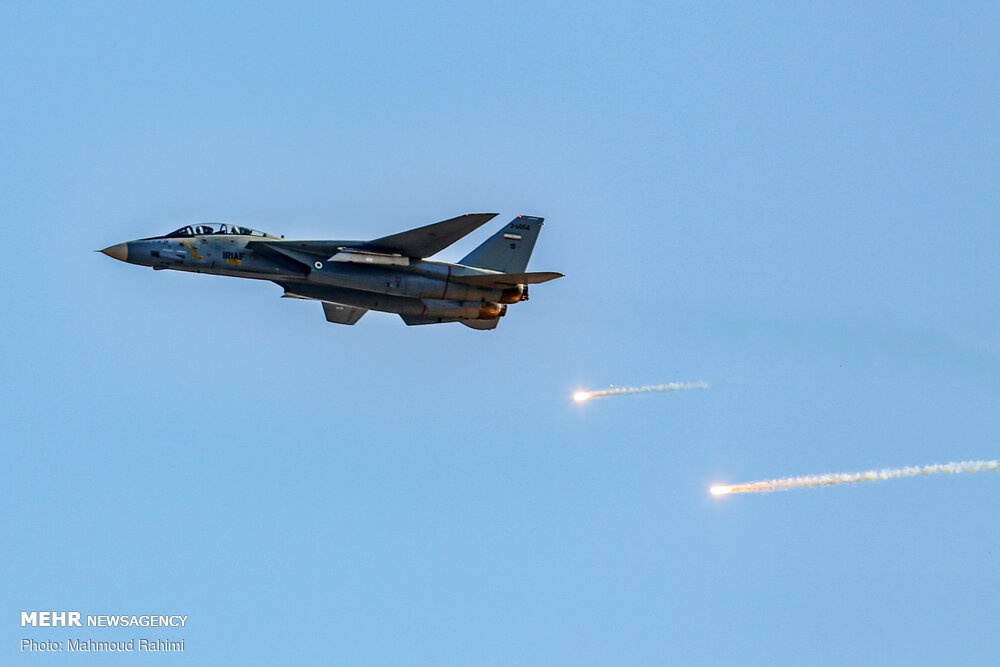 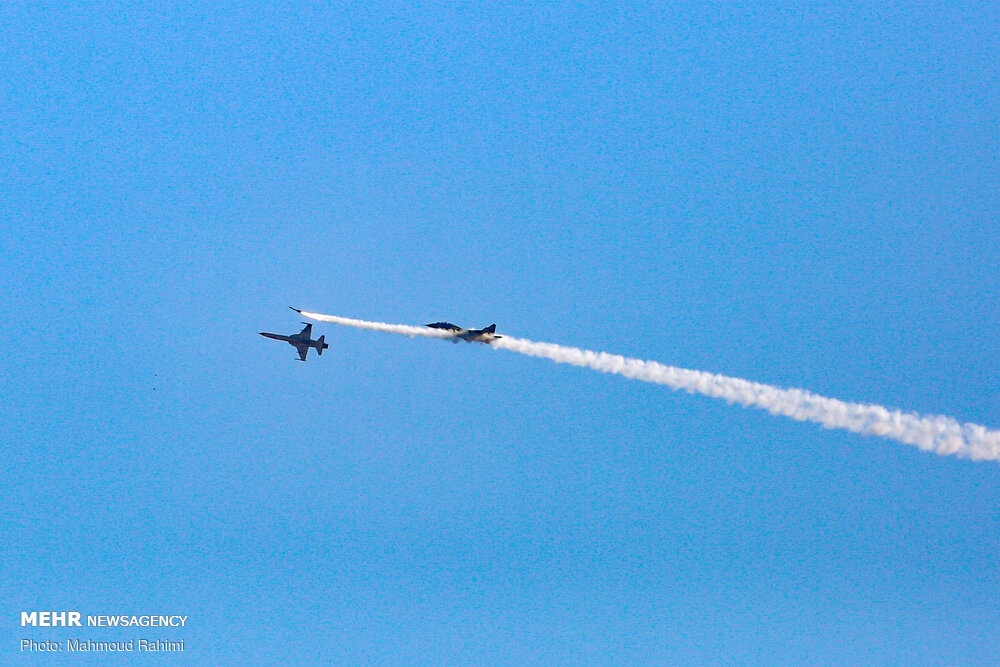 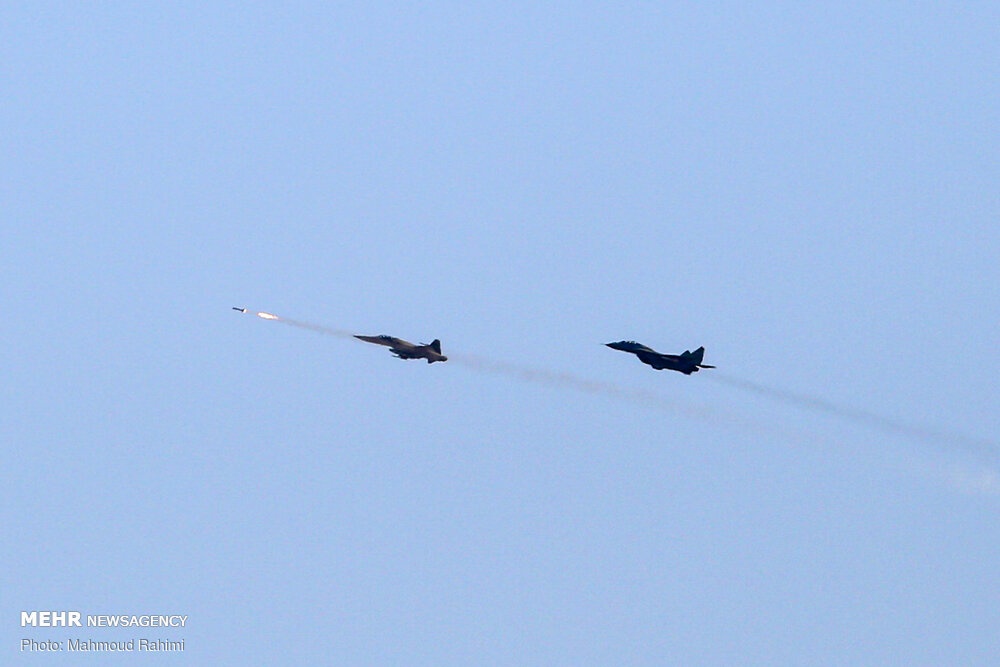 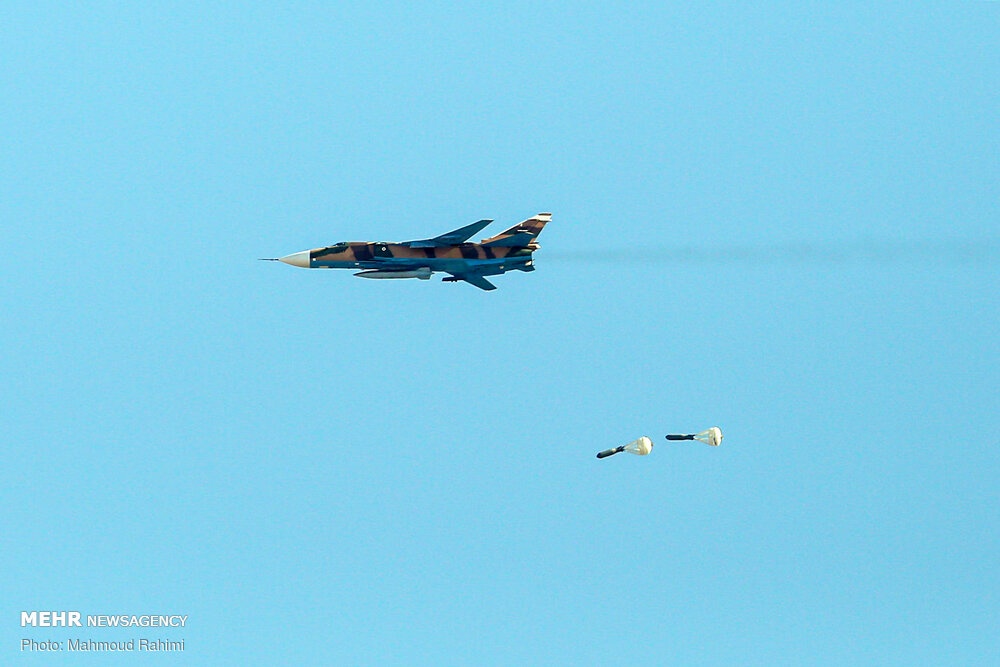 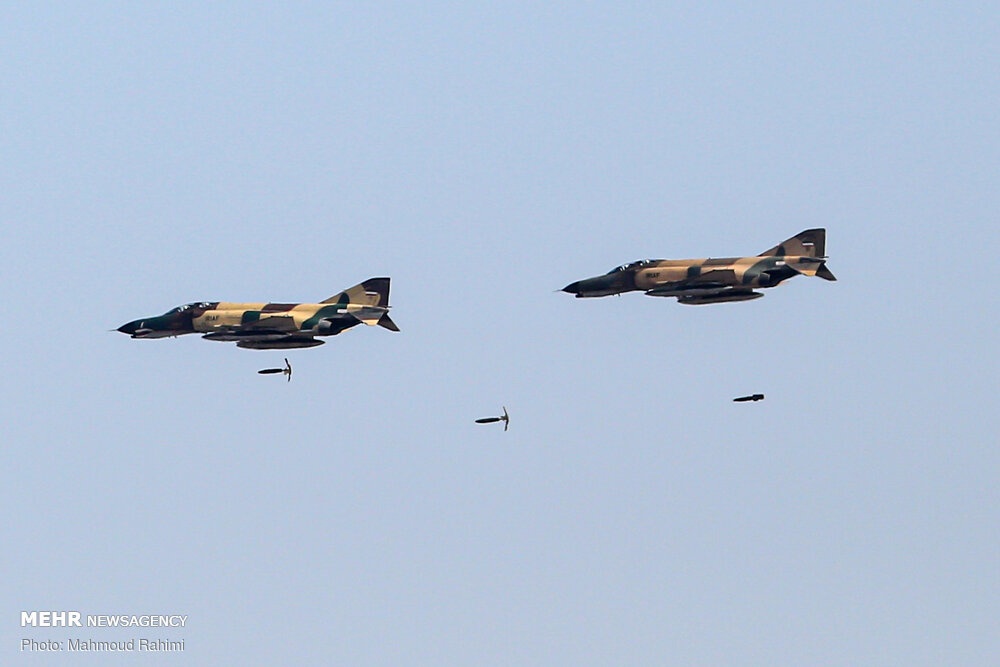 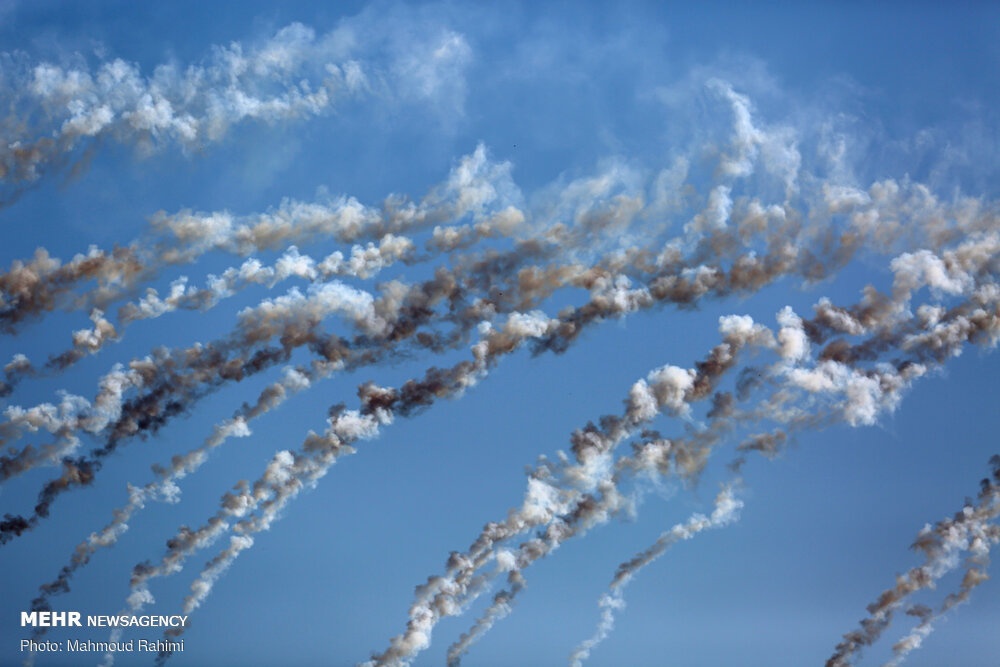 Why would Iran be exporting western marked English inscribed weapons to anyone?