Both China and the Philippines have claimed the Scarborough Shoal, a territory to the west of the Philippines, situated in the middle of lucrative trade routes. 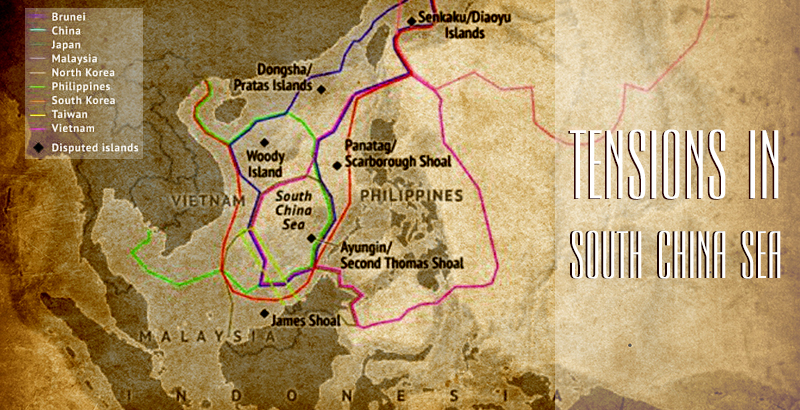 On Wednesday, the Pilipino President Benigno Aquino III said that the Philippines is considering buying its first submarine in response to the mounting crisis in the South China Sea.

“We’ve had to accelerate the modernization of our armed forces for self-defense needs,” multiple news agencies quoted Aquino as saying in Manila.

“We are a natural transit point into the Pacific, and we are now studying whether or not we do need a submarine force,” Aquino added.

Both China and the Philippines have claimed the Scarborough Shoal, a territory to the west of the Philippines, situated in the middle of lucrative trade routes.

According to Aquino, China’s claim is huge and it tries to neglect others sovereignty by covertly building artificial islands. He added that if China’s claim were to be validated by international authorities, it would effectively close the western border of the Philippines to trade.

Every year $5.3 trillion of trade passes through the South China Sea, $1.2 trillion is U.S. trade. More than half of the world’s annual merchant fleet tonnage and a third of all maritime traffic worldwide travels through Chinese waters.

“We don’t believe they have a basis in international law, and we’ve said over and over [that] we will fly, sail and go wherever international law allows,” U.S. Deputy Secretary of Defense Robert Work said on Wednesday.