The Philippines President has called EU representatives “sons of bitches,” as they offered him an “idiotic” rehabilitation program of drug addicts. 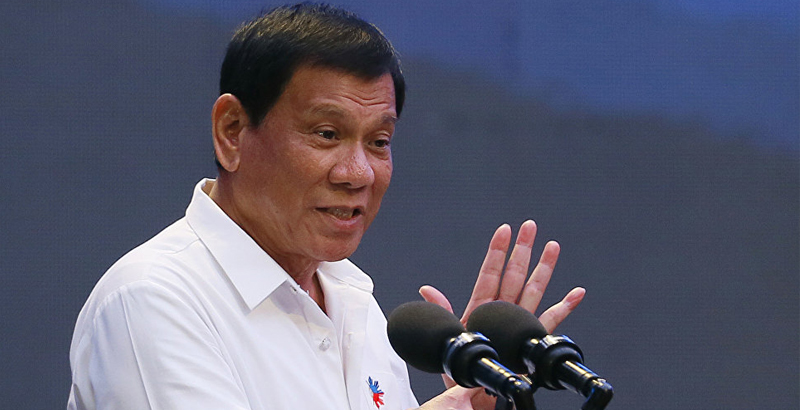 Philippines President Rodrigo Duterte refused help of EU representatives, who called him to fight against drugs in the country with the help of rehabilitation programs, the Reuters news agency reported on Friday.

According to the news agency, the EU has adopted a resolution, which calls on the leader of the Philippines to more restrained methods of combating drugs in the country, and, in particular, proposes to establish programs for rehabilitation of drug addicts.

“The EU, they communicated to us, and they want a health-based solution for the drugs. These sons of bitches,” Duterte said, adding that he did not need the EU and “idiotic” rehabilitation programs. The statement was made during the President’s speech to Chinese businessmen, whom he praised for its no-strings-attached loans and aid.

“They want us to build clinics, then instead of arresting, putting them in prisons, just like in other countries, you go there and if you want shabu [the methamphetamine, used in the Philippines], they will inject you and give you shabu and you go out,” he said. “Our people will just go there and consume every chemical until kingdom come, until they are crazy… who will answer for these?”

The President of the Philippines, who was elected in May of the last year, stands for a full-scale fight against spread of drugs in the country. According to the latest UN data, since Duterte came to power, more than 6,000 people, related to drug trafficking, have been killed in the Philippines. The international community repeatedly condemned the methods of combating drug trafficking in the country.

Duterte invariably reacts very strongly to criticism from international human rights organizations, the UN, the US and the EU, considering such criticism an interference in his country’s internal affairs.

I love this man: kill them all! He have killed a lot of narcos just before to become president (also himself :D) and have persuaded (with the fear to be killed) thousands of them to surrender to police without fight

He is quite the character. He seems to grow on you after a while. I used to hate him, now I like him. :-)

Same lol.The world is a more interesting place with him around

Just like al-Assad, the US and EU “strongly disaprove the way the leader handled the situation”, and offer “better strategies”. Only problem is Duterte and al-Assad are loved by many people in their country, and any attempt to dislodge them from power is futile.

Lol got to love him for at least he has a pair, now if only a few in Washington could grow a set we all would be better off.

I believe the United Nations data is incorrect in respect to the number of drug criminals and addicts killed. I have seen the figure of over 7,500. At least this leader wants to try to reduce the criminally insane negative impact that illegal drugs have on Filipino society. Does he want his country to be like the USA and the little weasel countries in Europe (Germany, Austria, France, Norway, Sweden, etc.) where the criminals laugh at the lenient treatment and sentences given to criminals? HELL NO! Kein Knade fuer Verbrechere!

Duterte need to reduce the personal of the American Embassy in the Philippines, 90% of their staff are CIA spy and DRUG DEALERS.

USA/NATO and UN create terrorist and drug dealers then their want other countries to pardon either drug dealers or terrorist.Kill them because their are useless just creating problem for hosting countries let the vultures have meat.