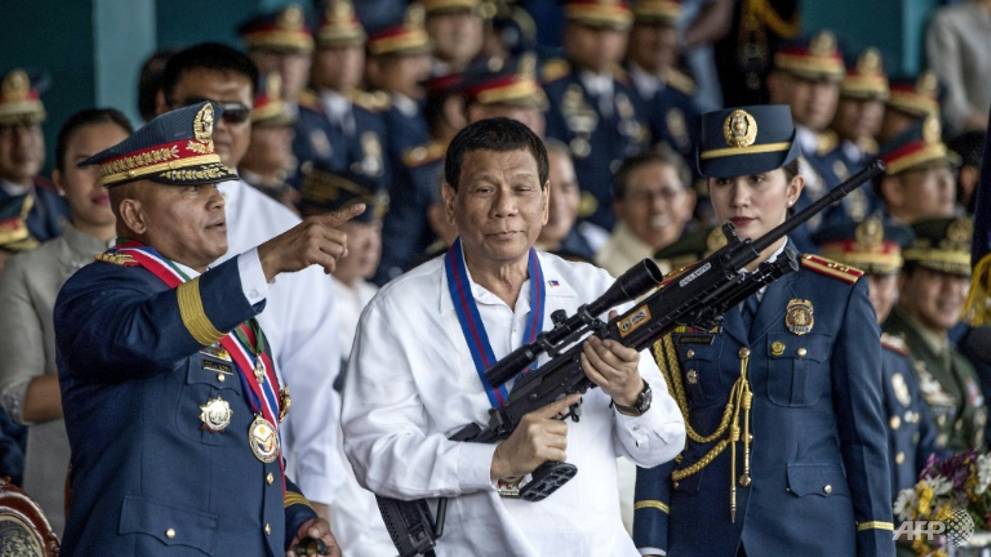 In it, President Rodrigo Duterte appears to apply ever increasing measures to counter rampant drug selling and use.

According to former Philippine National Police Chief Ronald dela Rosa, the policy is aimed at “the neutralization of illegal drug personalities nationwide”.

One of the most infamous calls (because it is not legislation) is that of Duterte himself calling on members of the public to kill criminals and drug addicts.

Research by media organizations and human rights groups has shown that police routinely execute unarmed drug suspects and then plant guns and drugs as evidence. Philippine authorities have denied misconduct by police.

Still the campaign is widely supported by the public. An independent survey in September 2017 showed that 88% of Filipinos support the Drug War. As of 2019, it is at 82%.

Tens of thousands of people may have been killed during Rodrigo Duterte’s war on drugs in the Philippines, according to a UN report that warns of “impunity.”

Official numbers sit at approximately 5,700 drug suspects who have been killed by authorities.

“Despite credible allegations of widespread and systematic extrajudicial killings in the context of the campaign against illegal drugs, there has been near impunity for such violations,” the report by the Office of the UN High Commissioner for Human Rights says.

Notably, since 2016, there has been 1 conviction for the killing of a drug suspect in a police operation.

On August 31st, 2020, President Rodrigo Duterte decided to raise the stakes even higher. He publicly ordered the country’s head of customs to shoot and kill drug smugglers.

Duterte has denied authorizing extrajudicial killings but has repeatedly and openly threatened drug dealers with death.

Well, now, it appears that he also approved extrajudicial killings.

Duterte gave the order to the commissioner of the customs bureau, Rey Leonardo Guerrero, in televised remarks from a cabinet meeting on the coronavirus pandemic on August 31st.

Guerrero, a retired army general and former military chief of staff, was not present when Duterte spoke, but the president said he met Guerrero and two other officials earlier on the same day and instructed them.

“Drugs are still flowing inside the country through customs,” Duterte said, adding he had earlier approved Guerrero’s request for firearms. “I approved the purchase of firearms and until now you haven’t killed even one? I told him, ‘Shape up’.

“I told him straight, ‘Drugs are still flowing in. I’d like you to kill there … anyway, I’ll back you up and you won’t get jailed. If it’s drugs, you shoot and kill. That’s the arrangement,” Duterte said without elaborating.

Human Rights Watch called Duterte’s order “savage”. Phil Robertson, the deputy Asia director of the US-based rights group, said the UN human rights council, which convenes this month, should establish an independent international investigation into the killings in the Philippines.

“The continuing carnage also explains why the international community led by the European Union needs to act decisively on this ongoing rights catastrophe in the Philippines and not be swayed by the government’s falsehoods about its record,” Robertson said.

These calls are unlikely to have any effect.

Similarly, the war on islamic terrorism in Philippines should follow the same path…

Anyone who fights against perversion will become accused by the perverts who lead the West, it is more than a battle between two points of view, the fate of the human species is at stake.