Philippine President Rodrigo Duterte has congratulated Donald Trump on his election success and expressed a wish to work with the “incoming US administration,” after calling Barack Obama “son of a whore” and telling him to “go to Hell.” 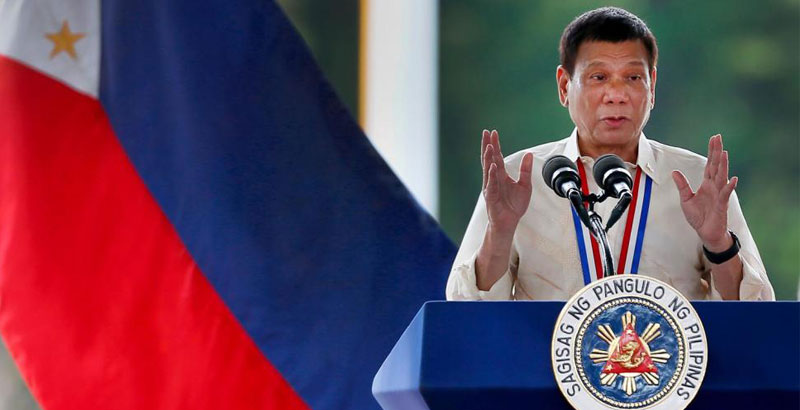 Duterte also noted that now he wants to stop quarrelling with the US and is “’looking forward to working with the incoming administration.”

“I would like to congratulate Mr. Donald Trump. Long live,” Duterte said in a speech to the Filipino community during a visit to Malaysia. “We are both making curses. Even with trivial matters we curse. I was supposed to stop because Trump is there. I don’t want to quarrel anymore, because Trump has won,” the Reuters news agency cited his words.

The Philippine leader, known as ‘Trump of the East’ due to his lewd remarks, has repeatedly threatened Washington to end military joint drills, cut defense pacts with the country and totally sever a military relationship that has been a key element of Washington’s ‘pivot’ to Asia. Duterte has also expressed his anger over its concerns about human rights abuses during his deadly war on drugs.

Also on Wednesday, Duterte noted that Washington had treated the Philippines like a dog tied to a post, threatening to cut off aid. “They talk as if we are still the colonies,” the Philippine President said. “You do not give us the aid, shit, to hell with you,” he added, referring his comments to Obama.

Ironically, but after the Obama administration had lost the Philippines as its main strategic ally in the Pacific Rim, Donald Trump told Reuters that this country was a very important strategic location and comments of the Philippine President about removing foreign troops showed “a lack of respect for our country.”

And a few days later he will deny saying all of that then some days after that he’ll say it again. :P As we’ve seen Duerte making all kind of statements all the time… (then denying them like the part about insulting Obama that everyone keep on mentioning, I don’t know what to believe about him any more :( ) Especially since it was Trump who said that other countries should be paying them or paying them even more for the “protection”… -.-

Just like the media repeating that Clinton would win handily, it is the same type of media that wants you to believe what they want you to believe about Duterte. I think, being a reader of Southfront, you should have known that by now.

That is an unmistakable symptom of senility for the old man.