A story has been circulating suggesting that Secretary of State Mike Pompeo will soon be resigning because he needs to focus on planning for his campaign to become a Senator from Kansas in 2020. This is good news for the United States, as Senator Lindsey Graham has had no one he is able to talk to about exporting democracy by blowing up the planet since Joe Lieberman retired and John McCain died. And the tale even has a bit of palace intrigue built into it, with an interesting back story as Pompeo is apparently considering his move because he fears that staying in harness with Donald Trump for too long might damage his reputation. There are also reports that he has been traveling to Kansas frequently on the State Department’s dime to test the waters, a violation of the Hatch Act which prohibits most government officials from engaging in self-promotional political activities unrelated to their actual jobs.

If one is seeking evidence to suggest that Pompeo, a man who lies with a fluency that takes one’s breath away, is delusional, it would certainly have to include his self-assessment that he has a reputation to protect. It is possible to cite many instances in which Pompeo has asserted something that is absolutely contrary to the truth, though one might also have to concede that he could often be saying what his factually challenged boss wants to hear. When Pompeo was Director of the CIA he even joked openly about how “We lied, we cheated, we stole.”

Mike Pompeo’s latest concession to the war criminals in charge of Israel, clearly intended to boost the electoral chances of Benjamin Netanyahu, is only the most recent dose of the Secretary of State’s falsehood piled on fiction. It is generally assumed that the move to help Bibi by interfering in Israeli politics has been made in an effort to have Tel Aviv reciprocate by putting pressure on its many American fellow travelers in the media and congress to go easier on Trump in the impeachment saga. And Trump would also expect additional reciprocity when he runs again in 2020. Even though Netanyahu, who has been indicted over bribery and fraud, will not be able to shift many liberal Jewish votes, he will be able to get allies like mega billionaire Sheldon Adelson to pony up tens of millions of dollars to support the GOP campaign.

The Trump Administration’s gifts to Israel are unprecedented, including moving the capital to Jerusalem and acknowledging the annexation of the Syrian Golan Heights. Pompeo, driven by his Christian Zionist beliefs, has been the point man on many of those moves, ably assisted by a U.S. Ambassador David Friedman, ex-bankruptcy lawyer, who has served as a consistent advocate and apologist for Israel with little or no concern for actual American interests. One might also observe that if Pompeo is truly interested in running for the Senate a little help and cash from Israel and its many friends might be very welcome.

Pompeo gift to Bibi was announced early last week. He said that the Trump Administration is now rejecting the 1978 State Department Hansell Memorandum legal opinion that the creation of civilian settlements in occupied territories is indeed “inconsistent with international law.” In a sense, he was giving something away to Israel that neither he nor the Israelis legally possess. He said that he was “accepting realities on the ground” and elaborated on his view that the White House believes legal questions about settlements should be dealt with in Israeli courts, meaning that the hapless Palestinians would have no voice in developments that would deprive them of their homes.

Per Pompeo, “Calling the establishment of civilian settlements inconsistent with international law has not advanced the cause of peace. The hard truth is that there will never be a judicial resolution to the conflict, and arguments about who is right and who is wrong as a matter of international law will not bring peace.”

Pompeo’s latest statement, consistent with many of his earlier ones, is completely contrary to the Fourth Geneva Convention framework of international law governing behavior by occupying military powers that was established after the Second World War. It ignores the fact that the status quo of expanding settlements has only taken place because of Washington’s refusal to do anything about it. The State Department’s new interpretation completely embraces arguments being made by hard-line politicians in Israel and opens the door to endorsement by the White House of a total de facto or even de jure annexation of the West Bank by the Jewish state.

Pompeo was talking about the nearly 700,000 illegal exclusively Jewish settlers currently on the West Bank and in East Jerusalem. Palestinians, in many areas under a brutal regime of martial law enforced by the Jewish state’s army and police, have virtually no rights and are subject to increasing violent attacks by the settlers. Not surprisingly, Pompeo’s statement was rejected by everyone but the Israelis and the usual crowd in the U.S. Congress and media, but even some leading Democratic candidates, including Bernie Sanders and Elizabeth Warren, found the decision troubling. The 28 member European Union declared that “All settlement activity is illegal under international law and it erodes the viability of the two-state solution and the prospects for a lasting peace. The E.U. calls on Israel to end all settlement activity, in line with its obligations as an occupying power.”

And, of course, there are potential consequences when a government does something stupid. Shortly after Pompeo’s announcement, the U.S. Embassy in Jerusalem put out a security advisory warning Americans traveling in the West Bank, Jerusalem and Gaza, stating, “Individuals and groups opposed to [the Pompeo] announcement may target U.S. government facilities, U.S. private interests, and U.S. citizens.” It suggested that visitors ought “to maintain a high level of vigilance and take appropriate steps to increase their security awareness in light of the current environment.”

There is inevitably considerable discussion in some circles regarding what the new situation on the West Bank actually means. To be sure, the number and size of settlements will increase, but some knowledgeable critics like Gilad Atzmon suggest that the move will backfire on the Israelis, who, by taking control of the land, will eventually have to accept some kind of one state solution, giving the Palestinians considerable rights in a not-completely-denominational state. He observes how “…inadvertently, Trump has finally committed the U.S.A. to the One State Solution. It is hard to deny that the area between the ‘River and the Sea’ is a single piece of land. It shares one electric grid, one pre-dial code (+972) and one sewage system. At present, the land is ruled over by a racist, tribal and discriminatory ideology through an apparatus that calls itself ‘The Jewish State’ and declares itself home for every Jew around the world; yet, is abusive, lethal and some would say genocidal toward the indigenous people of the land… Pompeo’s declaration provides an explicit and necessary message to the Palestinians in general and in the West Bank in particular. The conflict is not progressing toward a peaceful resolution. Those amongst the Palestinians who advocated the ‘Two States Solution’ will have to hide now. Pompeo has affirmed that there is one Holy Land between the Jordan River and the Mediterranean Sea. From now on the battle over this disputed land is whether it will be subject to the racist discriminatory ideology implied by the notion of ‘The Jewish State’ and its ‘National Bill,’ or if it will transform itself into a ‘State of its Citizens’ as is inherent in the notion of One Palestine.”

Tom Suarez posits similarly at Mondoweiss, observing that any form of annexation of the West Bank without giving Palestinians equal rights would basically make Israeli apartheid so visible and unacceptable to world opinion that the Jewish state would become a complete pariah internationally and would be forced to adopt some kind of one state formula.

Nevertheless, even if a one state solution with equal citizenship status for everyone would appear to be both desirable and compliant with modern notions of human rights, it is not necessarily inevitable. The chosen-by-God Israeli state is quite capable of ethnic cleansing or even genocide on a massive scale, as it did originally in 1947-8 when it was founded and also later after it occupied the West Bank and Gaza in 1967. The Jewish state’s leaders have repeatedly asserted that there is no such thing as a Palestinian, that Jordan is actually Palestine. They have become skilled at making the lives of Palestinians so miserable by destroying their farms, other livelihood and even their homes while also controlling their infrastructure, killing them if they resist, that they emigrate. Christians in Palestine, the original followers of Jesus Christ, constituted close to 8 percent of the population in 1946 but now number less than 2 percent. Most have chosen to leave rather than submit to Israel.

There is no reason to doubt that the Israelis could continue their creeping annexation of the West Bank for ten more years or so while also deliberately driving the remaining Arabs out. I have little doubt that that is precisely what they will do and they will be empowered to do so by the United States, which will never develop either the integrity or the courage to push back against “America’s closest ally and best friend in the entire world.”

the palestinians first have to get rid of(KILL) ABBAS… a Zionist jew stooge who together with DAHLAN murdered ARAFAT……….

If People do NOT do this, then the Zionists will always subvert and rule your country 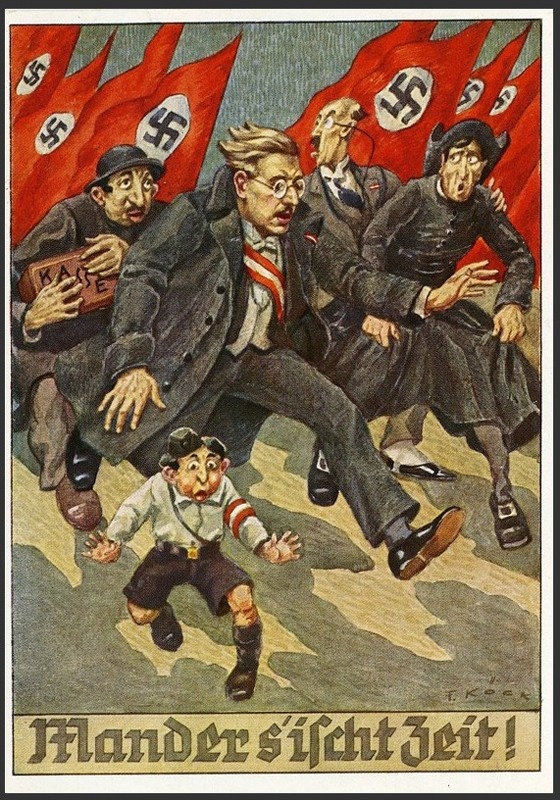 I thought Pigs were not Kosher… 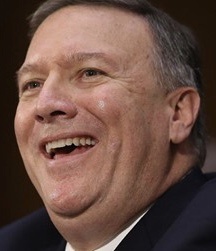 Um, it’s Pompeo. He’s driven by a parasitic, antisocial personality disorder – an obsession with accumulating power and control. I would seriously disregard whatever association his scrambled, psychopathy-addled brain appears to make between religious beliefs and exploiting other people for his (or his adopted tribe’s) benefit. It’s just crazy talk. Sad part is that he’ll probably get elected for something in Kansas [sigh].

Not gonna happen man, not a single one of them will get Israeli citizenship.

Let’s be clear, 1.8 Israeli Arabs are Israeli citizens and they are an integral part of our society, I would protect them just like Jewish Israelis. BUT, Palestinians are not likr Israelis, 300K of them in East Jerusalem are under Israeli control but they can not vote and only get social security. You think we are crazy enough to let them vote? no way. Only Israeli Arabs can vote by law, and it will stay like that.