If you have been wondering when the twenty Democratic aspirants for the presidency will begin a serious discussion of American foreign policy in the Middle East, where Washington has been bogged down in both current and impending wars, you are not alone. With the honorable exception of Tulsi Gabbard, no one seems keen to touch that particular live wire. 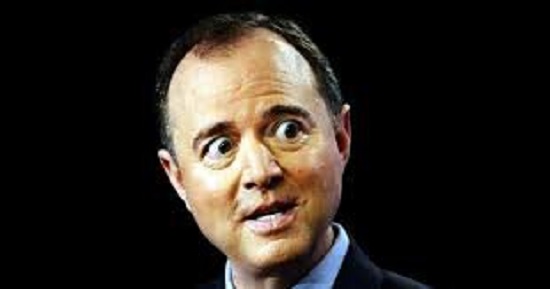 Part of the problem is the journalists who are asking the questions in the debates. To be sure, the publication of “The Israel Lobby and U.S. Foreign Policy” by professors John Mearsheimer and Stephen Walt back in 2007 opened the door to a frank discussion of why the United States is involved in unresolvable conflicts on behalf of a tiny client state. But unfortunately, while it is now possible to find in the mainstream media some honest analysis of Israel’s ability to corrupt policy formulation in Washington, in general the Jewish state continues to get a pass from both the press and politicians on all issues that matter.

And then there is the problem of Congress itself, which is precisely the institution that has been most corrupted by Israel and Jewish money. Almost thirty years ago, American politician Pat Buchanan described Congress as “Israeli occupied territory.” As a result, he was viciously attacked by the mainstream media and the political leadership of both parties, demonstrating beyond all doubt that he was correct in his observation. Today the Israel Lobby in the United States is far more powerful than it was in 1990, so much so that Israeli Prime Minister Benjamin Netanyahu actually boasts to his voters that he directs U.S. policy.

The hypocrisy inherent in the Israel-philia of America’s political leadership is such that it sometimes produces comic results. The whiney head of the House Intelligence Committee Congressman Adam Schiff, Democrat of California, was beside himself prior to the Robert Mueller testimony before Congress on July 24th, denouncing Russia and President Donald Trump, saying that the president’s actions amounted to “Disloyalty to country… Those are strong words… But disloyalty to country violates the very obligation of citizenship, our devotion to a core principle on which our nation was founded, that we, the people, not some foreign power that wishes us ill, we decide, who shall govern, us.”

Strong words indeed, but Adam Schiff knows perfectly well that Moscow’s alleged involvement in the 2016 election, which was relatively insignificant, had no measurable impact on the result. And both he and Mueller have been coy about presenting any real evidence that Russia is gearing up to do major damage in 2020, which is what they claim to be the case. By way of contrast, everyone in Washington knows very clearly but will never admit that Israel has seriously corrupted the United States government and its elected officials at all levels. But Schiff did not mention Israel, nor did he express concern that Israel’s clearly unsavory involvement with Trump transition team members General Michael Flynn and Jared Kushner was never thoroughly investigated or included in the final Mueller report. One might assume that a deliberate decision was made by some parties in power to avoid embarrassing Israel. Those parties almost certainly included Schiff.

Schiff, who is Jewish, frequently tells audiences about his love for Israel, sometimes complaining that it is treated unfairly. It might be suggested that if anyone in the government is partial to a foreign power it is Schiff, and that foreign power is Israel, not Russia.

Unfortunately, Schiff is far from unique. Perhaps he and a number of other Congressmen should register under the Foreign Agents Registration Act of 1938, as required by law. Congressmen are not exempt when they work to benefit a foreign nation, though they frequently believe themselves to be not subject to the very laws that they pass. In May a letter was sent to the White House with the signatures of 400 congressmen, purely to express America’s legislature’s solidarity with Israel and to give it a green light to do whatever it wishes vis-à-vis its neighbors. The letter cites some questionable American interests relating to Syria, but it also mentions Israel no less than 13 times.

If that does not convince one that Congress has always been and continues to be Israeli occupied territory, check out some bills that have been working their way through the legislature. The House voted overwhelmingly on July 23rd to formally oppose the Palestinian-backed nonviolent movement to boycott Israel. The measure, H.Res.246opposes “efforts to delegitimize the State of Israel and the Global Boycott, Divestment, and Sanctions Movement [BDS] targeting Israel.” The bill had 349 co-sponsors and passed by a 398–17 vote. Sixteen Democrats and only one Republican opposed the bill. The bill is not a law but is rather intended to express the will of congress, which is perhaps the only good thing to say about it.

Other bills have not yet been voted on, presumably because friends of the Jewish state are looking for more goodies to add in. The pending legislative action includes the aid to Israel bill H.R.1837 the “United States-Israel Cooperation Enhancement and Regional Security Act”, which has 279 cosponsors. When the bill is approved, which it will be, it will increase the amount of aid given to Israel over ten years to $38 billion, though this is now regarded as a minimum figure which will be supplemented to meet the Jewish state’s expressed needs. And the aid is now unconditional, meaning that Israel will receive the money no matter how it behaves, while the Jewish state will also be able to use the U.S. taxpayer provided money to buy weapons from its own arms industry, cutting American defense contractors out of the loop and costing jobs in the United States.

Another bill to benefit Israel is also pending: H.R. 1850, the “Palestinian International Terrorism Support Prevention Act of 2019,” a law that would authorize and encourage financially sanctioning any foreign organization or individual that provides “support” to any group, organization or individual considered to be part of the Palestinian resistance. Interestingly, the bill does not even pretend to be based on U.S. national security: it is all about and for Israel. It could mean that foreign supporters of BDS, which is now considered a hostile entity by “the will of” Congress, could be subject to sanctions even though they are non-violent and threaten no one.

One final bit of bipartisan legislation best described as a pander to both Israel and the Jewish community is a bill that has appeared recently in the Senate that will prioritize and pay for health care and nutrition services for those who claim to be holocaust survivors. The bill is entitled the “Trauma-Informed Modernization of Eldercare for Holocaust Survivors Act” or “TIME for Holocaust Survivors Act.” It is intended to “increase the chances that survivors could age in their own homes” and also “to ensure that holocaust survivors have care and services tailored to their needs.”

Sponsor Senator Ben Cardin of Maryland, who is of course Jewish, elaborated: “Holocaust survivors came to the United States seeking refuge from unimaginable horrors. They have lived their lives here and enriched our nation. With an average age of 85, we have an obligation to provide Holocaust survivors the community support and special services they need to live out their final days,”

WE have an obligation? How about you and your co-religionists Ben as you seem to have a lot of money to spend on lobbying for Israel and corrupting our government? Special services? Why do they need help? Because, the bill states, “institutionalized settings, with confined spaces or restrictions on food, can induce panic, anxiety, and re-traumatization due to their holocaust experiences.”

What about other elderly American who have problems with “institutionalized settings” or “confined spaces” or “restrictions on food?” How the Senate will justify special benefits for a small group of self-described victims drawn from the wealthiest demographic in the U.S. remains to be seen. If there is anyone who actually needs help, it is the U.S. taxpayer, who has to bear the burden of this utter nonsense, which sets up Jews as a special privileged group within our social services network. So-called holocaust survivors are identified in the bill’s “Findings” as “(2) More than 200,000 Jews fleeing from Nazi occupied territory found refuge in the United States from 1933 through 1945, and approximately 137,000 additional Jewish refugees settled in the United States from 1945 through 1952. (3) Hundreds of thousands of additional Jewish refugees continued to immigrate to the United States from Europe and countries of the former Soviet Union during the subsequent decades. (4) The number of Holocaust survivors living in the United States at the end of 2018 was approximately 80,000 individuals, down from an estimated 13 127,000 in 2010.”

Thus, holocaust survivors who will benefit from the bill are inevitably and by intention only Jews – no Christians who went through 1933-1945 in Europe need apply. That one highly privileged group should deserve special benefits from government that other retirees cannot have is a disgrace. So, is the United States Congress Israeli and also, by extension, Jewish occupied territory? I think the question answers itself.

Philip M. Giraldi, Ph.D., is Executive Director of the Council for the National Interest, a 501(c)3 tax deductible educational foundation (Federal ID Number #52-1739023) that seeks a more interests-based U.S. foreign policy in the Middle East. Website is councilforthenationalinterest.org, address is P.O. Box 2157, Purcellville VA 20134 and its email is inform@cnionline.org

A UN convention abolishing Judaism, similar to what was done with slavery, should be enacted and ratified worldwide. To create a Jew free planet.

C’mon, Giraldi. U.S. laws/lawmaking and U.S. elections were intentionally and permanently corrupted to ensure both are useless for changing anything. Americans are brainwashed to continue trusting and using both of them exclusively, hoping for some magically different result ‘this time’. Pointing out how Israel is exploiting our broken system is useless if people are too dim-witted to understand HOW their legal and electoral system have been rendered useless. Voting and new laws will fix everything!

Let’s get that war with Iran started! There is NO price the U.S. Congress is unwilling to pay to protect the interests of Israel.

Judaism should be outlawed in the US and the US dejudified so that it’s Jew free. That will solve the Jew problem. And a lot of others along with it.