It seems you can’t be an independent politic in Moldova 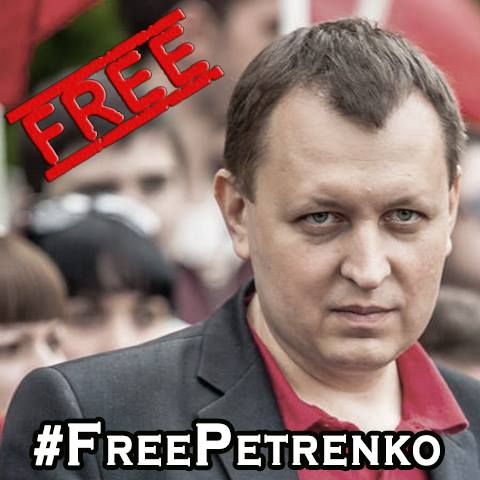 This article originally appeared at Moldnews, translated by Olga Seletskaia

Former deputy Grigory Petrenko was arrested during protests at the Prosecutor General’s Office because he, unlike the protesters in the Great National Assembly Square, does not enjoy American protection. This is the opinion of a well-known journalist and political analyst Dmitry Chubashenko .

“If Petrenko did violated the law, it was no different from the violation done by the DA platform. Petrenko was arrested because he had no American “roof” , but none of the DA activists were arrested because they are under Western “umbrella” , – commented Dmitry Chubashenko in social networks.

According to him, “the fact that the platform has not yet defended Petrenko, it has not demanded the release of the eight detainees, frustrates all its assurances of its commitment to the opposition and to “Eurodemocracy.”

Earlier Chubashenko argued that “the first litmus test for the DA platform was to demand the release of arrested activists from ‘Petrenko’s group.” If it fails to do so – then they need to go – “Good-bye!” .

On Sunday, September 6, Kishinev was engulfed in protests against oligarchies , organized by civil platform “Demnitate şi Adevăr” (DA) in the Great National Assembly Square. People protested all day, and on Monday night dozens of tents were set up in front of the government.

It should be noted that unlike the DA Platform, the police did not allow a group of protesters led by the ex- deputy Grigory Petrenko to protest and to set up the tent in front of the General Prosecutor’s Office, located on the verge of the Great National Assembly Square.

Group of protesters (eight people), headed by Grigory Petrenko was forcefully detained by police on Sunday, September 7 when they were protesting in front of the Prosecutor General and were trying to set up tents in front of a public institution for a peaceful non-stop protest.

Later, in the evening on Monday, September 7, the several groups of armed men in masks broke for searches into the house of politician Grigory Petrenko, the house of his wife’s parents, as well as into the office of his party. The searches took place in the absence of a lawyer that evening in the house of Michael Amerberga, another detainee protester.