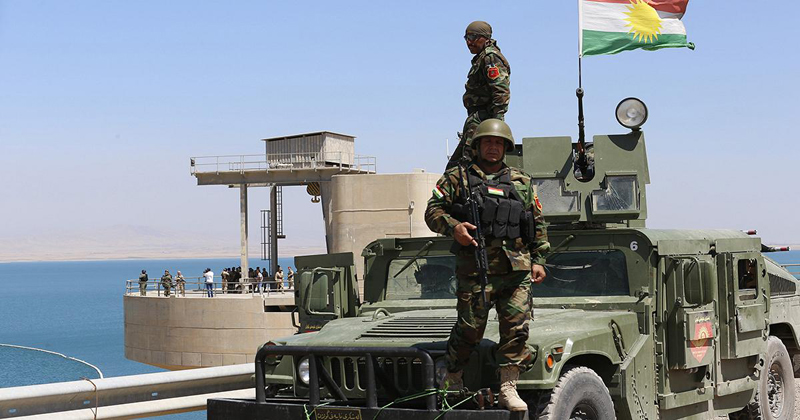 Two Peshmerga brigades in Iraq have received 54 armored vehicles (Humvee) from the US army, the Rudaw website reported. This action of the American army became a part of an aid package to help Kurdish forces against ISIS militants in Iraq. Other brigades are expected to be provided with the same military hardware for upgrading of the Kurdish military ahead of the anticipated Mosul offensive, Kurdish Peshmerga commander Rasoul Omar told Rudaw.

The USA also promised to help Kurdish forces to cope with the economic crisis engulfed the Kurdistan Region, providing $415 million aid package. The Peshmerga Ministry had asked the central government in Baghdad to allocate a budget, but received the refusal.

Commonly known as the Humvee, the High Mobility Multipurpose Wheeled Vehicle (HMMWV) is a four-wheel drive military light truck produced by the American Company AM General. The Humvee was created for personnel and light cargo transport behind front lines. The HMMWV is designed for 4 people. It has a vertical windshield, a fully enclosed metal cabin, and a removable armor that can protect the crew against firing of small arms caliber and shell splinters.

Which will miraculously find themselves surrendered to Daesh or Al Nusra?

Have you seen kurds surrendering often to ISIS?

KRG has worked with Erdogan/ISIS for years. The US isn’t giving decent kit to the YPG because they are leftists. Usual game..

LOL you beat me too it. These vehicles will “mysteriously” show up in Syria/Anbar in a month. – In a perfect world Barzani would be strung up right next to Erdogan after the war…