According to President of Iraqi Kurdistan Masoud Barzani, the Peshmerga forces are not going to retreat from areas, which they liberated from terrorists of the Islamic State (IS) group. 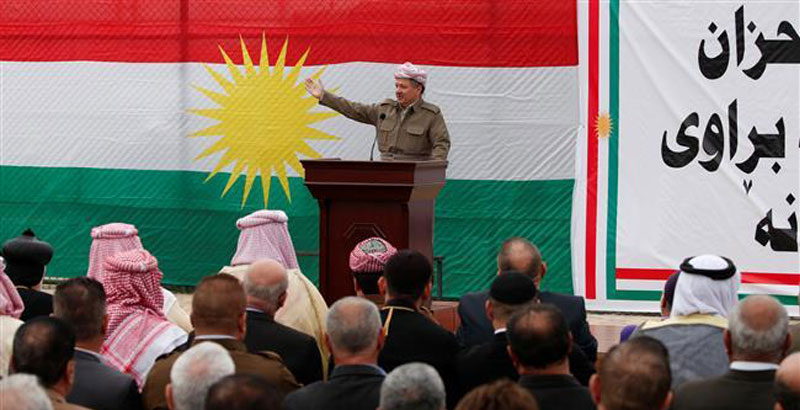 According to an agreement with the Iraqi government and Washington, the Peshmerga forces “will not retreat from areas retaken” from the Islamic State (IS) terrorist group, president of Iraq’s semi-autonomous Kurdistan, Masoud Barzani, told the Kurdish Rudaw TV-channel, speaking in Bashiqa town on Wednesday.

As Barzani noted, according to the deal, “the defense lines before the Mosul operation are non-negotiable.”

“Our only goal is to protect the security of people in these areas, and for the Peshmerga – to back this. We will never let you again to be displaced, and you can count on us in this,” he said, referring to Iraqi Kurds.

Barzani also stressed that the Peshmerga forces should always be ready for a fight, despite the fact that the IS group has almost lost the battle.

“We cannot say that ISIS is gone and let’s relax now. This kind of challenge and threat will always be here. Therefore, we should… organize ourselves, upgrade our weapons, improve our training and be ready for any threat,” the president of Iraqi Kurdistan pointed out.

He also added that anyone, who supports the terrorist group, regardless of his nationality, is an enemy of the Iraqi Kurds. And Kurds will treat such supporters as members of the IS.

“That is our policy and let organizations that are concerned with human rights know this,” Barzani concluded.

If you mean Manbij, that’s in Syria in the hands of the PYD. Different group of Kurds, different set of priorities.