10/ Based on what I’ve seen in Google Earth, I think VNIIEF is involved in manufacturing and/or testing Peresvet. I saw no Peresvet trailers in September images of VNIIEF, so the ones visible on August 25 were either leaving or were quickly moved into a building. 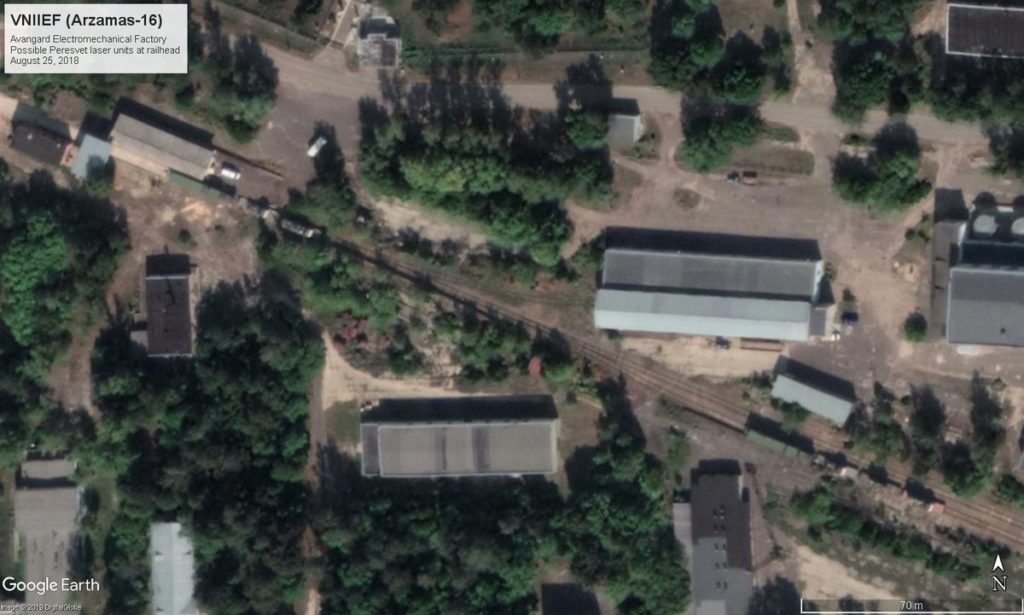 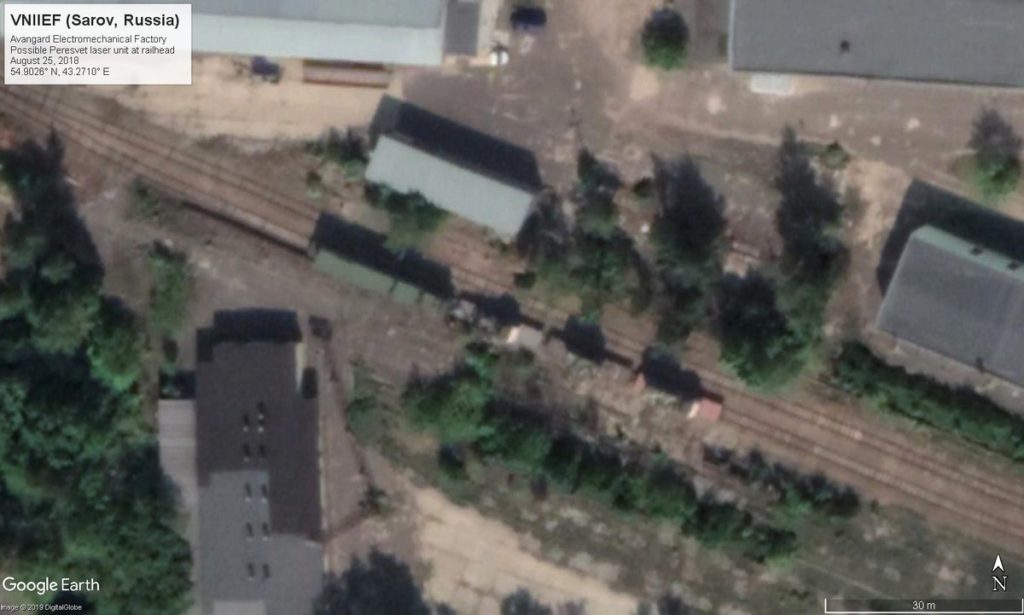 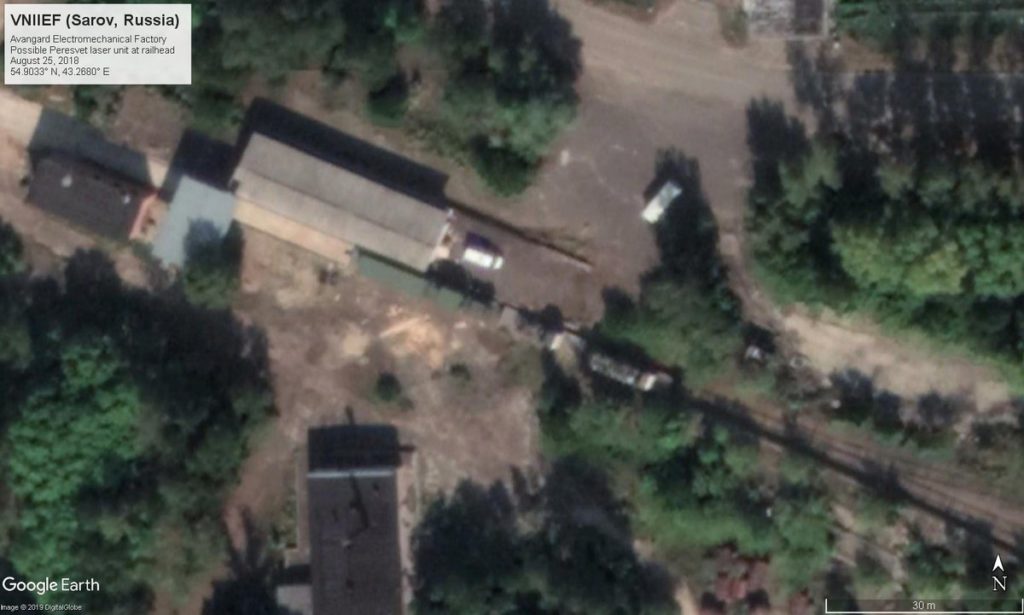 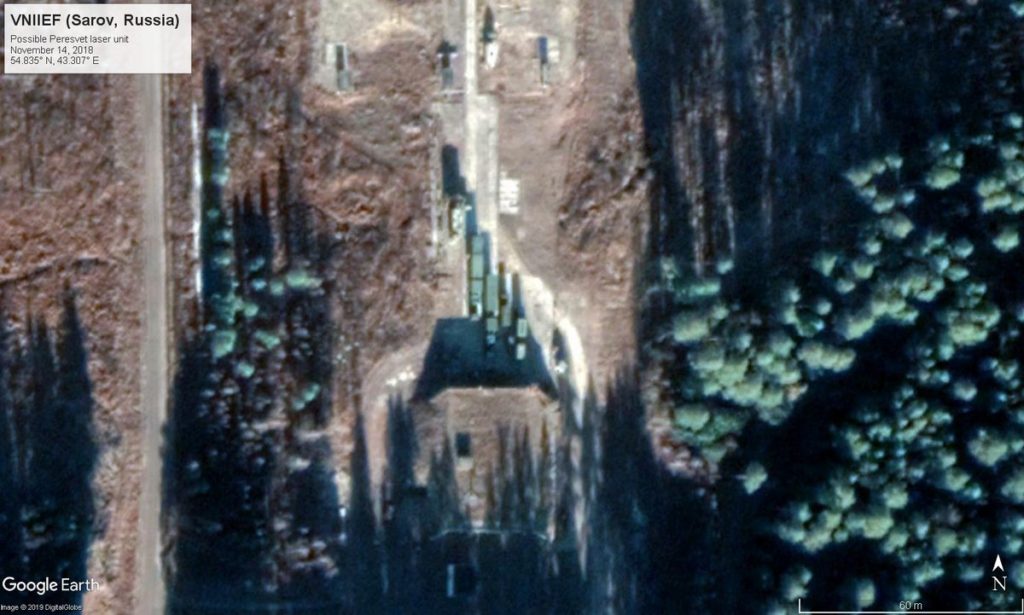 this truck can be anything… so who cares….

Photonic weapons are not merely the future, they are today. And the big rigs for sure try to hide that they know this fact. China, USA, Russia, UK are all going ahead full steam. They all fear laser weapons, yet they each know they must also devolope them to not be left behind. In the next big war between the actual big rigs, solders will get burned in less then 1.5 seconds dead and the sound will be silent and the laser are actually really are invisible to the naked human eye. Everything from a solders side arm to major ship and plane mounted weapons are going to be photons. Iran had better make sue they are in position. 90% of the world is possible in the dark about this reality. And well get left behind. Mach 6 is super slow compared to the speed of light. The side that fields these rays of light against an opponent who has none is going to looses wars in record time till they acquire such lasers. Basic, Simple, Logic. https://www.youtube.com/watch?v=1Og5CAGFfYo https://www.youtube.com/watch?v=aa_tCzIMJjE

Why do you think that these types of weapons aren’t used?

Each side is afraid of these weapons being used against them (so like the nuke) each state knows they cannot be left behind, those the weapon is so effective, everyone is scare of being hit with the same thing. So no one uses them. While lasers are not mass destruction. The point is a nations elite can be assassinated from half a mile away with an invisible light and no sound and no ballistics. Every nation fears this. If the US started assassinate Chinese in China with these then Chine will wipe out the elite in the US with the same weapons. It is scary to the governments because it is not even illegal for civilians to have photo emitters. Each government fears loosing their power really. Governments fear loosing control. And these weapons cannot be regulated easily at all. Mark Zuckerberg has a laser rifle he had specially built for himself (it is not illegal in Hawaii, it is just light) He always keeps 6 goats on his property (the law in Hawaii on his land forbids him from having more then 6 goats at a time) The former CEO of Twitter was at his house 2 years back. He said Mark Zuckerberg shoots a goat with his laser which kills it instantly. Him and his Asian wife then cook it but it is still quite raw and then serve it for dinner parties. The point is that just tech people can build these easily. Governments do not know what to do or how to say (civilians cannot have a light that is brighter then…. so and so.

It’s like when the plane was first invented and a few military’s had them. Those were the ones that had power and the military’s who were plain-less were also powerless.

In the First World War when Turkey sent a massive military movement down towards Palestine, the UK destroyed the entire convoy with just a dozen WW-1 plane.

Well lasers are the next big thing. They literally once fielded in mass with make the so called ‘modern’ assault rifle be like using a musket vs an AK-47. No one is saying that a musket ‘modern rifle’ is not deadly. It’s just that in mass it is useless against the military outfitted with the modern lasers.

Also remember that these Big powers are in now way fighting violent wars against each other, only small weak states. So their is currently no need for the Big players who poses these technologies to field these weapons yet. It is suppose to be like poker. They are not showing their full hands instill they have to at The Moment Of Truth – to see who has what.

I am posting the link below to the Twitter CEO Jack Dorsey talking about Zuckerbergs laser gun as an example how how governments have no way to regulate human devolopment. Twitter CEO Jack Dorsey Says Mark Zuckerberg Served Him Goat He Killed ‘With a Laser Gun’ SOURCE: http://time.com/5511901/twitter-ceo-jack-dorsey-says-mark-zuckerberg-served-him-goat-he-killed-with-a-laser-gun-and-then-the-knife/

These weapons are using sequestered technology, kinetic energy weapons like bombs and bullets are using what is essentially open source technology. That’s probably one of the reasons that they don’t use them. Because they don’t want to release the technology to those that don’t have it.

Oh definitely. You are totally right. Once someone starts using it, not only is it more likely to get out, but then to the nations who’s radars it was not even on, all of the sudden little nation states are offering billions of dollars to places like China for the tech.

It is just my small personal opinion but… while I think the US and Russia worry about another nation state using such weapons against them (cause no one has or can truly calculate what such a game changing piece this would bring) I truly think ‘like you said’ that once governments use it more of the tech will fall into civilian hands within the nation states. And the governments of China, UK, Russia, USA fear their own people staging revolutions or tearing down the governments with such weapons. People from their own backyard can bring down drones or take out corrupt politicians and police in silence without being traced as easily as it is to trace guns.

Just my small opinion, but I think the major governments fear their own people being armed with light.

As a little more interesting fun facts. LED bulbs are now being replaced in the US large corporate buildings with blue lasers being run through yellow phosphor’s creating ultra white light. They were going to sell them to the consumer market. I was going to crowdfund this company.

Then just before launch they stated “they were just going to sell to corporations” The government stooped them because they know everyday people will rig up dozens of these and already have weapons.

BMW and Audi now use laser lights for the head lights on cars (meaning people can now order 50 replacement items and make their own lasers for personal defense.

The cat is already kind of coming out of the bag beyond the New World Orders control.

Below I am posting several light bulb companies that are making laser light bulbs for houses that go into the thousands of lumen’s using less then 9 watts a piece. Amazingly more efficient then even LED bulbs by about 40%.

The problem with lasers is the raw power that’s required. It kinda makes them this generations railway gun or Karl mortar. Effective at their assigned task as long as the conditions are right but too big and unwieldy to to be anything more than a target on the battlefield for all but the most perfect conditions. They lose their effectiveness in fog, rain and haze and because of the huge energy requirements they make for huge targets. It won’t take long to figure out that a simple smoke screen or a reflective surface may be all you need to defeat them. I could see them used as a point defence weapon at bases and airfields.

Energy is the biggest factor here. Chemical / kinetic / nuclear weapons energy source ….. either rocket fuel, explosives or plutonium …. can be packed into a container and stored for years until you need it. A laser needs it’s energy to be generated on the spot. That alone is a huge disadvantage and if you’ve got an apparatus that can generate that kind of energy is generating a beam of light the best use for it or could you for example generate an electric field that affects communications (EW), or run a field hospital with it and leave the point defence to chemical weapons like cannon shells and missiles.

We all love to admire the technical prowess and power of the German Karl mortar and Dora railway gun but these weapons had virtually no effect on the outcome of the war whereas the most effective war winning weapon of WW2 was the Soviet infantry mortar. These simple weapons were responsible for more German deaths and allowed the Soviets to take more ground than any other weapon of the war.

The question becomes what would have happened if the Germans put the money, resources and manpower necessary to design, build, transport and operate these weapons into other arms? Maybe that would have been just enough to eek out a victory at Stalingrad?

When they go wrong, you have to switch them off at the wall, then switch them back on again.

As for Nazi Germany, it was doomed by 1940 at the latest.

Lasers use far less power then LED crystals. Lasers use far less energy then an artillery shell. A laser beams a 1-2 second burst of light (so it is high voltage not high watts) An artillery shell starts with mining out of the ground resources. Shipping. Processing. Shipping again. Refinement. Production. Assemble. Then shipping again. Storage. Firing. It is millions of times more energy then light waves.

The voltage would depend on the light source used to energize the laser. Whatever the voltage to generate a laser beam hot enough to destroy a missile etc, at distance requires a lot of watts, actually a lot of kilowatts.

The point carpenter was making is the energy in an explosive is produced prior to it’s use. It’s like comparing a battery to a solar panel, the battery concentrates the energy.

Boeing’s HEL-MD laser, which is designed to be used against drones, artillery shells, cruise missiles uses 100 kw / shot and with that there is no info on what the range of this weapon is. That’s enough power to run 70 households for a day.

I would conjecture the lasers work by damaging/disabling/dazzling the guidance systems on whatever they’re trying to shoot down. It would require much less energy than required to blow up a missile, etc.

The source for this story is Michael Duitsman, who is an associate(employee) of Center for nonproliferation studies, which is an NGO with close ties to the CIA military and Israel.

PS what exactly has this got to do with nuclear proliferation Michael?

I’m guessing nobody likes you and you’re a total failure at life.