A pro-militant media outlet, On The Ground News, released a video of “people” in the militant-controlled part of Aleppo city that demonstrated against the UN huamnitarian aid to local population. A very interesting fact is that the demonstrators are with flags used by the Al Nusra Front (Jabhat Al Nusra or Jabhat Fatah Al Sham) terrorist group.

Furthermore, an ‘activist’ at the video says that they are against the ceasefire deal because they are not part of it. We recall only ISIS and Al Nusra Front have been excluded from the ceasefire. So, now it’s clear that there are only ‘moderate terrorists’ in eastern Aleppo. 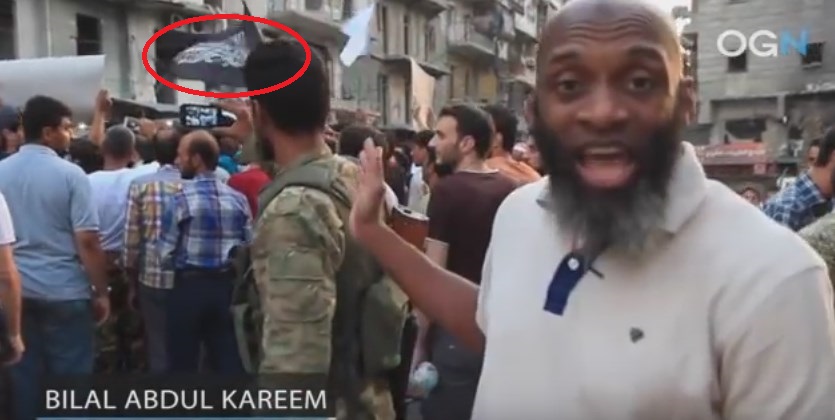 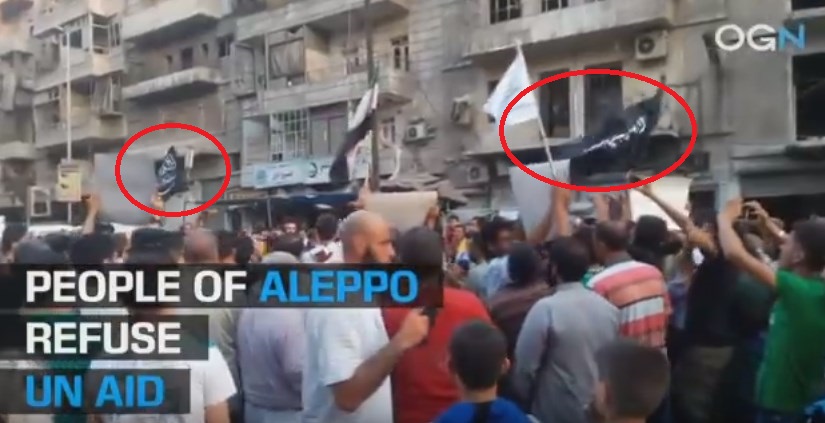 Anybody know the truth behind this from Breitbart?