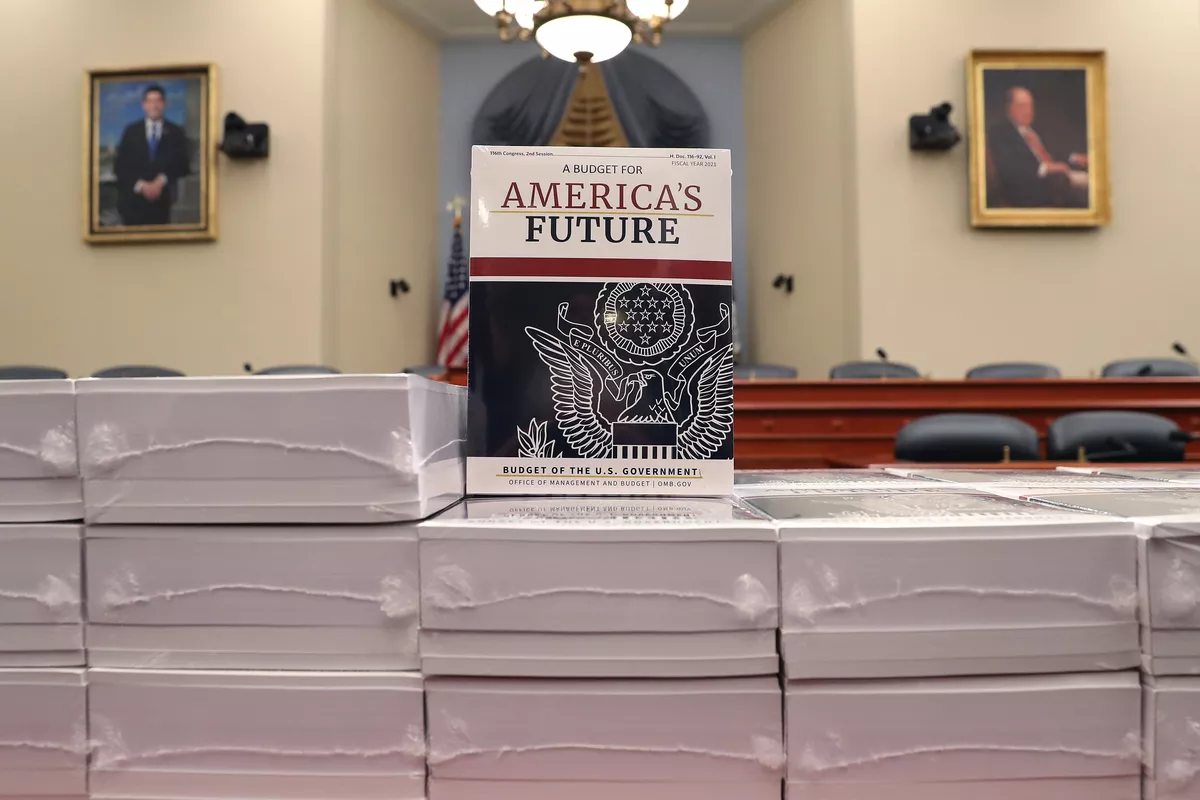 The US Department of Defense asked the Congress to allow it to classify the Future Year Defense Program spending projections, according to Steven Aftergood of the Federation of American Scientists.

The proposal in its entirety can be found here [pdf].

Preparation of the unclassified FYDP, which provides estimates of defense spending for the next five years, has been required by law since 1989 and has become an integral part of the defense budget process.

It essentially stopped being classified when the Cold War officially ended.

“The Department is concerned that attempting publication of unclassified FYDP data might inadvertently reveal sensitive information,” the Pentagon said in its March 6, 2020 proposal.

“With the ready availability of data mining tools and techniques, and the large volume of data on the Department’s operations and resources already available in the public domain, additional unclassified FYDP data, if it were released, potentially allows adversaries to derive sensitive information by compilation about the Department’s weapons development, force structure, and strategic plans.”

Be that as it may, in the view of the Pentagon:

“This proposal would remove the statutory requirement to submit an Unclassified Future Years Defense Program (FYDP) to the Congress, the Congressional Budget Office, the Comptroller General of the United States, and the Congressional Research Service.”

It follows that FYDP data would also not be included in the published DoD budget request.

On top of that, until two years ago, DoD published its legislative proposals to Congress on the website of the DoD General Counsel. It doesn’t anymore.

As part of a broader retreat from public oversight and accountability, the Pentagon today does not make its legislative proposals easily accessible to the public.

So, the proposal was obtained by Secrecy News, through to March 6th, 2020.

There is a present table with specific proposals, as well as a section-by-section description of the proposals. [both pdf]

Seamus Daniels, a budget analyst with the Center for Strategic and International Studies, said in a tweet that “DoD’s proposal to eliminate the unclassified FYDP severely limits the public’s ability to track how strategy aligns with budgets and how program plans change over time. Serious step backwards in transparency from the department.”

Concerns of the public to the side, this also means that the U.S. either believes that something similar to the Cold War has either begun, or it is about to begin.

This is rather justified, as with the COVID-19 crisis, despite originating in China, both Beijing and Moscow have taken the lead in assisting countries and providing aid, while asking for nothing in return, while Washington has been preoccupied with blaming the “Chinese virus” and attempting to impose unrealistic expectations and measures.

In addition, Saudi Arabia, a traditional US ally is carrying out an all-out oil price war against Russia, which is heavily harming Washington’s interests as well, as WTI crude oil prices dropped under $20 on March 30th.

The US is currently ramping up its “maximum pressure” campaign on Iran, despite the EU, Russia and China calling for it to stop sanctioning the country which is one of the most afflicted by the spread of COVID-19, but to no avail.

So, it could be that the Pentagon has the foresight of seeing which way the wind is starting to blow.

And what stops Russia and China doing business with Iran? Ohh wait I forgot they are local powers not global powers

What makes you think they don’t do business with them? Local powers that beat the U.S. on every front… U.S. Empire is no more…

Then why needs sanctions to be lifted

Maybe because they cant even buy an Aspirin…

But why doesn’t China and Russia selling them Aspirin?

Because Russia and China does not produce it. Its trademarked by German Bayer.

Indeed. Aspirin at least in Europe is a trademark product. Only the Bayer company can manufactur it.

Lol. In my cauntry alone there are few manufacturers. We had it since communism and will keep making it. In the medical field a patent can’t last more than 4 years.

U.S. Empire is going belly up, Wall Street and MIC are steeling the last crumbles. Of course they want it to be classified. Same as we still do t know where that $6trillion went a few hours before 9/11 happened. Nothing to see here folks, move around, move around…

The US went bankrupt on Feb;16th, yes the “exceptional nation”, the purveyor of death and destruction, the bringer of famine and disease, the ultimate bully, just went belly-up ! Soon the third world shadow that it cast over a myriad of countries will be spreading all over America itself. It produces nothing of value. its military hardware…its main export, is at least a generation behind Russia and totally valueless, it’s unable to produce enough food for itself and whatever it has is contaminated with pesticides, steroids and cancer causing glyphosate. Fort Knox is empty and its “toilet-paper dollar” will soon be refused everywhere, except at home. Bleak days ahead and I’ve a funny feeling they’ll wish they’d been a lot more restrained in their decades of genocide…..the world will not forgive easily !