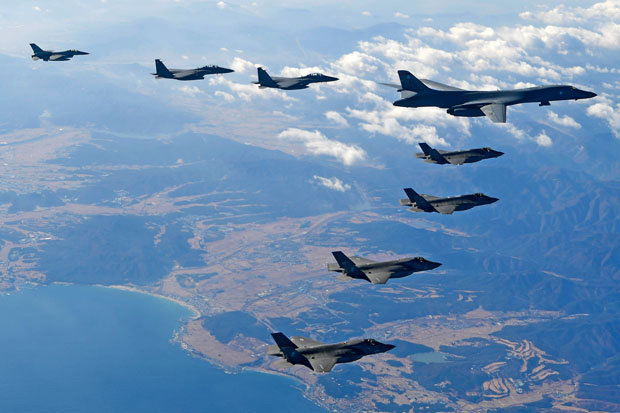 The US is suspending major military drills with South Korea, the Pentagon says.

“Major military exercises have been suspended indefinitely on the Korean Peninsula,” a senior US official told AFP.

The remark follows a June 12 statement by US President Donald Trump, who announced that military drills with South Korea are inappropriate amid the negotiations on a denuclearization of North Korea.

Trump’s statement was made during a press conference after a meeting with North Korean leader Kim Jong-un.

“The war games are very expensive, we pay for the majority of them,” Trump said adding that drills may be suspended.

Don’t count on it permanently. Too many fronts for U,S. and I believe this is just a tactic to pacify Kim while current administration deals with select conflicts.

It is good that Russia and China are working together. Man being man, a monopoly in power creates chaos and death. Best thing for world peace is that new governments being elected in Europe challenge Brussels that suckles America’s tits. Good luck to Italy.

“a monopoly in power creates chaos and death.”

This is generally true. In the nuclear age, a multipolar world is far more likely to be peaceful than one sole superpower being able to interfere in other country’s affair with relative impunity.

This is a step in the right direction. I hope that it is built upon to get a peace treaty ending the war and US incitement, aggression and belligerence and leading to a normalization of relations between N & S Korea.