According to head of the US Department of Defense, Ashton Carter, ex-head of the US Central Command, John Abizaid, will get the post of a senior adviser to the Ukrainian Defense Ministry’s officials. 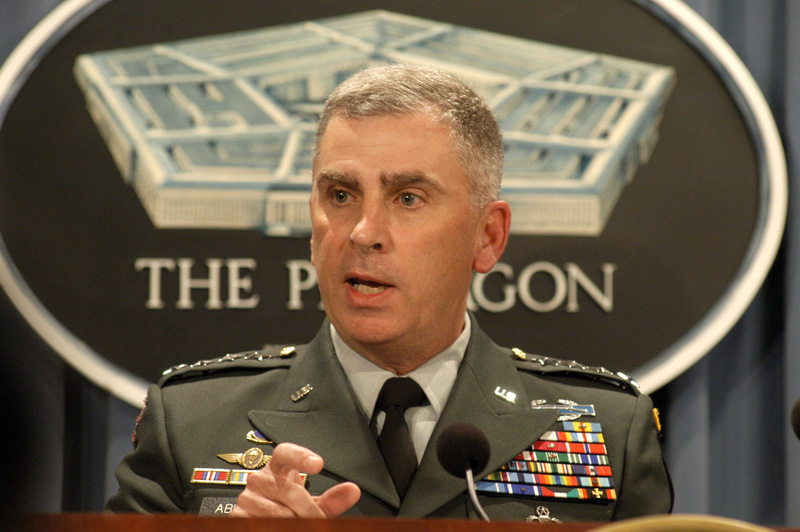 Ex-head of the US Central Command, John Abizaid, will get the post of a senior adviser on defense issues in Ukraine, head of the US Department of Defense, Ashton Carter, said.

The decision on the appointment of retired Gen. John Abizaid as the senior adviser on defense was made in response to a request of the Ukrainian side, the Pentagon press office reported. The US General will provide advice to head of Ukrainian power ministries, Stepan Poltorak, and other officials.

According to Carter, Ukraine is aimed at carrying out reforms of the Armed Forces in order to bring the Army in line with Western standards. The head of the US Department of Defense explained that the main principles of the future reforms include strengthening of the civilian control over military, interaction with the NATO military-political bloc, and fight against corruption.

Today, the head of the US Defense Department and his Ukrainian counterpart signed a document providing for a concept of the bilateral partnership. Washington and Kiev plan to improve the quality of the Ukrainian Armed Forces to ensure the defense capability of the Army. Over the past two years, the White House has provided more than $600 million to ensure Ukraine’s security sector.

It’s the corruption that’s keeping the army from waking up and realizing their Government has been hijacked by a cavalcade of Western backed clowns, criminals and outright failures from other western backed, former Soviet republics.

I would love to see how this plan unfolds, stalls, and implodes in another spectacular waste of tax dollars on the idea that The Ukraine, like other former Soviet republics, can be changed and corruption rooted out.

I bet Putin gets a giggle out of seeing our leaders in Washington pretend that handshakes, photo-Ops , empty promoses, and comical PR is going to turn anything around over there.

Putin must be laughing his ass off as these crooks from the Ukraine swindle hundreds of millions from gullible, ill-informed spoiled brats from our government. American democracy carries such nomenclature because it only works in america. ♡

Ukraine is a hopeless cause and a big embarrassment to the US and Europe..

Lets hope they keep becoming embarrassed around the world.

what a national embarrassment for the ukies

The Ukrainian government must have been impressed with how we improved the South Vietnamese, Iraqi, Georgian and Afghani militaries.