The Pentagon has reorganized the 11th Armored Cavalry Regiment of the US Army on the Russian model in order to prepare US soldiers to fight against Russian servicemen. 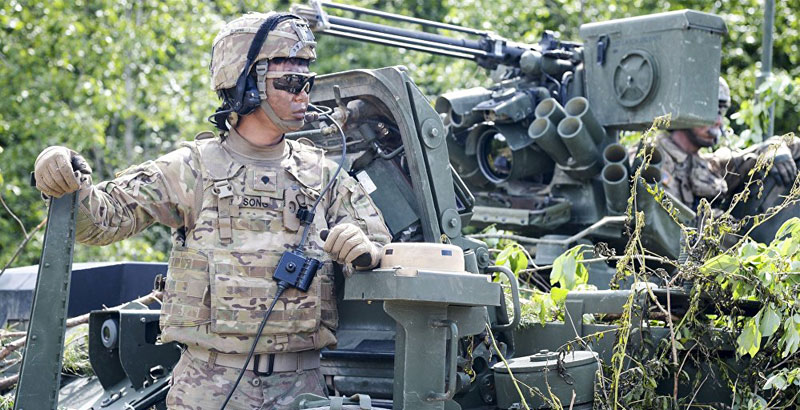 The 11th Armored Cavalry Regiment (‘Blackhorse Regiment’) of the US Army has been partially reorganized on the Russian model – it will play the role of an ‘aggressor’ during military exercises, the Izvestiya newspaper reported.

“The US Army again needs ‘professional aggressors’, who will represent units of the Russian Army during military exercises. This task has been assigned to the 11th Armored Cavalry Regiment, which spent 17 years in western Germany in times of the confrontation between the blocs, preparing to defend the Fulda strategic passage, nicknamed the Thermopylae of the Cold War, from Soviet tanks,” the article reads.

For this, the 1st and 2nd squadrons of the regiment have been reorganized “in accordance with the structure of Russian motorized infantry battalions, squadrons and platoons, as well as equipped with the remodeled M113 armored fighting vehicles, which now look like the Russian BMP-2.” Vehicles, which resemble the BRDM-2, fake tanks and anti-tank guns, similar to the Russian Rapira, also became parts of the units.

According to the newspaper, this military hardware does not stand idly. So, in September, units of the 3rd armored brigade were trained at Fort Irwin National Training Center, in August – the 1st armored brigade of the 34th Infantry Division took part in military exercises. Earlier, squadrons of the regiment took part in training battles, including against the most modern unit of the US Army, the so-called Stryker Brigade Combat Team (SBCT), equipped with the cognominal infantry combat vehicles. All in all, 15 military exercices were held at the National Training Centre during the year.

To no avail. If/when it comes to the long anticipated showdown, the Russians will simply roll over the Hollywood-cowboys and stomp them into the ground.

The problem is that NATO has millions of troops that will invade Russia, Surely you can see the problem here……….Where will they bury them all?

We are the world, they are the NATO

Try to invade Russia you will be definitely nuked and NATO knows this. Putin has warned that Russia will not fight any wars on its’ territory which simply equates to NATO troops will be nuked before they step onto Russian soil.

It seems you forgot that Russia is not the only country with “nukes”.

That is common knowledge but the Russians have the deadliest and best defense. Europe has a lot to loose and the US isn’t safe either. Believe the Russians’ have the upper hand.

It shall be the ultimate justice. Yet, the greatest mistake a fighter can make is to underrate his adversary. Thus, Russian strategic planning as for (seems to me inevitable) upcoming clash with the USA must rely on ‘the worst case scenario’ in all times and at every moment.

The US is run by idiots.

the same idiots that run the UK and most of the EU (but Germany and France really stand out) and that found the way to weaponize migrants flows to destroy civil societies, those based on family and work.

They fools think the russians are going to fight conventionally. Like the majority of US screw ups they will have no plan, no end point objective.

Calm down, Trump will stop this nonsense.

I think they’re trying to start it before he gets into office – when he’ll have to stop it. These mf’rs are evil.

Rhetorius
Reply to  MrFriendly B

Trump will stop it? How exactly? By attacking Iran i.e. helping Israel do it? Or by harassing China via Taiwan issue? There are obviously several ways to start WW3 and Trump has his own favorite hot-spots.

MrFriendly B
Reply to  Rhetorius

Are you talking about jews lobby ?

Worse than that. Run-of-the-mill idiots can only cause so much damage, and often have a least some idea that they aren’t genuises. Ours are also overeducated by a second-rate, self-congratulatory, scholastic educational system, and imbued with a sense of their superiority and inevitable destiny to succeed by the esoteric philosophical system they subscribe to. Megalomaniacal, entitled, self-righteous idiots who also think they are experts on everything.

They should launch a MIRV ICBM on the White House. To simulate real conditions.

It looks as if the planning for False Flag attacks to be blamed on Russia is underway. . .

Nothing new. But I’ve often wondered as to why the Russian armed forces don’t have an equivalent NATO OPPO force whether now or during the Cold War?

Most likely they have but just do not report them.