Russia’s successful test of its Avangard hypersonic glide missile will almost certainly ignite a full-on arms race panic in the US, according to German newspaper Die Welt. As we noted earlier this week, the missile was launched from a base in the southern Ural Mountains on Wednesday and successfully hit a practice target on Kamchatka 3,700 miles away.

The test launch will likely alarm US intelligence analysts and “provoke a panic” among Pentagon officials because the US has nothing to defend against the missile, the newspaper said, despite the fact that Russia has been working on the weapon since 2002 when the US withdrew from the 1972 Anti-Ballistic Missile Treaty and began developing anti-ballistic defenses. Earlier this year, Russian President Vladimir Putin teased that the weapon would be ready to deploy within “months”.

The test, according to the paper, is proof of “saber rattling” between the US and Russia as tensions between the two super powers climb to their most intense level since the fall of the Soviet Union.

Although the glider, able to carry megaton-class nuclear weapon, was presented along with SARMAT missile system tests, super-fast drone torpedoes, cruise missiles with nuclear power plants, the air missile system “Kinzhal” as well as laser and hyper-sonic weapons as one of the newest additions to the Russian arms complex in March, the newspaper claims it to be proof of sabre-rattling by the great powers in the wake of US President Donald Trump announcing his country’s withdrawal from the 1987 INF Treaty in October.

What makes Avangard unique is its manoeuverability as the vehicle constantly changes its course and altitude while it flies through the atmosphere, zigzagging on its path to its target, making it impossible to predict the weapon’s location, as former Russian Defence Minister Sergei Ivanov revealed. This characteristic ensures that the target this hypersonic missile is actually heading to remains virtually secret, according to the US think tank Rand Corporation.

As Die Welt explained, US radar and NATO ABM cannot detect or stop the Avangard, which could be a problem considering the US’s decision to withdraw from the INF.

“You have to cover thousands of miles, not hundreds”, chief engineer of the Pentagon and ex-chief of NASA Michael Griffin told an expert panel shortly before the test launch, pointing out at the curvature of the globe, limiting the coverage of radars, taking the vastness of the western Pacific Ocean and the lack of islands for radar.

“There are not many places where radars can be parked. And if you find them, they’ll probably become targets,” Griffin said.

To detect the missile’s launch, the US would probably have to install a network of reconnaissance sensors in space. And as if Russia’s latest test wasn’t troubling enough, Russian engineers noted that China has carried out similar tests.

“China tested more hypersonic weapons last year than we did in a decade. We have to change that,” he stated.

Still, though it has lagged behind in hypersonic weapons development, the Pentagon is struggling to catch up. The Defense Advanced Research Projects Agency revealed this week that it is seeking new designs for cooling super-hot leading edges of hypersonic vehicles as they rip through the atmosphere as it works to develop its own hypersonic missile. Considering that the New START arms control treaty between the US and Russia will likely expire without an agreement to renew by 2021, that task is probably taking on a renewed urgency.

Watch video of the test below:

Is it not time to acknowledge that Russia is the No 1 military power? They are ready to defend their land and people. This should not provoke an arms race but change of attitude.For God’s sake, treat Russia with respect and sort out your national problems. The globalization/american imperialism project failed already.

Are you for real? You are asking what attitude should be changed? ??? !!! Well, for starter they (deep state ) can stop projecting their own sins and misdeeds on to Russia. They can start behaving like humans and not war-mongering- greedy- barbarians. They can also go for mental treatment as it is long overdue.
I don’t think Russia has advertised their position globally. Russia has showed them that she will not smile and nod should they lose it completely.

“I don’t think Russia has advertised their position globally” Indeed, kindergartens are a better place for that.

The ppl on heir seem to be retarded since Russia’s goal is to keep its real power (militaraly) a secret.

I think she tries to brag more than she can.

Not really since they are quite restrained if they did want to make a statment they wold have steam rolled Ukraine along time ago and they wold have shot down IAF aircraft in Syria.
But Russia seems to want a diplomatic solution without war.

I think your statement that the west can starve the USSR/Russia is absoultely ridiculous. The west cannot even starve an insignficant island like Cuba, let alone a continent like Russia.

USSR had a lot of things to leverage, it was easier to get their things broken. Think of a tall building vs a small building comparison.

Only that the USSR did not starve…they actually started haveing problems with obicety befor the US did…but you seem to know as mutch about that as you do about economics…And yes they can more the affoard to do that but they choose not to since its not worth it for them in Putin’s eyes.

They weren’t fat but bloated from water retention (edema) caused by congestive heart failure and diabetes.

Google “US and UK food line” like i said they started suffering form fat befor the US did idk witch moron thought they all starved but he was wrong.

ok i did, no people found, your argument is invalid. 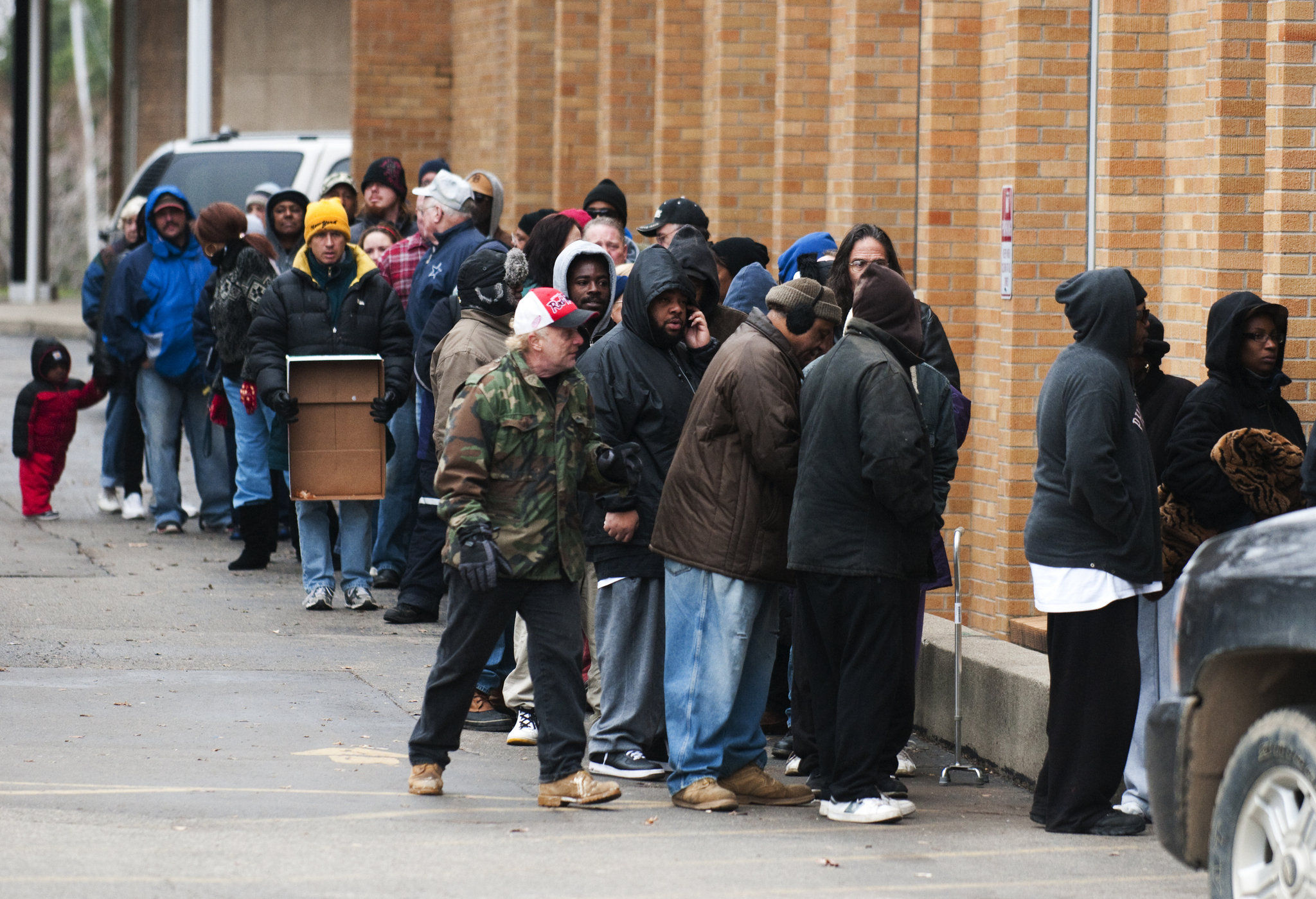 even till this day you have food lines……

Those are beggars waiting for free food lol commies food lines were made of 90% of the population. Of course the 10% state apparatus will never admit it.

yeeea still no proof of that i have never seen a pic of a post stalin USSR with ppl in line for food.

Taking idea out of context is not only childish but it hurts your argument – which poof is gone.

And a lot of Russian claims turn out to be bullshit!

Just a total side issue here, as I noticed that you use female terms regards Russia whereas, I read read an article a couple of weeks ago where it stated male terms; ie Fatherland…. so is it “Motherland or Fatherland”.

I DO NOT KNOW IF THIS IS TRUE – https://republicordeath.wordpress.com/2016/04/06/vladimir-putin-and-the-case-of-the-disappearing-motherland/

I found many other opinions stating that it is both, the military, the defence etc….is male is Fatherland and blah blah.

Just out of interest, do you have any opinion or thoughts or help?.

Avangard and Khinzhal hypersonic weapons make US land and sea defenses useless and meaningless. If US Navy is uncertain they have the capability to intercept successfully Mach 3 cruise missiles with their Aegis air defense system, how could they deal with Mach 10 or 20 velocity weapons, considering their antiballistic missile system is mostly sea based?

>>This characteristic ensures that the target this hypersonic missile is actually heading to remains virtually secret, according to the US think tank Rand Corporation.<<

If only an avangard could take out this neo-con think tank, the world would immediately be a better place for everyone, including Americans.

We are not “panicking”. Why not?
Because we have our secret military classified new space nano plasma laser weapon which no one knows about, plus our moon landing.
This weapon can wipe out entire countries in a split second, but we dont use it in Syria for humanitarian reasons……….until its necessary!

“plus our moon landing”? WTF, you have a moon rock Haha..
“but we dont use it in Syria for humanitarian reasons”? Sure, just like in Japan. LOL

Humanitarian and American is an oxymoron.

I’m sure that the US had the same developed and perfected back in the last century!