According to US military officials, the Pentagon is investigating a possibility of Russia’s involvement in a chemical attack in the Syrian province of Idlib. 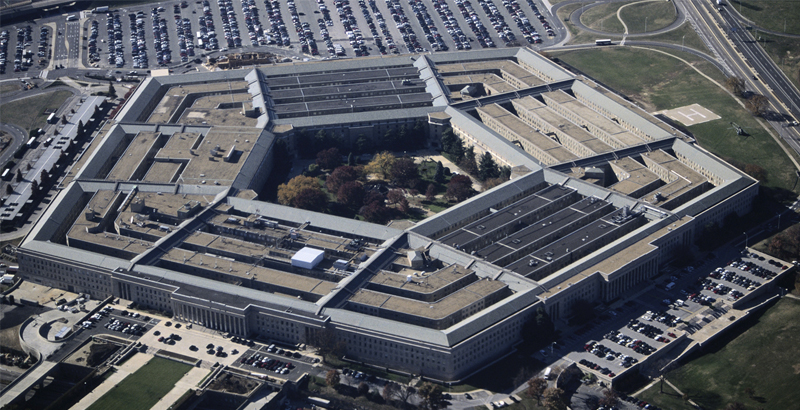 Washington is finding out whether Moscow took part in a chemical attack, carried out in the Syrian province of Idlib earlier this week, the AP news agency reported on Friday, citing unnamed senior military officials.

According to the news agency’s source, Russia has failed to control the process of usage chemical weapons by the Syrian government.

Reportedly, the US military officials told AP that an unmanned aerial vehicle (UAV), belonging either to the Syrian or Russian side, was spotted hovering over the site of the chemical attack right after it happened on Tuesday. The news agency’s sources claim that the drone left the area late in the day, as citizens were going to a nearby hospital in order to get treatment. Shortly afterward, officials say, the hospital was bombed.

According to the AP sources, the attack on the hospital may have been an effort to hide evidences of the attack. The military officials noted that they are still checking evidences.

Earlier, the Bloomberg news agency reported, citing a representative of the US Department of Defense, that the US side does not have evidence of Russia’s involvement in the chemical attack in the Syrian province of Idlib.

On Tuesday, the National Coalition for Syrian Revolution and Opposition Forces reported that 80 civilians were killed and 200 others were injured in the chemical attack in Khan Shaykhun city in Idlib province. Oppositionists blamed the Syrian government forces for the attack. The Syrian Army’s Command resolutely rejected the accusations and blamed militants and their patrons for the attack.

After the chemical attack, spokesman for the Russian Defense Ministry, Major General Igor Konashenkov, said that the Russian side expected from Washington indisputable evidence of the fact that the chemical weapons were used by the Syrian Army in Khan Shaykhun.

In September 2013, Russia put forward an initiative to destroy chemical weapons in Syria under the control of the Organization for the Prohibition of Chemical Weapons (OPCW). The stock of chemical weapons were successfully exported from Syria and destroyed: at the end of October 2014, the OPCW announced that 97.8% of chemical substances for military usage, previously exported from the country, had been destroyed.

The groundless suspicions of Washington against Russia seem to be another proof of the fact that the whole story with the Syrian chemical attack is just a provocation.

If they’re looking they’ve already found it: they put it there

It matters not if they look, truth is none of it makes any sense. So the New US president accused of being elected by the Russians is now looking to find way to smear said Russians? When all it would take to end Trump is Putin saying a few choice words, like We helped get this guy elected and this is how he repays us? No I think not, a fake gas attack, 59 tomahawks sail over three or four S300 and S400 systems, and hit dirty old air base with 1960s Migs. This is like a magic trick, focus here while they move things elsewhere. Either that or they are all retarded which may very well be the case.

Reports are that 60% of TLAMs were shot down. That is hardly “sailing over”.

Also claims of 44 hits on the airbase, who knows what is fact or fiction at this point? No doubt the Tomahawks where launched way to the south of the Russian bases. In order not to provoke a response.

who wrote these reports? there are no serious reports. and a nowhere read, they were shoot down.

Now… stop spreading ignorance please. Air base is roughly 200km from S400 and 100m from S300 position. Cruise missle flying 50-60m above ground is one of the hardest to hit targets. Detection distance is about 24-26km and effective hit range is 12-14km. Let me tell you that old patriot is worse than that. Russian air defence in Syria is covering Russian bases (Hmeimim and Tartus) – it can not cover all Cyria. Russian MD announced that they increase Syria’s own air defence significantly.

“US side does not have evidence of Russia’s involvement”. They don’t have any evidence at all, nor they need any – they trust Al Qaeda & friends because they are really good guys. McCain knows them intimately ya know.

WEAPONS OF MASS DESTRUTION, o my….. how I remember a criminal people with their criminal president.

russia should fire some kalibrs on rijad and qatar. this is the language, which understand in pentagon and the semits. secondary effect s, the oil price would rise :DD

Lol, SyAAF and Russian AF targeted jihadist workshop (making VBIED), vehicles, munition depot, HQ, communication center this is hard target, including Khan Shaykun, need conventional munition to destroy it, why use chemical weapon to deal with hard target? Most SyAAF aircraft are Soviet monkey model which doesn’t have capability to carry chemical weapon, some even broken down like several that get hit by tomahawk recently. Retaliation for Syrian babies? Oh, really convincing…I believe there’s more American treated unjustice in homeland, why doesn’t Trump ‘retaliate’ for them? Why retaliate Syrian babies thousand miles from home, with 59 tomahawk only to kill several broken down old MiG’s? Yes right, after tomahawk strike SAA base, ISIS coming for offensive, Syrian kids must be happy right now.

What utter and total BS… is there no depth to which these filthy Uh’Murikan bastards will not descend as part of their bloodthirsty warmongering????

Whatever they ‘find’ would be similar to their Russian hacking accusations – a complete fabrication.

The Pentagon looking for a white crow. The munitions carrier by Syrian planes the day of the alleged attack could not be armed with chemicals. it was the Syrians not the Russians who flew that mission that the US is screaming its head off about. It was Russia that engineered the removal of all of Syria’s chemical weapons.

Actually, regarding Syria’s compliance with the agreement, this is a matter of the OPCW and their JIM inspections. And they have not reported any violations; there are still some gaps 1 aircraft hangar and 2 above-ground facilities, but these are outside the control and safe access by the Syrian government.