Libya would not accept the presence of British forces in the fight against ISIL, because Libya does not need 1,000 British soldiers who will conduct military training. 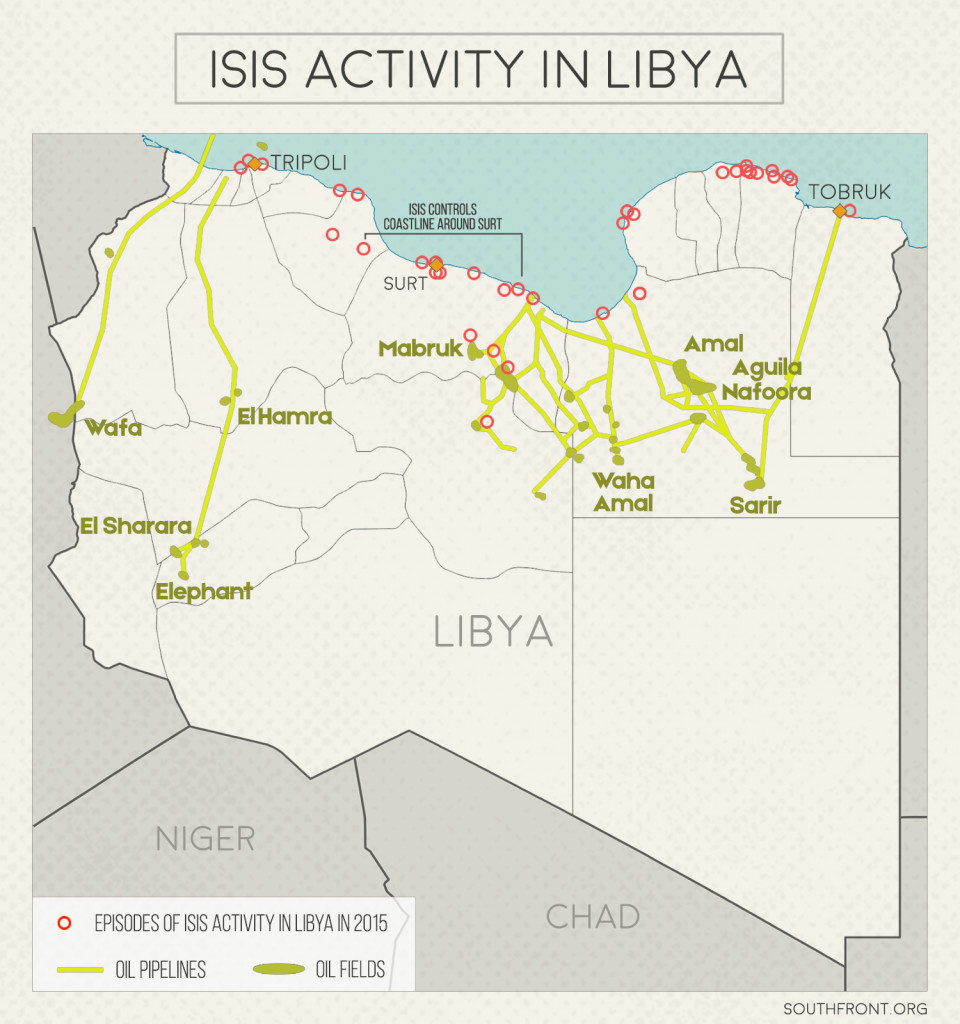 Published at AlterMainstreamInfo, translated by Mario Andrijasevic exclusively for SouthFront

Recently, the Chief of Joint Staff of the US Army, General Joseph F. Dunford, said that there is an ongoing preparation of a military campaign in Libya on the horizon which will be conducted in cooperation with the allies.

Pentagon officials and other members of NATO, now motivated by the volatile situation in the Middle East and the threat of terrorism called “Islamic State” which occupies the territory around the Mediterranean, are ready for action. Regardless of the current limited or even non-existent military and security role in Libya´s crisis last couple of years.

Speaking of expanding the interventionist policy in Libya, General Dunford said: “We want to launch a decisive military action and stop the spread of ISIL, but at the same time we want to do it in a way that will support the long-term political processes. I think it is clear to us as it is to the French that everything we do must be in cooperation with the new government in Libya. ”

Of course it is about a neo-colonial regime which seeks to impose even the special United Nations envoy Martin Kobler.

After the war of 2011 in Libya, it came to a separation within the installed political powers which also split into two rival sides.

On the one hand there is a group that presents itself as a “legitimate”, and on the other rebel groups as terrorists, but still receive generous aid in arms, money and media support by the US State Department, the British Foreign Office and others. All with the intention to present them as the legitimate leaders of the country which is rich in oil.

Washington has so far led a kind of “soft war” against the Islamic state, which eventually won a number of towns and cities on the Mediterranean coast. Now the Pentagon intends to tackle the growing influence of the Islamic state and moving activities in Libya.

Speaking of Libya, US General Dunford points out that the military action must be implemented as soon as possible, perhaps in the next few weeks.

However, preparing the ground for this kind of action depends on the political unification of two rival political factions vying for power in the North African country.

To this date, there have been many announcements of the final agreement, but in the end the members of the National Congress in Tripoli and the House of Representatives in Tobruk regularly rejected the terms of the peace agreements.

However, many have rejected any possibility of another military occupation of Libya, and if they stay in a position of rejection of foreign military intervention it will create additional tension about the announced arrival of mostly Italian 6000 soldiers and 1000 British. Let us not forget that Italy, before the declaration of independence in 1951, was a major colonial power in Libya.

On January 21, Colin Freeman, chief foreign correspondent of The Telegraph published an article in which he says: “Ahmed Mateeq, newly elected deputy prime minister, warned that Libya would not accept the presence of British forces in the fight against ISIL, because Libya does not need 1,000 British soldiers who will conduct military training.”

This statement came only few days after the announcement of the agreement on the unification of two rival factions in Libya, which should completed the civil war between the forces that support the United States and Brussels. This of course undermines the entire pre-designed scheme.

If the imperialist forces would open fire on Libyan political groups involved in the negotiations under the auspices of the United Nations, it would lead to the worsening of relations and even greater instability in the country and the region.

Freeman in the aforementioned article mentioned that Mateeq said “that help from the West would be welcome, but only in the form of logistics and technical support, as most Libyans will not accept the presence of foreign troops in their country.”

“This is a very sensitive issue for all Libyans and we will protect our country with our own forces. At this moment we cannot accept this, although we believe the British allies and friends, “said Mateeq.

He is a member of the ministry of 32 members which was elected after 18 months of negotiations in which a mediator who participated was a German diplomat Martin Kobler who is the UN envoy to Libya between the two rival regimes.

Kobler is a diplomat with extensive experience in the imperialist scenarios, as in the war in Iraq and in the Democratic Republic of Congo. The West knows how to “twist arms” to the opposing parties and force them to accept unification, but this does not solve the burning issue of hundreds of members of the armed Islamist militias throughout Libya who took “the law” into their own hands.

Colin Freeman claims “how, regardless of what Deputy Prime Minister Mateeq says, the diplomats from the circle of negotiators for the new government of unity could accept the offer of the British, if their purpose would only be to train Libyan soldiers.

However, this would mean a re-occupation of the country indefinitely.

In addition Freeman cites a Libyan diplomat who said that “no matter if the involvement of the British training of Libyans two years ago led to chaos in the country, or better said, when the Libyan soldiers in Bassingbourn were accused of rape, military training has to be implemented in Libya and not in the UK.”

Moreover, Al-Arabiya reported on January 23 that Russian soldiers were also present in Libya, but apparently as part of an agreement negotiated by the United Nations envoy Kobler.