The US military departments blackmail Moscow with a military solution of the Syrian issue. 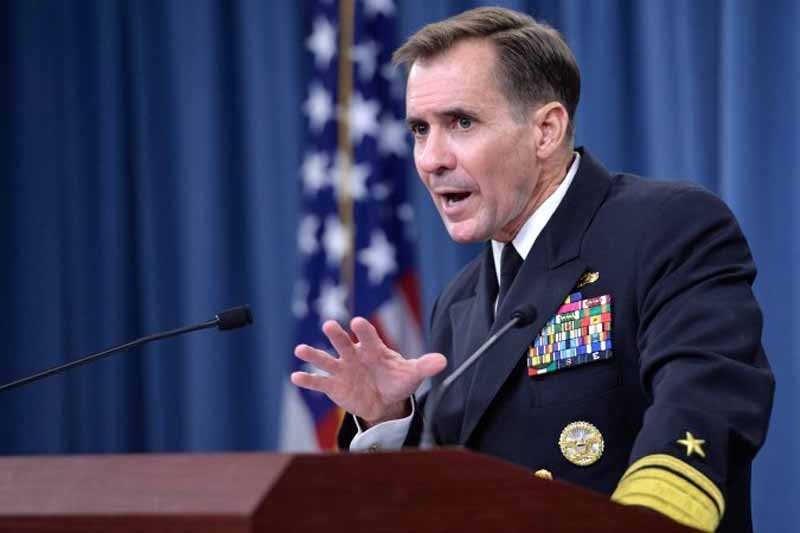 The so-called American Plan B on Syria suggests a heavy-handed scenario. It was developed by the US military departments in a secret from the White House, the Izvestiya newspaper reported on Friday, citing a source in diplomatic circles.

According to the source, the Plan B was developed by the US security agencies for a case of failure of the efforts of the US Department of State. It involves intensification of airstrikes by the US-led international coalition, sending of the additional Special Forces, and increase in the supply of arms to the so-called ‘moderate’ opposition. It is supposed to depose the leadership in Damascus with the help of ‘moderate’ militants. The source noted that the US Department of State was not involved in the development of an alternative military strategy on Syria.

As the source said, now the ‘spare’ plan goes on the agenda due to the offensive, launched against positions of militants in Aleppo, which came as a surprise for supporters of the military solution of the Syrian crisis.

“Return of control over the city by the government forces is inadmissible for them, and for this reason the security forces seek every opportunity to prevent it,” the source said.

The interlocutor of Izvestiya also stressed that Russian representatives, involved in the consultations in Geneva, have noted an existence of contradictions between the US Department of State and the US security ministries. In particular, despite the agreement on disclosure of data on location of Syrian terrorist groups, reached by the Russian and US diplomats, the Pentagon has refused to submit relevant information to the Russian side.

As First Deputy Chairman of the Council of the Federation Committee on Defense and Security, Franz Klintsevich told to the newspaper, Americans test Russian strength and may go for military actions, similar to the one that has been conducted in the area of Deir ez-Zor recently. At the same time he expressed the hope that this situation will not lead to a direct confrontation between Russian and US military.

Confrontation on the Syrian issue between Russia and the US has intensified after the failure of the ceasefire agreement and the beginning of the massive offensive on Aleppo, launched by the pro-government forces, backed up by the Russian Aerospace Forces. In light of these events, spokesman for the US Department of State, John Kirby, even said that Washington is exploring a possibility to stop any contacts with Russia on Syria, as Moscow allegedly does not take any moves to restore the truce in the country. Arguing about possible consequences of such acts, the diplomat came to direct threats.

Assad and his wife are a nice couple. I don’t care about all the rubbish zio-media spreads, this man does not look like a psychopath murderer at all. Best wishes to them.

Excellent point! Without Assad millions of Christians and other religious minorities in Syria will be massacred by the headchopping barbaric jihadists fanatically supported by America, the West and thevevil Saudi wahhabis. SHAME ON AMERICA!

Nuremberg Principles says that the instigation of war is the “supreme international crime”. The conflict in Syria erupted and continues for just one reason: the huge ongoing sponsorship of this war of aggression by foreign governments. When this is over and Syria wins which is most likely, we may see US officials like Carter dancing on the end of a rope, like Saddam did. That is what justice is all about.

Why is this not obvious to everyone? It does account for the lack of formal action by the US in the Security Council. They can’t evoke Samantha Power’s noble notion of ‘Responsibility to Protect’, since its rather awkward to argue that Assad fails to protect Syrian civilians, due to the actions of the US.

Samantha Power Trip is walking dead along with the rest of us.

Australian politicians that means you too.

John Mason, everyone will be dead. So no trials.

All the more reason for the US Congress to act and impeach Obama and hold his administration accountable.

So now its time for the Russians to kick the Pentagon’s butt!

Plan B eliminate the mods. Double cross your proxies open a new front kill your proxies blame them for the violence? Always be pointing at someone or something to deflect attention from yourself Like the Donald does?

Mr. Putin, Despite the incredible patience you have already displayed as one of the world’s remaining true leaders, PLEASE, for the love of God, wait until Mr. Trump becomes the new President of the United States. Millions and millions of decent American citizens are waiting for the criminals that have stolen our country to be exposed and deposed. Your great country can, and will be a partner in the renaissance that will start on January 20th 2017, the day Mr. Trump becomes President Trump. He has already stated that he wishes to work with you and not against you. Believe me sir when I say this is also the sentiment of the majority of decent American citizens.

I fear that the dark forces controlling the West today will try and incite you to react to their terror like actions. As you know, they own our press and media and very little truth reaches the average citizen. I am a retired military officer, a conservative and patriot by any measure but find more truth in YOUR media than anywhere else I can look inside the United States. I donate to South Front regularly because I need to know what’s really happening. God Bless their courage and bravery.

The next few months will be the most trying for you. I know you have immense might and capability at your disposal but I pray you somehow find restraint. If you can, history will record that your calm and measured actions arguable saved the world from global holocaust. I have studied Mr. Trumps words and actions closely. I believe you can trust him as an equal. Please give him a chance.

I also think the same way. I believe GOD is our eternal Father and I also believe He will bless and inspire Mr. Putin on his decisions. Also, I know there are lots of decent people in US that are not willing to support an evil government. I also hope Mr. Trump get elected and then help the world to be a better place.

In fact the Lord is bringing the “Day of the Lord.” Judgement on the U.S. and the world. We’re toast. Pray to Jesus and kiss it all goodbye. One replacement world, comin’ up!

It’s not gonna be Heaven on Earth if that’s what you mean by “replacement world” according to the Bible. The Earth will be desolate place for 1000 years. The self appointed ruler of this world and his hosts will get nothing less than 1000 years to prove their equal abilities with the Godhead. So far they have proved they can destroy but that doesn’t qualify them as creators.

Cursed be who trust in man is what the Bible says. Mister Putin is not the savior of the world. He is only mere mortal. Jesus is the resurrection and life.

Excellent post, but “the dark forces controlling the West today” won’t let that happen. Hope we can avoid a Russian nuke sub first strike attack against the East Coast. Probably not, though.

If Trump were the real deal they wouldn’t have let him run in the first place and besides they control the vote count and will pick whomever they want. You might remember they stole the election both times for George W. Bush and stole it again this time for Hillary Clinton against Bernie Sanders.

American destiny is clearly depicted in the most sure word of prophecy the Bible in general and its books of Daniel and Revelation in particular.

The Americans are a grave danger to themselves, let alone others.

Most Americans have no idea about any of this. They can’t even name the President. Most just live their lives. The globalist shadow gov’mint controlling the U.S. is a grave danger to the world and most of all to my fellow Americans, who are about to get hammered.

“John Kirby, even said that Washington is exploring a possibility to stop any contacts with Russia on Syria….Arguing about possible consequences of such acts, the diplomat came to direct threats.”

Well, well, the satanic globalists in the shadow gov’mint RAISE their UGLY HEADS. They’re going to provoke Russia into a first strike against the U.S….As Putin said, when one gets the idea that his enemy will soon strike, the first one to strike wins.

US government is bunch of demoniacs their mind have grown dark, However their darkness makes the Light of the World shine brighter.

I’m fed up with Americans, definitely.

thank you assad for defending freedom of religion in syria, that is why the jesuit new world order ,which owns vast amounts of oil companies wants you nutrilized but the god I serve wants me to pray for you your nation,russia for your good continue the fight agaist evil,I an american christian.

Sorry boys but I don’t see Trump as a savior! I would also think the rest of the world sees it the same way. That being said, I hope he wins as there is a slim chance him being an outsider means hes not part of an agenda. Once in (if it happens) he is likely to tow the line like the last several have done and simply sign on with the globalist. Most Americans have no idea about Syria, too busy trying to just get by. They have no idea there government is in a occupied state. However they have proven they have no desire to be involved fighting in Syria. Obama’s last red line threat was met with a lot of resistance among normal people, I would venture five years on they still feel the same! If Clinton were to win, it’s on! Clinton’s victory equals worst possible combination, the media will never check her, the left will never take to the streets to depose her and our flag waving right wing necon’s will line up to do the liberating! After all those years nose to nose in the cold war and now I think its closer then ever!

Again I urge all readers and contributors to this post, please consider the millions upon millions of decent God fearing Americans that are disgusted with our stolen leadership. It is not so much the person Donald Trump as it is the movement of TRUTH that wants no ore than to depose the criminals that have stolen the spirit of freedom and decency that used to be the United States. Our Central Intelligence Agency wreaks havoc around the globe while our NSA spies on our every thought. WE THE PEOPLE have had enough and the movement supporting Donald Trump is more about ending the corruption than it is about electing a man. Patriots around the world, regardless of Nationality, need to understand what’s happening. Freedom is about to triumph over tyranny once again.

God bless and protect every Patriot, regardless of where you live or what flag you fly.