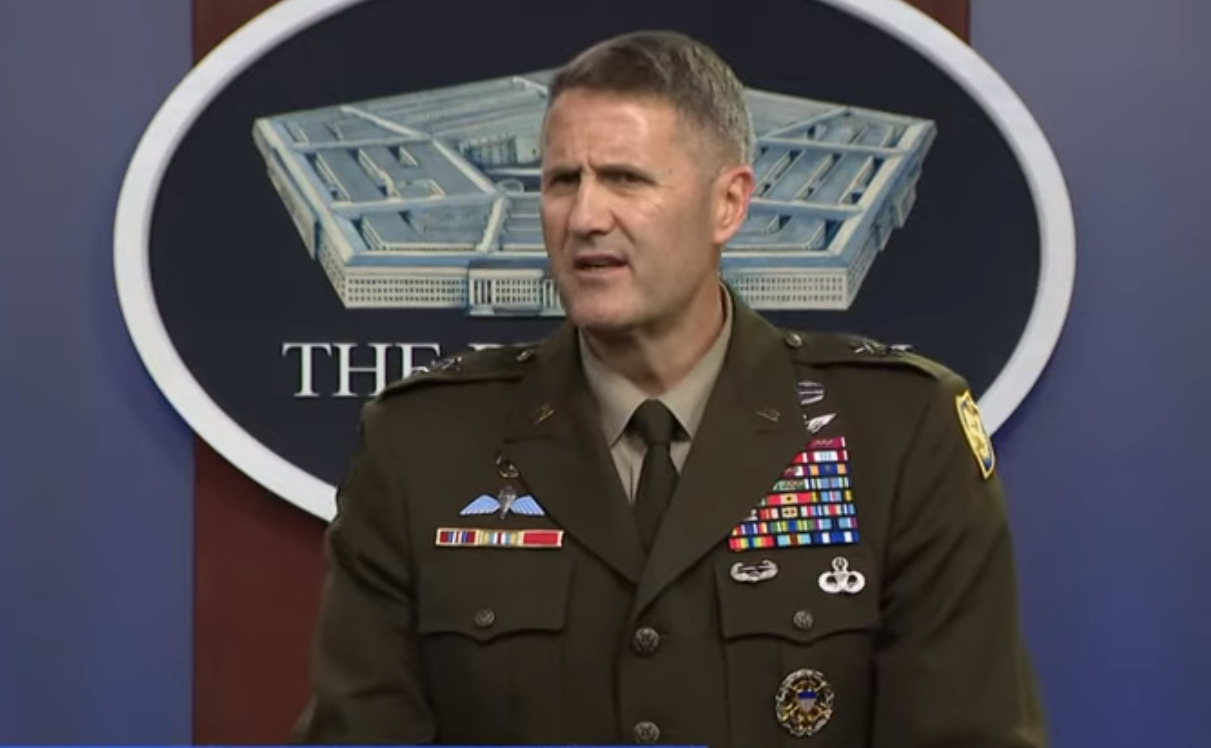 In the early morning of August 28th, U.S. forces conducted a drone strike in eastern Afghanistan’s province of Nangahar in response to the recent terrorist attacks in Kabul that reportedly claimed lives of about 170 people, including 13 U.S. servicemen. According to Pentagon’s preliminary reports “one ISIS-K planner” was killed. Later the number of victims grew up to two. However, Pentagon refuses to release names of the killed ‘high-profile’ ISIS planners.

The first victim was reportedly involved in plotting of future attacks on U.S. forces in Afghanistan, but there is still no prove that he was somehow linked to August 26 bombings in Kabul.

Later, the representative of the US Department of Defense claimed that another member of the ISIS-K was also killed in the U.S. counterterrorism operation, and one more terrorist was wounded.

It was added that there was no coordination with the Taliban ahead of the strike.

MG Taylor: Yesterday, U.S. military forces conducted an over-the-horizon counterterrorism operation against an ISIS-K planner and facilitator. […] I can confirm now that two high-profile ISIS targets were killed, one wounded, and we know of zero civilian casualties. pic.twitter.com/VTEtsamXzl

According to the footage shared on social media that is reportedly showing the spot of the U.S. drone attack, ISIS planner was targeted while driving a vehicle along with his associate. The site is located in PD-7 of Jalalabad city. According to some local sources the strike took place around the midnight.

However, no information about the victims or who leaved in the targeted house was not released by Pentagon, or other sources.

The effectiveness of the operation is at least questionable. In his speech Adm. John Kirby claimed that ISIS-K “have lost some capability to plan and conduct missions” though “the threat stream is still active” and the strike doesn’t “get us in the clear.” It may be concluded that the drone strike was simply “symbolic” and will not likely somehow ameliorate public perception of Biden’s policy towards Afghanistan, if only it is not followed by a larger operation.

More BS for the US masses to gulp down like a Super-sized Big Mac, a one gallon diet coke and a 2 lb. side order of fries. They probably killed a few hedge-hogs and that’s their body count.

Their lies are becoming more blatant, illogical, stupid and pathetic, you are losing your touch there Western Globalist.

The two allegedly killed former members of humanity were probably named Harvey Weinstein and Jeffrey Epstein. My unnamed sources in the intelligence community (Lancelot Link: Secret Chimp of A.P.E.) are just as credible as the multi-billion dollar agencies of the US.

Don’t ever let your kids near anyone with a *stein in their surname ….

they better come up with much more credible BS or they have got to replace the BS generator with new one. this won’t cut it.

Probably a couple of CIA agents who they couldn’t airlift out so they decided to leave them behind permanently. TEP.

American theater, they’ve been bringing to Hollywood for years. People including Liberals no longer buy the horseshit. “Time to pull the building, their’s just been to much lose of life.” It wasn’t a Hollywood set who pulled that building that day. Massad Zionist crew in on the whole conspiracy along with Silverman and his evil,sick, pricks. Now look at it’s legacy in Afghanistan. Trying obfuscate the blatant truth of 20 years of trained CIA, Mi6, Massad trained terrorists! What a stain on mankind and one can only hope for their removal.

I agree with a post I read last couple of days. Why didn’t they kill these killers if they knew they had planned attack? I think one can guess, perhaps their CIA handlers were in on it. Just saying, optics and all. Think who these devils are.

All lies from the beginning to end.

Which country would have allowed a US drone across their air space at this time?

The US Army can’t even find a haystack on any given day, let alone the needle inside it …

The USA took 40 years and 4 trillion dollars to replace Al Qaida with …… ISIS-K!

I bet both are pakistani urban jihadi’s. Hundreds of Pakistani punjabi jihadits have been indicted on US orders trying to help Syrian Al-Qaeda and Daesh family members on line.

but Ashok, time and again the indicted ones turn out to be sunni mudda fukka camel jockey and hendu-pak dalits no?……come on no?…….lol

They have lost all self respect. Who will buy this shit.