Russia has dispatched about seven tanks into Syria and is increasing its military flights to the country as well, the Pentagon says. 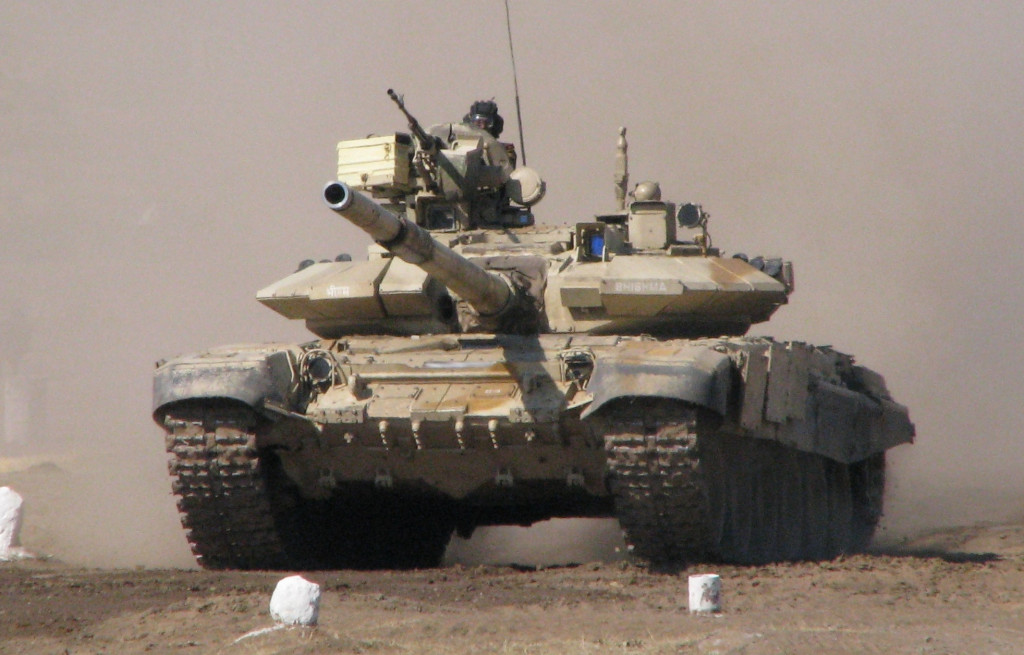 “We have movement of people and things that would indicate that they plan to use that base south of Latakia as a forward air operating base,” Pentagon spokesman Navy Capt. Jeff Davis said on Monday.

“That airport is being readied to be used as a forward air base,” Davis added, according to The Hill.

Moscow has stationed its Russian T-90 tanks at the Syrian airfield near Latakia, and it has been increasing the number of its military flights to the same airfield, another official told Reuters.

Davis also said that Russia had six to seven flights to the war-torn country last week while it conducted more flights this week.

All the flights have been on giant Russian Condor cargo planes, which are the largest military transport aircraft in the world.

Seven Russian Antonov An-124 military transport aircraft have taken off from a base in Russia during the past week to transport equipment to Syria, The New York Times reported on Monday, citing US officials.

The US has reportedly intensified efforts to block Russian flights to Syria to stop what it calls a Russian military buildup in the country.

“We have encouraged our allies and partners to ask tough questions of Russia’s increased military deployments to Syria,” The Times quoted John Kirby, the State Department spokesman, as saying last Tuesday.

The US is concerned over whether the Russian tanks could be used against US-trained militants fighting the government of Bashar al-Assad.

Russian Foreign Minister Sergei Lavrov listens to his Saudi counterpart during their meeting in Moscow on August 11, 2015. The two diplomats discussed the Syrian conflict. (AFP)

In a recent phone call, US Secretary of State John Kerry told his Russian counterpart Sergei Lavrov that Washington is worried over reports of “an imminent enhanced Russian military buildup” in Syria.

According to Russian news agencies, Lavrov has recently said that the cargoes “were military supplies” and that Moscow “will continue” to send those supplies to Syria.

“They are inevitably accompanied by Russian specialists, who help to adjust the equipment, to train Syrian personnel how to use this weaponry,” the top diplomat said.

Moscow and Washington have had major differences over the crisis in Syria. While the Kremlin lends support to Damascus in its fight against Daesh (ISIL), the White House seeks a “political transition” without President Assad in the picture.

Tags:isil, russia, syria, the us