The Washington Post’s Josh Rogin has revealed stunning comments issued by Vice President Mike Pence during a conversation between the two aboard Air Force Two as the VP traveled for an official trip to Asia this week, where he landed in Singapore for regional summits highlighting Indo-Pacific security, trade and investment.

Pence reportedly said the White House is prepared to undertake take dramatic policy changes regarding China if Beijing does not capitulate to its demands as the trade war continues. In addition to the issue of tariffs, pressing security issues include the US demanding Chinese cessation of what’s reported to be widespread intellectual property theft and refusal to recognized America freedom of navigation through and above the South China Sea. According to Rogin, Pence went so far as to speak of “an all-out Cold War” during the interview, promising that:

If China wants to avoid an all-out cold war with the United States and its partners, it must fundamentally change its behavior, according to Vice President Pence. The United States, he assured me, won’t back down.

Threat of initiating a “cold war” with China is one thing when analysts and op-ed pages have thrown the term into the public square of late; however, its quite another, constituting dramatically escalatory rhetoric, when the vice president of the United States says it. It represents a dangerous crescendo after months of down spiraling Washington-Beijing relations, and at a time when Russia is demonstrating its increasingly cooperative stance of solidarity with China.

The words also come weeks before Presidents Trump and Xi Jinping are expected to meet on the sidelines of the G20 summit in Buenos Aires on November 30. Given the timing, we could also be witnessing the administration laying the groundwork for Trump’s classic “arguing from the extremes” to pressure foreign leaders to give up more during negotiations.

According to Rogin’s op-ed:

Pence told me in an interview that Trump is leaving the door open for a deal with Xi in Argentina, but only if Beijing is willing to make massive changes that the United States is demanding in its economic, military and political activities. The vice president said this is China’s best (if not last) chance to avoid a cold-war scenario with the United States.

Referencing the G20 meeting, Pence said, “I think much of that will depend on Argentina.” In what is a clear message to Beijing ahead of the face-to-face meeting, Pence described: “The president’s attitude is, we want to make sure they know where we stand, what we are prepared to do, so they can come to Argentina with concrete proposals that address not just the trade deficit that we face… We’re convinced China knows where we stand.”

The US, Pence said further, is “in a strong position” for a potential escalation of the trade war it has already ongoing and vowed President Trump “won’t back down”. Hinting that Washington has much more in its arsenal, Pence continued: “We really believe we are in a strong position either way. We are at $250 billion [in tariffs] now; we can more than double that,” and affirmed, “I don’t think it’s a matter of promises. We’re looking for results. We’re looking for a change of posture,” according to the interview.

China, however, has not shown a pattern of conceding to threats — in fact it’s demonstrated it’s often willing to risk confrontation with the West — the latest case in point being responding to US tariffs with its won protectionist measures, or in other instances aggressively intercepting US aircraft and navel vessels while laying claim to international waters as sovereign Chinese territory.

With now explicit talk of a US-China “all out Cold War” coming from the administration it’s past time to remember “Thucydides Trap” theorist and author Graham Allison’s warning:

“If Thucydides were watching, he’d likely say all parties almost seem to be competing to show who can best exemplify the role as rising power, ruling power, and provocateur.”

This could easily lead to the following scenario base on the slightest provocation, according to Professor Allison: “What happens is that a third-party provocation, an accident, becomes a trigger to which one of the two feels obliged to respond and they find themselves in a war that neither wanted.”

They (the US) seem to be unable to grasp the facts that they are both the most hated nation on Earth, and that the longer they act like the total delusional, arrogant idiots they are, the harder and quicker the backlash will become. Crazy, disillusion people.

Only last year people were saying that it would take decades for the dollar to be replaced as the main international reserve currency. Now, with their maximum leverage sanctions and tariffs policy and with necessity being the mother of invention, we can see their downfall coming much sooner.
It’s like watching Homer Simpson playing chess.

He will once Trump is forcible removed from office.

‘cept that will never happen. Trump removed from office? Give it up…

the fat dude is doing good things for the elite who put him in office.. if anything the masses will be bullshitted into voting for him again.. tragic I know..

This is our red line folks. If China step over this red line we act. Its 100% up to China.

If China wanna feel the pain, you go and you step on this red line, then go now, its up to you. We have been warning you and we have advised you, but its up to yourself to change your behavior China.

We are Americans and you know we are a winner nation and not losers. Therefore you know an American never backstep. An American always move forward, therefore its completely up to you!

Americans are bullies who stand right in front of someone in their private space, looking like a crazed idiot, then act with indignation when the other guy even has the gall to tell the US to take a step back.

And Americans backstep plenty. You got kicked out of Vietnam and Somalia, and you accomplished fuck all but make things worse in Iraq and Afghanistan. You are however very good at chest thumping and telling yourselves your winners.

I hope China and Russia steps over Pence’s red line. A winner nation? ROFL Only in their dreams.

What a retard. Talking like a trash-talking n***r isn’t going to earn you any respect.

If the US ‘brings it on’ then China will use use their excess (from not producing cheap stuff for the US market) industrial might to copy military gadgets and roll them out cheap in all other conflict areas the US is already involved in.

You’re a crazed Zionist shill of the type that most Americans detest. You don’t speak for America or Americans. You speak for ziocon scum.

Never back step and always move forward. That explains why the US went over the cliff. Thanks for clearing that up for me.

Is this guy Pence an actual human being, or a cardboard cutout replica of a human being?

The guy is nuts; perhaps even more so than Bolton.

The way he walks, it looks like he sat on a stick, and it got stuck.

China has been really dumb in not already buying hundreds of advanced Russian fighters, bombers many more S-400 systems etc. Yes China wants to make their own systems but no 1 country is number 1 in any military technology field. Look at Israel and its USSA slaves scared to death of the S-300s in Syria. If China buys many more planes and stations many more Russian air defences like the S-400, S-300, S-200, Pantsir S-1s, Buk-M etc. the USSA won’t be a problem in the South China sea or anywhere off of the coast of China or at any Chinese military base in the world.

Regarding nukes, the Chinese have been pumping out DF-41s (ICBMs). Due to their media blackout of military matters, I’m more than certain that they have much more nukes than what Western think tanks believe (~275). Regarding J-20s (stealth fighter) and Y-20s (transport planes), they’ve been pumping out more than what pundits have been expecting. Their production of J-15s (naval carrier fighter) is unknown and given how methodical they’ve been with their carrier program, there is a lot more than what they are willing to show; given that their second carrier just completed their third sea trial and is expected to be commissioned early next year.

China still needs to buy many more planes and stations many more Russian air defences like the S-400, S-300, S-200, Pantsir S-1s, Buk-M etc. so the USSA won’t be a problem in the South China sea or anywhere off of the coast of China or at any Chinese military base in the world.

For the thinking person who is capable of independent thought and not easily brainwashed by the media and slackjawed, mealymouth politicians, let’s look at facts and reality. Since the imposition of ~ $250 billion dollars (USD) of tariffs on Chinese exports to the US this year, Chinese exports have actually risen 13 % compared to 2017. The Chinese trade surplus with the US has increased 6 % in October. So the tariffs have really backfired on the US economy. Concerning the Chinese bases in the South China Sea, all of this tough talk will not change anything. Those bases aren’t going anywhere anytime soon. Mr. Pence is just another rhetoric spewing. Kosher chicken hawk parroting the wishes of his handlers and masters. If ever he was even near a combat zone, he, like many others of his ilk would need tons of adult diapers. (Stay tuned for the brain-damaged mentally deranged annual American shopping madness known as Black Friday on November 23, the day after the Thanksgiving holiday. Millions of fanatics will be storming their local stores for. you guessed it, products many of which were produced in China. This shopping frenzy will certainly produce some real disgusting, shameful and in many cases, violent scenes.)

The US needs extinction grade dejudification. The whole planet does. The sooner that this evil cult is gone, the better.

Unlike Mike Pence, China doesn’t understand the true cost of war or the sincerity of his threat not to back down. They never had to borrow Trillions of $ to bomb other countries. They only had to fight the Japanese in their own country and were forced to buy opium.

US antisocial behavior is self sanctioning itself by it’s own repulsive misconduct. The US is AshkeNAZI Israel on steroids.

Coincidence? I don’t think so. 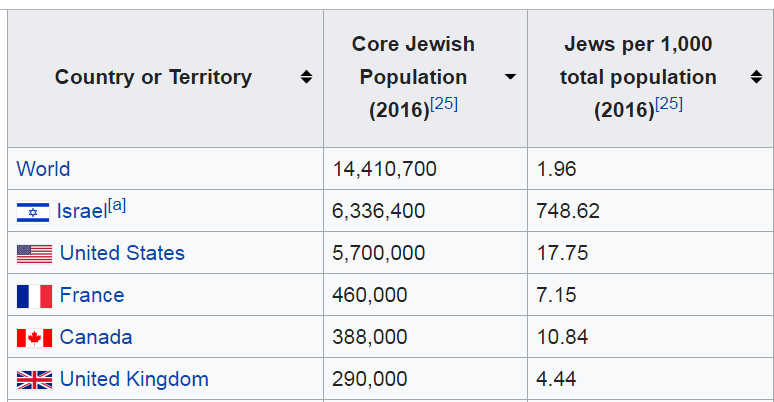 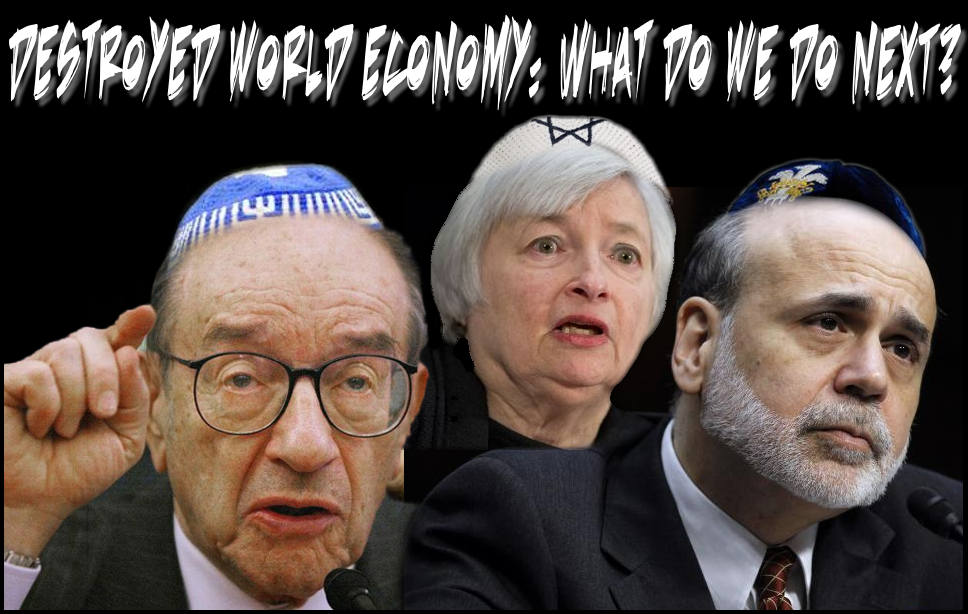 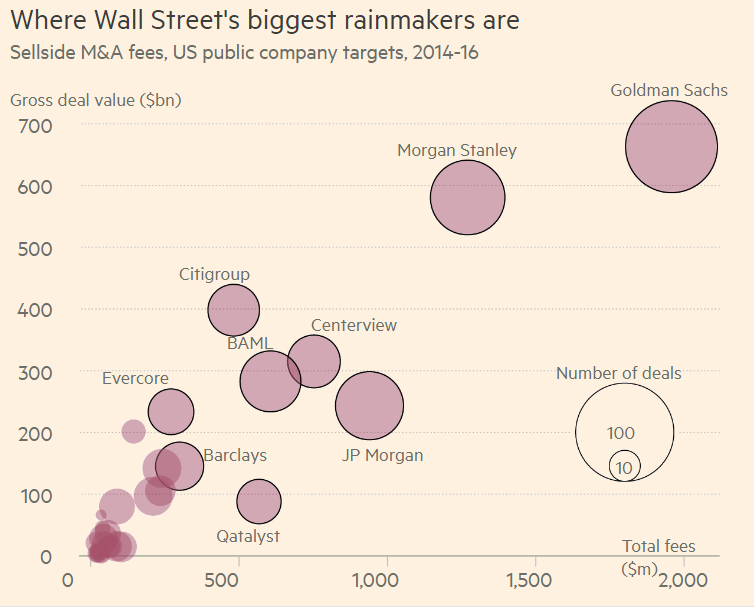