The challenge is to prompt definitely the negotiations in order to culminate them on the agreed date: March 23rd. 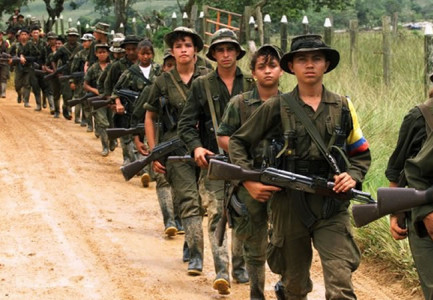 Published at juventudrebelde.cu, translated by Lisbeth Mechter exclusively for SouthFront

The government of Colombia and Colombia’s Revolutionary Armed Forces – People’s Army (FARC-EP) started on Wednesday, in La Habana, the crucial phase of the peace process aiming to prompt definitely the negotiations.

Even with the task turning harder with the complexity of pending issues like: arms withdrawal and the countersigning of the agreements, both parts have shown their will to stop the inner armed conflict that has lasted more than fifty years.

The government pointed last Monday that they would be part of the negotiations uninterruptedly in order to reach as many advances as possible to close the negotiations in the agreed term altogether with the President Juan Manuel Santos on March 23rd. However, members of the guerilla have said that a peace process could finally be reached by yearend.

The chief of the insurgent group Iván Márquez, expressed his certainty that by the end of 2016, Colombians will have a peace treaty assuming their compromise and political decision to continue advancing towards the signature of a final agreement, to then start the complex procedure of implementing all the arrangements, issue on which there’s still not a consensus.

The insurgents have opposed more than once to the governmental initiatives for the countersigning of the agreement –among them, the fulfillment of a plebiscite already approved by the Congress of Colombia- because, they reiterated, it must be fully accepted by the Colombian people.

FARC-EP qualified this moment as a decisive one, in which it’s necessary to work for the arrangements to become effective and not only be part of a “catalogue of promises and good intentions”.

The negotiations started on December 2012 in the Cuban capital were restored after solving another inconvenient generated by both sides after several days of crisis, with the mediation of Cuba and Norway, guarantor countries of this peace process.

*FARC-EP is a self-proclaimed Marxist-Leninist organization operative in Colombia and the border with Venezuela. The organization started its operations inside the country since 1964, year of their official conformation, aiming to proclaim a socialist state inside Colombian territory.