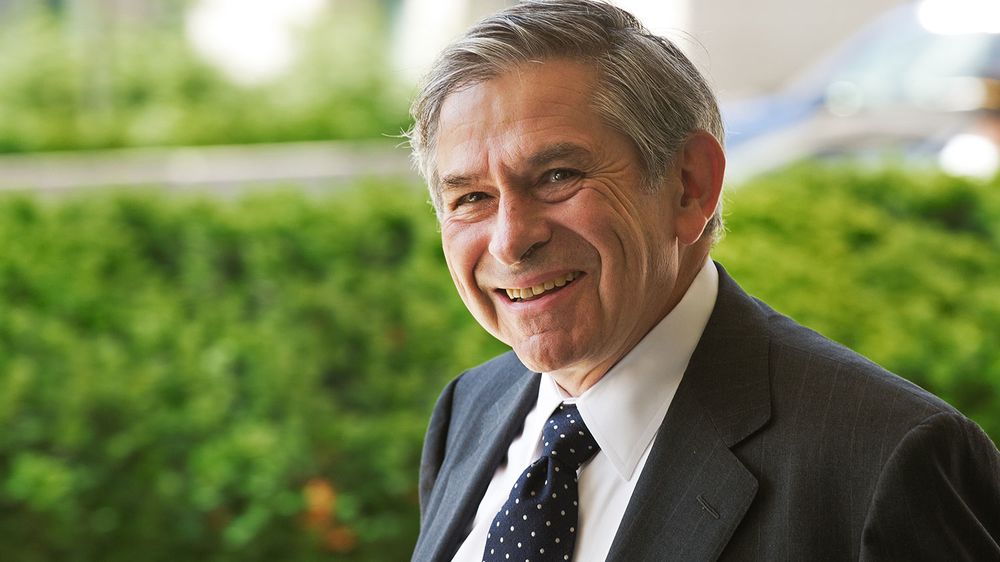 It was all marvellous for Paul Wolfowitz to get on Australian television (why bother?) to brusquely discuss those attacks on US soil in September 2001 and criticism of the invasion of Iraq by US-led forces.  After two decades, the former US deputy secretary of defense has not mellowed.

With each show, interview and podium performance Wolfowitz gives, there is a sense that the hole he has dug for himself has become an oasis of reassuring delusion.  Iraq’s despot Saddam Hussein, executed at the behest of authorities sponsored and propped by the US, gave Wolfowitz an ecstatic excuse to explain the rationale of American power: he was a threat, and worldly threat at that.  In 2003, there was little evidence to suggest that, but neoconservatism has always been a doctrine in search of cartoonish myths.

The fact that Weapons of Mass Destruction featured prominently as the reason for overthrowing Saddam became the necessitous outcome of bureaucratic sensibility: “for reasons that have a lot to do with the US government bureaucracy,” he told Vanity Fair in 2003, “we settled on the one issue everyone could agree on: weapons of mass destruction”.

When those elusive WMDs proved stubbornly elusive, PW shifted his emphasis from security rationales to one of liberation.  Along the way he blamed the “consensus judgment of the intelligence community” for not getting it right in the first place, an assessment verging on the mendacious.

While Saddam Hussein was a high grade butcher and villain to many of his people, it is hard to credit him with the Bond villain, pulp view Wolfowitz gives him.  Evidence chasers such as Ben Bonk at the Central Intelligence Agency were frustrated in being thrown at the fruitless effort to link Saddam to al-Qaeda.  Intelligence operatives were effectively being leaned upon to confect the record and find justifications.

In 2013, Wolfowitz was still insisting on uncertainty as a principle.  “We still don’t know how all of this is going to end.”  He accepted that the decapitation of the Iraqi leadership without an immediate substitute might have been unwise.  The “idea that we’re going to come in like [General Douglas] MacArthur in Japan and write the constitution for them” was erroneous.

That did not matter.  The threat was there and present, growing like a stimulated bacillus.  Depraved and disoriented, he takes the argument that invading Iraq at the time was appropriate because it would have had to happen in any case. Saddam was street store vendor, sponsor and patron of terrorism (he never defines the dimension of this, nor adduces evidence) and needed to be dealt with.  The sword would eventually have to be unsheathed.  “We would very likely either have had to go through this whole scenario all over but probably with higher costs for having delayed, or we’d be in a situation today where not only Iran was edging towards nuclear weapons but so was Iraq and also Libya.”

In 2003, the aptly named Jeffrey Record reflected his surname’s worth by taking a hatchet to the Wolfowitz view in a scathing assessment for the Strategic Studies Institute.  In declaring a global war on terrorism (GWOT), the Bush administration had identified a range of states, weapons of danger, terrorists and terrorism while conflating “them into a monolithic threat, and in so doing has subordinated strategic clarity to the moral clarity it strives for in foreign policy and may have set the United States on a course of open-ended gratuitous conflict with states and nonstate entities that pose no serious threat to the United States.”  Not sloppy, is Record.

He goes on to note, relevantly, the conflation premise: that al-Qaeda and Saddam Hussein was seen, amateurishly, “as a single, undifferentiated terrorist threat.”  This “strategic error of the first order” ignored “critical differences between the two in character, threat level, and susceptibility to US deterrence and military action” led to “an unnecessary preventive war of choice against a deterred Iraq.  The result: “a new front in the Middle East for Islamic terrorism” and the diversion of “attention and resources away from securing the American homeland against further assault by an undeterrable al-Qaeda.”

The 9/11 Commission Report, despite noting “friendly contacts” between Osama bin Laden and Iraqi officials at various points, similarly found “no evidence that these or the earlier contacts ever developed into a collaborative personal relationship.”  Nor was there “evidence indicating that Iraq cooperated with al Qaeda in developing or carrying out any attacks against the United States.”

Critics suggest incompetence and bungling in the invasion of Iraq.  They exclude venality and calculation.  Wolfowitz, as if anticipating a prosecution in some faraway court, has been busy covering his tracks and pointing the finger at other decision makers further up the greased pole.  The top suspect: current retiree amateur painter President George W. Bush.  “I don’t think I ever met the president alone.  I didn’t meet him very often.  [Secretary of State Colin] Powell had access to him whenever he wanted it.  And if he was so sure it was a mistake why didn’t he say so?”  What a merry band they make.

Wolfowitz, for the defence, always has to play some useful (or useless) idiot card, proffered from the surrounds of the tired lecture circuit or the American Enterprise Institute.  He is ideologically inclined, evidentially challenged, and keen to accept material that confirms his prejudice rather than contradicts it.  When found wanting about his decisions on accepting, for instance, the bargain basement material of Ahmed Chalabi of the Iraqi National Congress, he returned to common cultural themes.  “I don’t think anybody in that part of the world was completely straight with us.”

Perhaps, after two decades, it is time to sort the books, order the records and call forth those architects of war who, dismally deluded and acting with criminal intent and incompetence, plunged a good part of the globe into conflict, leaving a legacy that continues to pollute with tenacious determination.  Along the way, we can mourn the dead of 9/11 and all the dead that followed.

Just come out and say it…Wolfowitz was one of Israels best agents. He spewed the lies that brought death to many thousands for what? Israel. He should receive the same award as Il Duce.

Wolfowitz is a war criminal. Pure and simple. He should be hunted down and brought to justice.

Start with assad first, or you never mind from your own

Assad has not launched an international war of aggression against another sovereign state. In contrast, Wolfowitz is part US based Neo-Con cabal directly responsible for repeated illegal wars of aggression against ME states, none of which were of ANY imminent or direct threat to the US mainland.

Why is this PNAC War Criminal Baboon still at Large? There should be a combined Afghan-Iraqi squad hunting down this genocidal maniac and bring him to justice hopefully to be hung in Kabul. Ditto to the rest of the PNAC authors and Bush Era Administration ChickenHawks including the Uncle Tom bitch Condi Rice who famously proclaimed that the Taliban would not Prevail and that the US would. Hunt them down and hang the Fckers!