Does Deputy Attorney General Rod Rosenstein’s indictment of 12 Russian military intelligence officers for allegedly hacking Hillary’s emails and interfering in the US election have any purpose other than to throw a monkey wrench in President Trump’s upcoming summit with Putin? Don’t forget that Rosenstein is implicated in the orchestration of Russiagate as a weapon against Trump, a weapon that serves the interests of the Democratic Party and the military/security complex about which President Eisenhower warned us 56 years ago to no avail. Rosenstein’s indictment of 12 Russians for allegedly hacking computers is a political indictment aimed at President Trump. The indictment is otherwise pointless as the Russian government will certainly not turn over its military personnel to a Washington kangeroo court. The indictment serves no purpose except to poison the atmosphere of the summit.

If you read the indictment, you will see that it consists of nothing but improbable accusations. There is no way on earth that the US Justice (sic) Department would be able to acquire the information in this fictional story that Rosenstein has presented. Moreover, there is no sign whatsoever of any evidence in the indictment. Rosenstein knows that he needs no evidence, because the accused will never be brought to trial. http://www.foxnews.com/politics/2018/07/13/rosenstein-says-12-russian-intel-officers-indicted-in-special-counsels-probe.html

Rosenstein has thrown red meat to the presstitutes, who are assets of the military/security compex and Democratic Party, and the presstitutes will pressure the Republicans to get behind Rosenstein’s call for a united front against Russian interference. You can imagine what would happen if Trump and Putin were to have a successful summit and normalize the relations that Washington ruined between the two countries. If your imagination is not working, consult here: https://www.paulcraigroberts.org/2018/07/10/the-view-of-russia-in-the-west-paul-craig-roberts/

During the presidential election campaign, I pointed out that Trump was not Washington savy, did not know who would support his positions, which were antithetical to the interests of powerful interest groups such as the military-security complex and global offshoring corporations, and that Trump ran the risk of being destroyed by his own appointments.

Rod Rosenstein is a Trump appointment. Moreover when Trump’s Attorney General ordered Rosenstein’s resignation, Trump refused to accept it and kept Rosenstein in office. Trump’s miscalculation is so enormously wrong that he deserves the knife in the back that Rosenstein just delivered.

There is an alternative to the explanation above. The alternative is that Trump, being a bully, was convinced by those in his administration, who most certainly do not want any normalization with Russia, that the indictment would put Putin on the spot and give Trump the advantage in the bullying arena. I can hear the CIA and John Bolton telling Trump that the indictment would put Putin on the defensive and permit Trump to pressure him into a summit outcome favorable to Washington’s hegemony.

This is a clever way of setting Trump up for failure in his meeting with Putin that could possibly poison the relations between the countries ever further without the failure being blamed on Rosenstein. Thus, Rosenstein’s position as Trump’s political assassin would not be threatened. He would still be running Russiagate with a recused Jeff Sessions sitting there useless.

Professor Stephen Cohen is a premier expert on US/Russian elections. His considered view is compatible with mine:

Betrayal and treason by a Jew. How unusual.

This is the type of person Congress and Israel supports in Ukraine many of the appointed leaders are like Andriy Paruby created two Neo Nazi Parties. https://t.co/Ai1eKsAHQa

You can’t do business in the USA without doing business with Jews.
Jews have most of Americas key Government offices, all the banks and all the media.
The USA became the Jewish homeland many years ago, you can’t blame Trump for history. 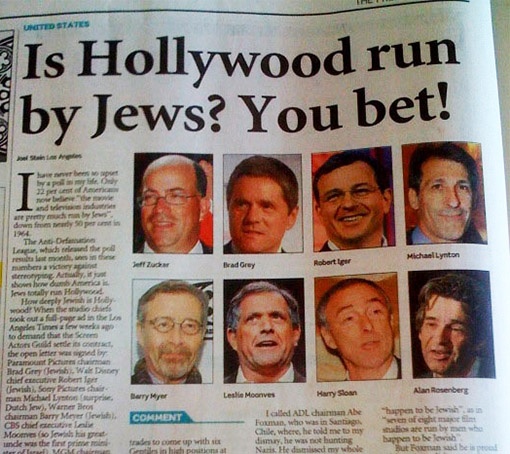 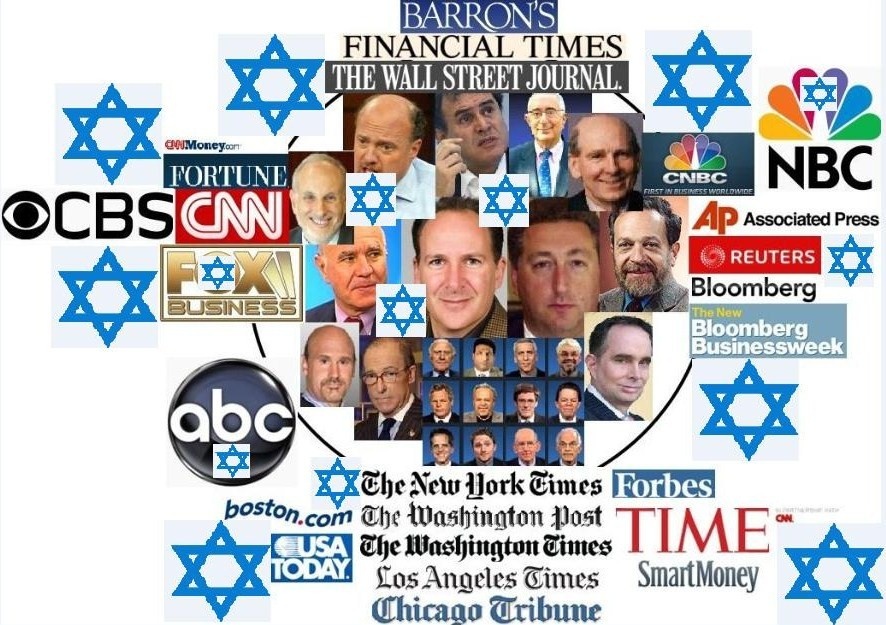 Usually they pay others to commit the act, 30 pieces of silver seems to be the price of betrayal.

I guess AIPAC and the house would have objections about firing a jew (problably Israeli passport holder as well). That is unadultered anti semitism you must know?

Trump is proving to be playing his own game, notwithstanding what ‘experts’ or ‘analysts’ are saying. Undermine him at your own peril.

Remains to be seen. Sofar he has proven to be a buffoon or malicious brute.

He’s playing politics, he’s giving the American people what they want.
He has really annoyed the Jewish lobby, who seem to be willing to do anything to destroy him.

1. Trump refused Rosenstein’s dismissal because the latter is Jewish, like Trump’s son-in-law and Trump’s campaign financier, Sheldon Adelson, who holds Trump by the short & curlies.
2. The Russiagate hoax was thoroughly debunked last year by numerous experts. Any court case would have to be thrown out by the presiding judge, even if he were pro-Russiagate, simply because the defendant’s lawyer would submit incontrovertible proof of a bunk.
3. As an aside, people regularly refer to Eisenhower’s warning 56 years ago. While he may well have pronounced that warning, it was a totally hollow warning in that, while he was in office, Eisenhower, as an ex-soldier himself, did nothing to block the advance of the MIC’s influence on government. So warning American’s when he was leaving office was neglect at best, high treason in reality.

All true and especially like the part about Eisenhower! Well done!

Wow I had no idea Taylor was so #Woke 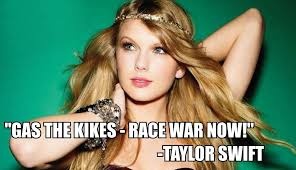 She is just jealous on the Jewish Princess. 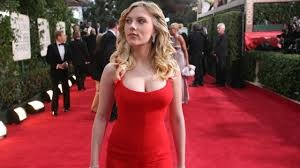 PCR, who I’m sure knows better, is engaged in a blame shifting exercise for the Jews and their non Jew neocon collaborators. The entire US Government, including the MIC, three and four letter agencies, and the democratic party, where 95% of Jew elected federal legislators exist. Because republicans won’t vote for them. Is a Jew controlled operation. The media, finance, government, academia, and most other control organs of American society are Jew controlled or substantially Jew influenced to give them directional control of the US body politic to the detriment of the US, our planet and humanity. Judaism is a criminal organization, evil cult and parasitical disease that should be outlawed world wide to create a Jew free planet.

The Russians, even with the 6th largest population of Jews on the planet, have eliminated 90 to 95% of their former population of Jews through various means. Most of them legal and humane. I hope that the current generation will continue the work that previous generations have accomplished to eliminate their remaining population of Jews, and will work with the rest of humanity, the US and Palestine in particular, where 83% of the planet’s Jews currently exist, on dejudifying their nations and our planet for the betterment of humanity.

Jews are over represented in most control of American society, including government and the media. It’s how the Jew parasitical disease works.

“The 115th US Congress, which convened for the first time on Tuesday, is 5.6 percent Jewish, according to an analysis by the Pew Research Center.

Jews made up 28 legislators in the 114th Congress and have now picked up two more seats. Of the 30 current Jewish lawmakers, 28 are Democrats and two are Republican.”

Hi Res, click on the image for a readable expanded view:
http://covenersleague.com/images/whocontrolsyourmind2015.jpg

Hi Res, click on the image for a readable expanded view: 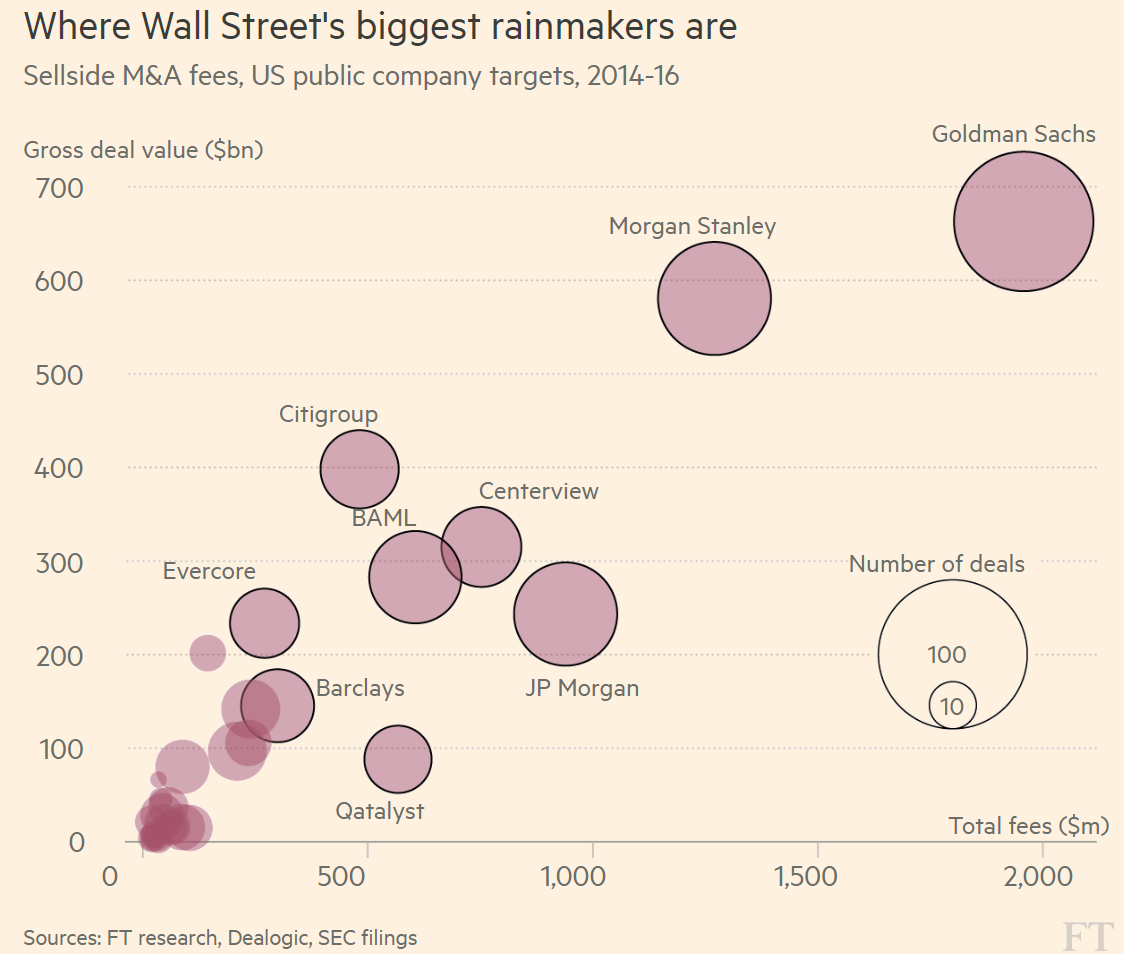 Yep . They love having a foot in both camps!

I have never witnessed such an obvious political bias of the judiciary in a democracy before.
Actually with a politically biased judiciary a country is not a democracy.

You have to ask, what are they hiding, this is about more than just Trump.

This guy Rosenstein, and his accomplices should be tried for treason and executed, to serve as an example to others who wish to subvert the will of the people.

I see this charade as a set up on Putin where Trump is trying to win Putin’s confidence by saying ‘see it isn’t me but I do manage to keep them in check!’; Typical showmanship and tactics used by the mafia to which Trump is an active member through his casino/real estate business. Same tactics were used successfully against Gorbachev, Yeltsin, sofar Putin has shown that he doesn’t resemble them.

The appointment of a Jew is not news for zionist Trump.