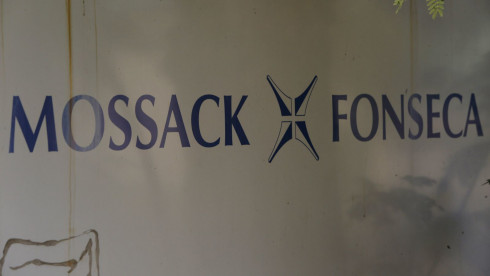 The “Panama Papers” affair has the unmistakable hallmarks of a net-centric hybrid war operation: a disparate group of apparently non-state actors, seemingly operating without central direction, carry out an information attack which just happens to dovetail nicely with US international policy objectives and not resulting in a black eye for any prominent US actors. Given the level of corruption of the US elite and the degree of offshoring engaged by US financial institutions, it seems all too fortuitous that the targeted firm did not do too much business with US clients, due to a variety of US laws which specific prohibit offshoring through Panamanian firms. It’s as if someone in the US decided to use Snowden’s act of civil disobedience and attempt to disguise a US information operation as a similar act by a civic-minded individual.

The Source of the Papers

Really, there are only two. One is a disgruntled former employee who, Snowden-style, amasses a treasure trove of sensitive information and then passes it on to the media. There are a couple of problems with that explanation so far. First, we don’t know what that individual would be. To have that level of access to information covered by client-attorney confidentiality (one of the sacrosanct Western values, at least as far as Western propaganda is concerned) one would have to be a highly placed employee of Mossack-Fonseca, for example a member of its Information Technology department with amazing hacking skills or appropriate security clearance. No individual has so far come forward, the firm in question has not identified any such employees, and if such an individual exists, why not come forward? He/she would be an instant global celebrity, the polar opposite of Edward Snowden whose revealing of US criminal wrongdoing earned him what might be a lifetime in exile, several rounds of condemnation by a variety of “liberal” politicians in the US, and not a few credible death threats. Whoever did this has every incentive to go public, go on speaking tours, write books–in short, become a celebrity.

As long as that individual has not come forward, one has to consider the second possibility, namely of an intelligence operation aimed at hacking the firms records and/or infiltrating its staff with own operative(s). The NSA, for example, has all the capabilities it needs to crack open the secrets of any law firm on the planet in this manner, provided the firm keeps electronic records as Mossack-Fonseca did. Then it is only a small matter of passing the information on to a trusted, pro-US government, fake investigative journalist entity financed by a variety of the usual suspects–foundations run by former or future US government officials engaged in the promotion of US national interests in a way that leaves few official fingerprints. ICIJ is founded by the likes of the Pew Foundation, Packard Foundation, Pulitzer Center for Crisis Reporting, Pew Charitable Trusts, the George Soros-funded Open Society, and several others of the sort. That is a very different venue than one chosen by Snowden, who sought out independent journalists like Glenn Greenwald who are so heavily disliked by the official US and British establishments that they rarely dare to step on US soil any more.

Who is the target?

Remarkably, for all the hype, the target does not appear to be Russia. There is very little information there that is new, surprising, incriminating, or even damaging. The sums of money mentioned are small, and the individuals and organizations in question are already under Western sanctions, so that their offshore operations do not appear to be an effort to evade Russian taxes but rather to evade Western sanctions in order to engage in financial operations that benefit the Russian economy. Therefore it is actually possible that top Russian leaders knew of these transactions and approved them in order to fight back against the unilateral use and abuse of Western financial systems.

Likewise the Chinese revelations are not all that surprising or major, and I doubt there is anybody who still thinks that Poroshenko would never engage in offshoring his billions. The single country which finds itself the most exposed by these revelations is…the United Kingdom.

The majority of the firm’s 300,000 clients are firms registered in British tax havens. Mossack-Fonseca’s intermediaries include 1,900 (!) British firms, in addition to over 2,000 firms which are based in Hong-Kong, most of whom likely have close ties to the UK or are British firms’ subsidiaries. The list of intermediaries includes prominent banks, law firms, and company incorporators, and represent a sizable portion of the British financial services market.

It is probably also not a coincidence that the information leak also targets a third, after UK and Hong-Kong, provider of financial services, namely Switzerland with about 1.200 intermediaries listed. The US, by contrast, though no slouch in the offshoring business, only has 400 firms listed on the Mossack-Fonseca list of intermediaries.

This leak cannot be possibly welcome by the British financial industry or by the British political elites, now that senior government officials (including David Cameron’s closest relatives and associates), members of the Parliament, and business executives have been exposed as engaging in offshoring activities. The Panama Papers have already become the number one news story in the UK and it will probably not go away quietly or quickly.

As with any form of net-centric warfare, one has to pose the question of who the beneficiaries of this action are, and what the target is supposed to do in response.

The beneficiaries are, without doubt, US financial firms. Panama Papers are serving notice that if one wants to engage in offshoring, in order to avoid unwanted publicity or legal scrutiny, one must do so through a major US firm with close ties to the US government, rather than some NSA-hackable British, Hong-Kong, or Swiss firm. One gets the distinctive impression that the US financial sector is trying to do away with its competition so as to centralize offshoring in its hands.

What the British are supposed to do in response is a separate question. The biggest item on the British agenda is Brexit, and since the EU regulations on financial services are one of the biggest sticking points in the UK-EU negotiations, the revelations may make these negotiations so contentious as to strengthen the pro-Brexit lobby which will seek to escape EU’s scrutiny of London’s City. The irony of the situation is that Prime Minister Cameron was not and probably still is not a genuine supporter of the Brexit, but simply wanted to use the prospect to extract concessions from the EU. The UK does benefit from its peculiar political position, characterized by EU membership and its “special relationship” with the US which allows it to play off the two actors against one another–the usual British “bait and bleed” approach to foreign relations.

Brexit, however, would deprive it of that enviable position and leave it in a far weaker position when dealing with the US. Since balkanizing the EU is also a US foreign policy objective aimed at preventing that organization from ever assuming genuine political viability or independence and to make it vulnerable to a US-imposed “free trade” agreement, Brexit would serve that objective admirably.

At first blush, it seems counter-intuitive for the US to be targeting its “special relationship” ally. However, there is no honor among thieves. The two countries’ financial institutions are in an intense rivalry, with London still being the world’s biggest center for financial services. With the US banks suffering losses due to the gradually bursting shale oil fracking bubble, they require a new source of profits which, in a generally stagnant and even shrinking global economy means depriving competition of business. And in this case competition is mainly in the UK. It is a sign of the progressive cannibalization of the First World, initially evident through the austerity policies aimed at the southern members of the EU. But now the US has upped the stakes considerably.

“The irony of the situation is that Prime Minister Cameron was not and probably still is not a genuine supporter of the Brexit, but simply wanted to use the prospect to extract concessions from the EU.”

If I remember well this negotiation tactic only surfaced much later. Cameron in his usual short term tactical approach much fearing a rising UKIP promised a referendum to keep Farrage at bay and win the 2015 elections. http://www.investopedia.com/terms/b/brexit.asp “David Cameron, leader of the Conservative Party and Prime Minister since 2010, announced support for a referendum on Britain’s EU membership in 2013. He said that the country would hold the vote before 2017 if the Conservatives were re-elected in the May 2015 general election. They were, and Cameron pursued a renegotiation of the terms of Britain’s membership, to be followed by a vote on Brexit. “

This sort of says it all:

very interesting article. there is talk however that U.S. portion of PP yet to come. I wonder too if our agencies are as intelligent as those that speculate on their activities….

The release of the documents to the Süddeutsche Zeitung happened more than a year ago – long before the fracking bubble’s end started.