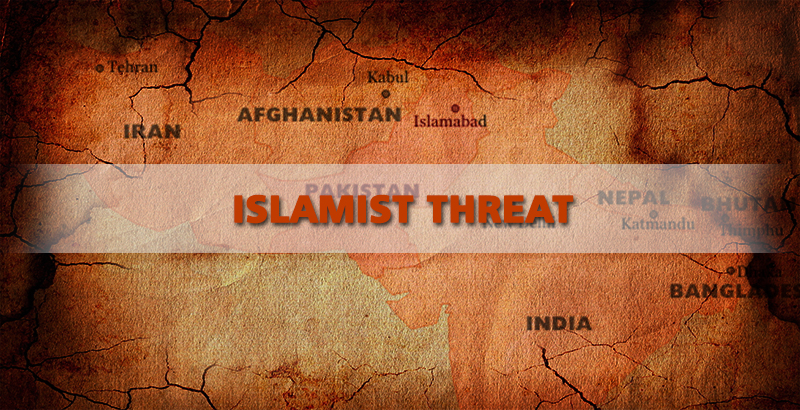 Radical Islam is growing more active in Pakistan as Islamabad is once again experiencing anti-government demonstrations by teachers and students of the Red Mosque movement favoring introducing Sharia law in the whole country. Red Mosque imam Abdul Aziz and his wife Ummi Hassan (who leads the Jamia Hafza female madrassa) led an unauthorized march of students, teachers, and sympathizers in order to mark the establishment of his new Sharia Movement. The participants shouted anti-government, pro-jihad, and pro-sharia slogans. One could once again see brigades of radical female madrassa students in their black burqas on the streets of the capital. Abdul Aziz gave the government a week to make a decision on this matter.

Islamabad heightened security measures, since everyone still remembers the events of 2007 when Red Mosque members likewise tried to establish Sharia in Pakistan and even introduced Sharia courts within the Red Mosque. It led to a multi-day armed standoff and a government assault of the mosque which caused numerous casualties on both sides. Nevertheless the armed assault failed to damage the deep roots of Islamism in the Pakistani society, and the attempts to close Red Mosque failed. Both the male and female components of the Red Mosque, Jamiya Faridiya and Jamiya Hafsa, have recovered and their number of students exceeds 11 thousand. Jamiya Hafsa is the largest educational institution for women in the Islamic world. Pakistani investigator Farhat Tadj, it prepares its students to become “the wives and mothers of jihadis, female suicide bombers and militants who, if needed, will enter into a confrontation with Pakistan’s law enforcement.”

They are strictly isolated from the outside world and their life is totally reglamented: wake-up at 5am, five prayers, studying the foundations of Islam in its most extreme interpretation, as well as a minimum of general education. One can readily encounter youtube clips of female students learn to handle Kalashnikov rifles in order to carry out jihad against nonbelievers.

This is now clearly the main center of Sunni radicalism in Pakistan and a role model to its other jihadi organizations, especially Pakistan’s Taliban, which view it as the anti-government propaganda platform. In one of his interviews, where he commented on the Islamic State’s refusal to adopt a geographical definition in its name (June 29, 2014), Abdul Aziz emphasized that ” we want a khalifate over the whole world, including Pakistan. A khalifate would solve all problems. The Arab mujahedeen started the process of creating the khalifate, which we believe is good news for the Muslim umma. With Allah’s blessing, if khalifate continues to expand, we will eventually see it over the entire world.” He followed this up by an address by Red Mosque female students to the IS to avenge what happened to the Red Mosque and the death of Usama bin Laden in whose memory the mosque’s library has been named.

In spite of the Peshawar tragedy which caused general shock, Abdul Aziz refused to condemn that cruel act of terror on December 16, 2014 at a Peshawar school which cost the lives of over 140 children and teachers. Most of the victims were students between 10 and 18 years of age. Abdul Aziz all but justified their murder, claiming it was retaliation for Pakistani Army’s operations in the tribal areas. The militants’ modus operandi reminded one of the IS militants cruelty to the people on territories they captured.

Pakistan responded by adopting the National Counter-Terrorism plan whose 20 points include: end of the death penalty moratorium, military tribunals, ban on unlawful military formations, ban on spreading extremist propaganda, closer supervision of the madrassas. Pakistan made earlier attempts to regulate theological schools. They failed due to the absence of a consistent and firm implementation policy and the religious conservatives’ opposition to educational reforms. Abdul Aziz seems certain that government’s attempts to control religious schools are doomed to fail since ideological struggle is still continuing. He believes that “Western propaganda against madrassas only inspires people to create more such schools. There is no end to it.”

At a meeting between Russian scientists with the Pakistani military expert, journalist, and civic activist Aeysha Siddig at the Eastern Studies Institute of the Russian Academy of Sciences on September 30, 2015, she expressed regret at the radicalization of Pakistani society. She believes it’s due to the religious organizations desire to seize the levers of state power by expanding their social base and popular support through universal religious education of Pakistani citizens. Red Mosque-related events only confirm that trend.

Considering the current state of Pakistan’s internal affairs, one can confidently predict the merger of internal and external Islamist movements in order to implement “road map” of Islamist entrenchment not only in Pakistan but in the whole region. One must allow the possibility that the Red Mosque and its Islamist backers who are united by the idea of a global khalifate will give their green light to the IS.