On March 5, the Pakistani miltiary claimed that its navy had prevented an Indian submarine from sneaking into its waters. The Paksitani version of the events argued that the submarine had been detected and forced to retreat.

“The Pakistan Navy used its specialised skills to ward off the submarine, successfully keeping it from entering Pakistani waters”, a statement from a Pakistan Navy spokesperson said.

“The Indian submarine was not targeted keeping in view Pakistan’s policy of peace”, the statement said adding that India must learn from this incident and “move towards peace”.

According to the Pakistani military, this was a second interception of the Indian submarine since 2016.

The Right to Clean Air in Jakarta

The Indian PM is desperate to start a war to get re-elected. There is talk of him having “staged” the attack that martyred 44 para-military forces on 14 Feb, as an excuse. All systems seem to be in place for launching an all out offensive against Pakistan for no apparent reason. Other than that Pakistan is a nuclear nation that poses a threat to Israel. He is known for having ‘bumped off’ dozens to stay in power. Sometimes i wonder what crazy times we are living in! 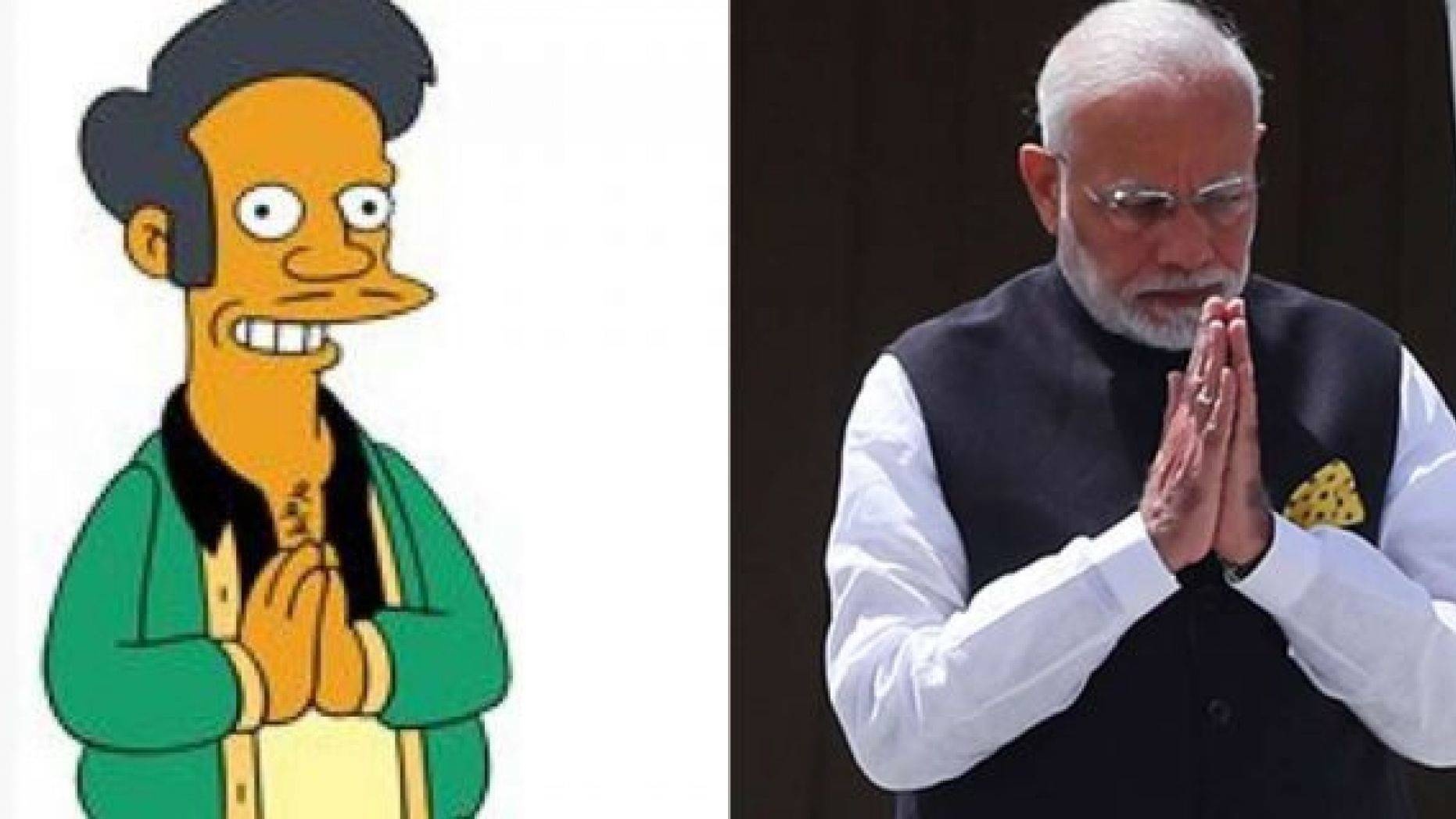 It is notheworthy that the so called terror attack on Indian forces came hot on the heels of the attack on Iranian forces.

Could it be that the attack on the Iranian forces was carried out to ensure that when the when the attack on the Indian forces took place, Pakistanis would not be able to drift towards closer ties with Iranians as would be the natural outcome, especially when the Paksitanis found out that India had been helped by the usual trouble makers.

Someone wants to bring down both Pakistan & Iran (and we all which scum that is) without both those nations forming a pact.

Spot on Sir. Increasing trouble between the two nuclear neighbours is a long ongoing project of the “ones that cannot be spoken of”. And in the present Indian PM they have found the ideal Joe Sucker. He demonetised 86% of the currency overnight, on their orders, without bothering of the havoc it created. And now he’s all out for war… Seems March is the season to commence. So far Pakistan has effectively check mated Indian attempts. Hope it remains so.

The Pakistan PM, Imran Khan on the other hand has behaved with immense maturity and calm. He pardoned and released the pilot who was captured. And now has asked the submarine detected enroute, to return without harming it. He is ready to talk, has tried to contact the Indian PM, but of course the Indian PM is wrapped in himself, he can’t be bothered. One is an Oxford educated, World class cricketer and sportsman, while the other is…well, the less said the better.

I understand that the stupid Zionist shill Modi is an illiterate tea stall thug :) I kid you not. The Jew scum got this moron into this mess and now even the pathetic Indian media is asking questions about the “surgical” eco-terror strike on Pakistani trees. Not a very good look for India, first its geriatric airforce gets whacked in the era of smart phones and live posts and now the tree huggers and greenies are mad at India. The poor fuckers can do anything right.

I thought South front knew something.if a Indian sub wanted to infiltrate Pak why would a scropene class sub surface 200 km ffrom Pak shore.
Also at 200 km it is in international waters so Pak has no right to do anything if they did it would be war.
Only Pakistan trying to put pressure on India by international community.

Even if it were intl. waters, the timing, the act, location and equipment chosen are all out of place. What is needed is deescalation. Not an additional dose of saber rattling. Wtf is Modi doing?

His Jew masters have got the little dothead into a mess and India looks like a global laughing stock. Modi is even funnier than Apu on Simpsons.

Modi is doing election campaign.
That’s why is playing with the fire needed.
Posturing for cheap electoral vote involving plenty of risque.
Actually India has much more to lose if war accidentally starts.
India was on the course of becoming biggest World Power taking the lead from the China eventually… With excellent growth in the times of the world crisis. They still have bright future (if they stay away from any war).
But if they start the war with the Pakistan ( who has nothing to lose), that will be very poor choice for India.
Only US will benefit from such war and instability in the region. Nobody else. 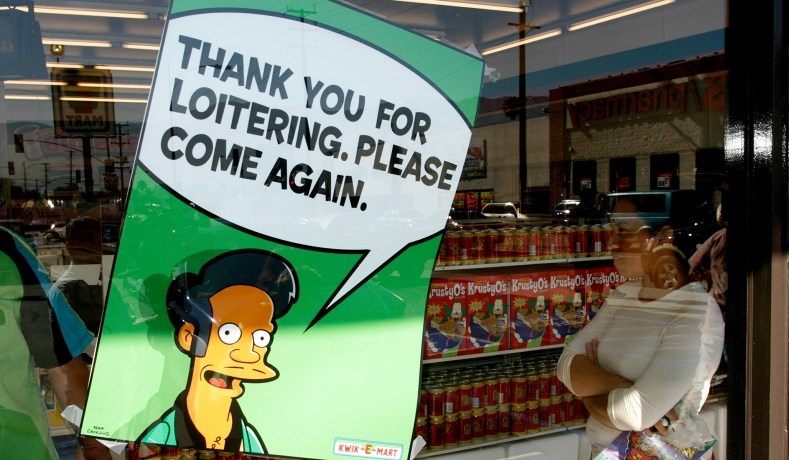 First up.. subs are meant to be kept hidden and unseen at all times. If you surface right under you opponents helicopter then something has gone seriously wrong.. you know like maybe you were forced to surface against your wishes.

Anyway, re.. “Only Pakistan trying to put pressure on India by international community.”

Well, warding off a sub 200km from Pakistan’s shores (as you allege) is a pretty shit way of achieving ‘international pressure on India’.

There is an reason for not jumping on anything, because, and I underline, this isnt about Pakistan nor India, this is about how far can this two countrys be alowed to operate on their own, I question that, more than question is events are de facto real, despite whom it comes from, incl Russia, I simply have an rule of thumbs, never ever trust anything, until its been verifyed, either by other sources etc or not.

Again, weapon systems are never better than what idiot operates this system, and what else is in it regarding the chain of comand, that, is an fact, I dont even doubt that an Mig 21 could do that, they are highly manuverable and packs the same load out as new ones have, and so on, I dont even see it as an “mircale” at all, and beside, it was the missiles that did the job anyway, not the plane, and airplains as we know them to be used in wars, are just movable platforms, the eye to eye is an thing of the past, it will be more and more mechanical, aka robots against robots, etc.
Again, I am not hammering India in particulare, but thiss time its due, because of what do we have, an UssA bitch, and then the west, never forget the Brits in this along with the scum of this earth, ISISrael.
I hope the Indian people realises this, because when finaly Pakistan, is I hope, starting to wiggle them self out of the shakles of the imperial banana republic UssA.
And this groups have been usefull tools, among many others like the western created ISIS/Al-CIAde, etc to the group the Norwegian eh…… rightwinged Gov is protecting in Norway, yeah, the same partys that have people whining about Islam, when I ask why your Part is suporting ISIS happy moderate head choppers the sound of fuses popping is like fire crackers going of, poff, poff, poff, and they go blank, rotten f….. souls.
I hope we see this, new frontier is something that can unify both the Pakistanian and the Indian people, and make Kashmir to an paradise, and everybody would benefit from it.
Send/kick/throw the wankee scums out, and you will have peace.
Blessed be the peacemakers.

Pakistan needs to stop playing nice and should have sunk the Indian vindaloo sub with depth charges. Would have given new meaning to spiced hot curry sardine can :)

There sure appears to be Zionist hands all over this confrontation. I don’t know what is going on as yet, but the usual suspects are definitely involved. Pakistan is having issues due to Trump putting the screws to them, then, strangely, KSA comes to their rescue with money…with MbS visiting just as this all happens. All while Nutsack is colluding with Modi, Modi even bragging about Israeli weapons. India buys @ half of Israeli weapon sales, while Pakistan has US planes and now their access to parts is probably in question. Pakistan is being backed into a corner, it seems. Surely Khan saying that Pakistan will no longer be the US’ bitch has nothing to do with any of this. That these are both members of the nuke club, is another issue…or is it THE issue? Is the US going to have to take possession of Pakistans nukes to preserve peace? Or will they be forced to sell a couple to KSA, to keep KSA money coming? Somethings up, but only the crazies in the swamp and Tel Aviv know what. Whatever it is, it won’t be good for Pakistan or the world.