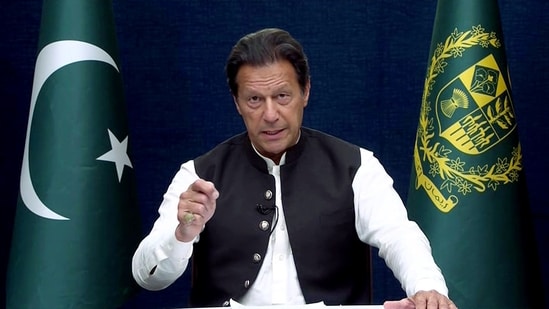 On November 3, Pakistan’s former Prime Minister, Imran Khan, was shot and wounded in the leg in an attack while leading a protest march in the eastern Pakistani city of Wazirabad.

Khan was taken to a hospital in Lahore. Provincial health minister Yasmeen Rashid, a member in the former PM’s Tehreek-e-Insaf (PTI) party, said that Khan was in a stable condition.

Mohammad Atif Khan, a close aide of the former PM and a senior leader in the PTI, told NBC that another leader of the party, Faisal Khan, was also wounded in the attack. He said that Khan was shot by two armed men, who were immediately taken into custody by police. According to him, one of the assailants was beaten by a mob and died.

Several supporters of the former PM who were taking part in the protest march were also reportedly wounded as a result of the attack.

In a tweet posted shortly after the attack, the PTI party called the shooting an “assassination attempt” without making any accusations.

Current PM and the main opponent of Khan, Shehbaz Sharif, condemned the shooting attack and ordered an immediate investigation.

Khan, 70, was leading the protest march on the capital Islamabad to mass support for toppling Sharif government and forcing early elections. The former cricket star, who became Pakistan’s prime minister in 2018, was ousted from power in April after a no-confidence vote by opposition lawmakers alleging corruption and unconstitutional actions. Since then his popularity has been on the rise.

In October, Pakistan’s election commission passed a ruling barring Khan from holding office again. This was met with a backlash from Khan and his supporters.

Khan is very critical of the United States and the Pakistani military, which has been responsible for several leadership coups in the past. The Prime Minister and his supporters believe that his ousting was a conspiracy planned by Sharif government and the U.S.

The suspected assassination attempt will likely mass more support for Khan and his demands. The opponents of the PM may end up being blamed for the attempt.

The West wants Pakistan to be a good little colony ,boot polishers of Anglos , nothing more .. thus Khan is their enemy

Are you sure? Remember when the Ukrainian presidential candidate and Western puppet Yushchenko ell mysteriously ill? There was the CIA behind the farce and the events are similar

Well, israhell and their colony us, USA don’t like him a bit. He must be very alert from our evil American terrorism.

Well the israhell and their colony us, USA don’t like him a bit. He must be very alert from our evil American terrorism.

Why they had killed Abe? According to some Japanese he was the most obedient puppet to the empire imaginable.

To much own ideas to much sovereigity is bad for anyone in this world owned by the US.

Well, israhell and their colony us, USA don’t like him a bit. He must be very alert from our evil American terrorism.

Well the isralites and their colony us USA don’t like him a bit. He must be very alert from our evil American terrorism.

i dont support Imran Khan but he is far better than Erdogan.

Clear as the crystal. USA/UK/Mossad job.

So this is what the Americans do….Why Pakistan tolerates this is BEYOND comprehension.

Time to start killing high-profile Americans in exchange to settle the score. Pelosi and all Clinton DP clan are first to go.

CIA going for another Shinzo Abe retirement party…this time in Pakistan. Hillary Clinton prolly paid for that from her own purse…