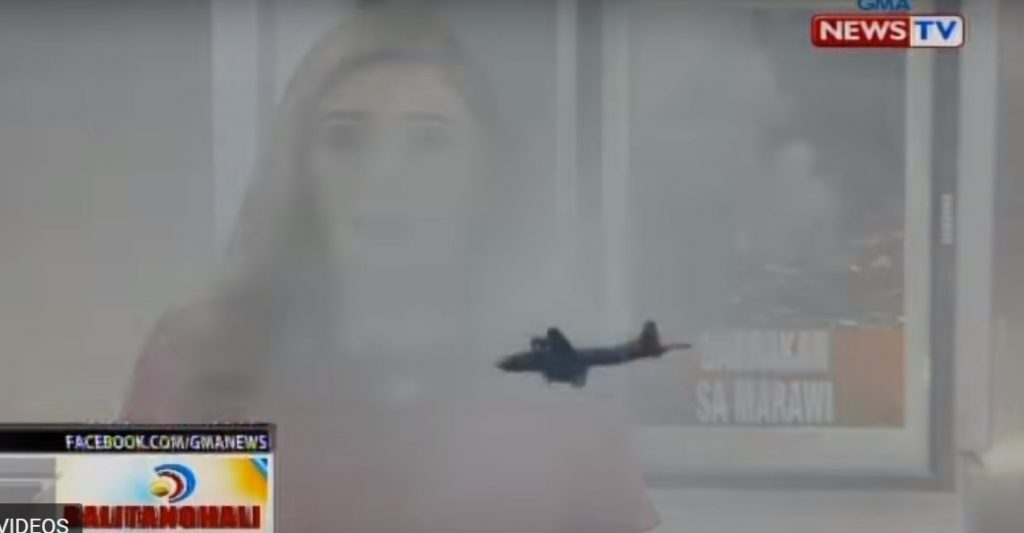 A P-3 Orion surveillance aircraft was spotted over Marawi, according to a video available online. The aircraft appeared to be providing support for the Philippine Army’s operation against ISIS in the city.

It wasn’t determined whether the aircraft belonged to the Australian Air Force or the US Navy. The two countries announced their intent to deploy surveillance aircrafts to the Philippines to assist the Philippine Army. The US Navy P-3 Orion had already flown over Marawi City last month.

On Saturday, the Philippine Parliament approved the extension of the Martial Law in Marawi until the end of 2017.

Philippine President Rodrigo Duterte announced that he had demanded the Army to avoid any more civil casualties.

“I told them do not attack. What’s important is we do not want to kill people,” he said on Friday: “If we have to wait there for one year, let us wait for one year.” 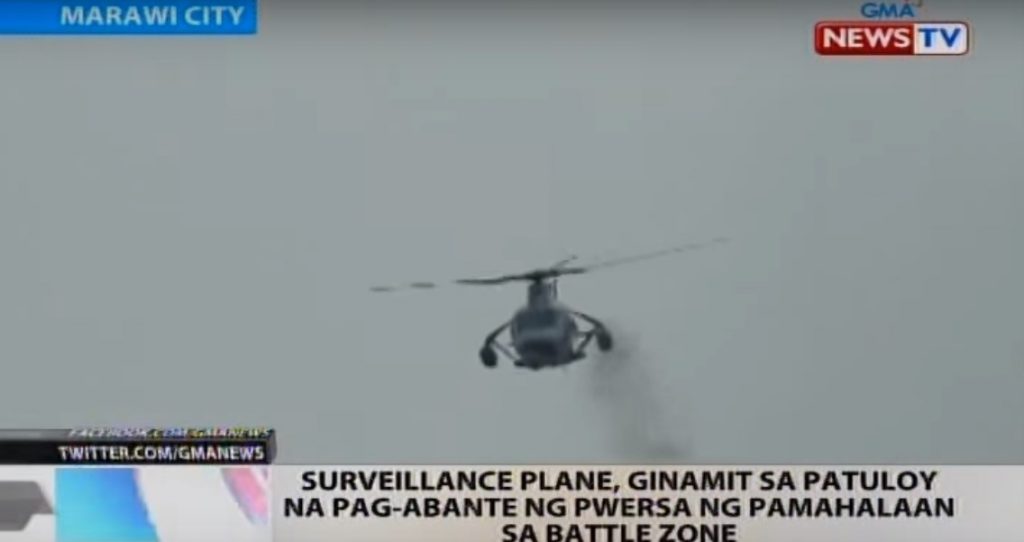 On Sunday, ISIS claimed that its snipers managed to kill 3 soldiers of the Philippine Army in the Leylod Madia district and 3 others in the Baling district of Marawi City.

ISIS fighters also managed to destroy an armored vehicle of the Philippine Army with a rocket-propelled grenade.

The Marawi battle enters the third month and some experts hope that the Philippine Army will be able to defeat ISIS in Marawi city during it, especially as the external support of the Philippine Army has increased significantly by Australia, Singapore and the United States of America.

Probably one of ours, hard to tell as they are very low vis grey, most likely using optics having a look at something and sniffing the air for Sigint.

Would not trust the US “help”..they are likely reporting the AFP positions to the terrorists…

Duterte should never trust the US. Cold Arm of ‘Jihad’ Sponsored by the West is Reaching Rebellious Philippines https://journal-neo.org/2017/07/22/cold-arm-of-jihad-sponsored-by-the-west-is-reaching-rebellios-philippines/ https://journal-neo.org/2017/07/22/cold-arm-of-jihad-sponsored-by-the-west-is-reaching-rebellios-philippines/