The Syrian Arab Army (SAA) re-established control over the district of Yalda in southern Damascus after militants had withdrawn from the area under a deal between the Syrian government and non-ISIS militants [members of Jaish al-Islam, Hayat Tahrir al-Sham and other groups].

According to pro-government sources, the SAA will use the Yalda district to open a new front against ISIS in the district of at-Taqaddom were fierce clashes are now ongoing.

Government forces also advanced on ISIS positions in the northern part of the al-Hajar al-Aswad district. The situation in the Yarmouk refugee camp is also tense but SAA units have not made any notable gains there since the last weekend.

Sources close to the SAA also report that there will be no deal with the local ISIS members after the terrorist group had repeatedly rejected suggestions of the withdrawal [without heavy weapons] to the eastern Homs desert. If these reports are confirmed, ISIS militants will have no chances but to fight until the death there.

Sorry, I want Nikki Haley to see him.

These Israeli bastards will do suicide but will never ever surrender.

no deals no buses Kill ‘Em All

Soon, my ISIS pretties, then you will get your shot at those 72 virgins. Brought to you by either the SAA or the Russians. I hope that it will be everything you’d hoped for and…..

Who am I kidding, just roast in hell!

Exterminate those beasts once and for all

When Palestine, Syria, Iraq, Yemen, Afghanistan and Libya liberated from foreign interventionists then there will be no fight. The holy lands of Arab should also be liberated from Saudi terrorists.

Maybe someone know what is the name of mosque on the last video ( SAA vehicle is passing in front of mosque)..video time is from 00:56 -01:10 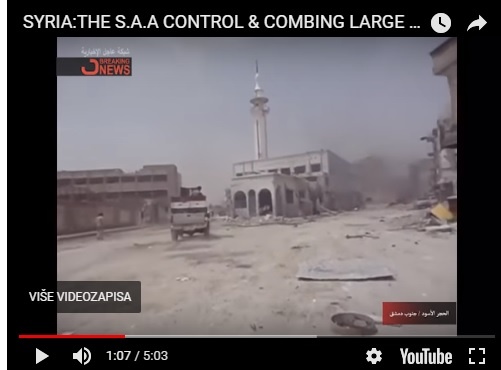 Maybe someone know what is the name of mosque on the last video ( SAA vehicle is passing in front of mosque)..video time is from 00:56 -01:10

Don’t have a name, but here’s screenshot of the map. It’s in Al Aalaf area, 500m directly west of the cemetery. The footage is where it says “Photos SNO” on the map. 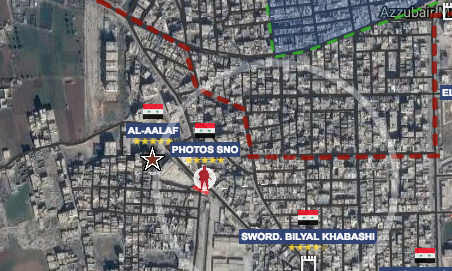