The advance of the Saudi-UAE-led coalition is slowly turning in another failure. Coalition-led forces have not been able to develop their initial success in the battle of al-Hudaydah. Clashes around the city are still ongoing. However, no progress has been made by coalition-led forces over the past few days.

The coalition continued its attacks on Ansar Allah positions northeast of Malahit and in the Kitaf area in northern Yemen. Ansar Allah has carried out several attacks on position of coalition-led forces near the area of Damt.

Summing up the recent developments, the conflict in Yemen is once again moving towards a stalemate. The Saudi-UAE coalition is not able to capture al-Hudaydah or Sanaa as well as deliver a devastating blow to Ansar Allah. In turn, the Yemeni resistance is not able to force Saudi Arabia and its allies to admit their defeat in the conflict.

According to a spokesperson for the Yemeni Armed Forces (allied with Ansar Allah), Ansar Allah and its allies have killed 876 fighters of Saudi-led coaltion and wounded 2,150 others as well as destroyed 311 vehicles since the start of November.

then kill them all, dont waste time talking.

Develop their success? Well, first off, the development is that they had a success. Now, they need to consolidate, they don’t retreat. After that, they will see. This reporting is strange. Of what developped was and is a success… what, just because they don’t conquer everything at once they’re not developping? That’s like saying: Well, they won the match but they couldn’t develop their success because they haven’t won the match next week yet… it doesn’t make any sense. Still, international pressure will finally put an end to the war.

I would have said that the first video (where you see about 20 men die in an instant) was of an air strike, but it’s the Ansar Allah/Houthi side that doesn’t have any planes (as far as I know) doing the killing there. I’ve never heard of Ansar Allah before this, then discovered it is what the Houthis call themselves. I assume it was Saudi coalition troops we watched die there. What weapon would that have been there? If it’s artillery, what size? 155 or so? I’m surprised they can use artillery since they don’t control the skies over their battlefields.

I could be wrong but I thought it was a drone/missile the Iranians gave them.

Thanks for the reply. That makes sense. Almost none of the other explosions seen in the videos are of a similar size. One of seems to me to be made up of multiple warheads. I’d be interested in knowing if the Western aid to the Saudi coalition includes jamming equipment. From what I’ve seen it appears not. I have to say though that i know almost nothing about electronic warfare against these kinds of drones. Maybe we are seeing only the 10 percent or so that are successful because there’s no jamming. You just don’t know. But it is interesting to see the capabilities of the weapons Ansar Allah has at its disposal, presumably courtesy of Iran. If they had been around in the Iraq war there might have been many more Western casualties. I wonder if they are going to show up in the hands of Hamas and other groups in the Gaza strip,,,.

Iran was not allied nor would it ever ally to Sadam, due to what he did to their people. But it definitely aided the resistance in giving the US a good hiding during it’s occupation of Iraq.

Im confused about that explosion to, i was looking for an IED of some sort.
I cant see anything comming in, perhaps the camera or i am to slow to see it.
It looks like the explosion happens on the lower left corner of that truck sending fragment into the round container igniting it and the stuff inside it.

…The earliest such deal took place in the spring of 2016 when “thousands of al-Qaeda fighters … pull out[ed] of Mukalla,” a port city. From AP:

The militants were guaranteed a safe route out and allowed to keep weapons and cash looted from the city—up to $100 million by some estimates—according to five sources, including military, security, and government officials. […]

Coalition-backed forces moved in two days later, announcing that hundreds of militants were killed and hailing the capture as “part of joint international efforts to defeat the terrorist organizations in Yemen.”

2. Coffins of the 17 USS Cole sailors killed by al-Qaeda in Aden, Yemen being returned to the U.S. 18 years ago. Hope you treasonous CENTCOM fucks had a great Veteran’s Day with your Saudi, UAE and al-Qaeda pals in the Yemen Ops room. FFS, AP is busting your balls now?? You’re losing it – you need waaaayyy more MISO than you got now. How about that Israeli outfit? They’re social media campaign experts! 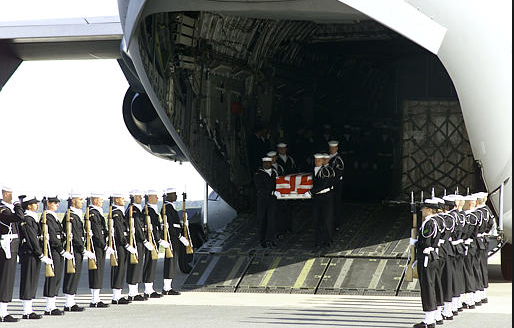 cia made deal with “ISIS” (ex-Sadam Ba’athist military leadership and jihadi’s recruited from Libya, all over, etc.) back in 2003 in Iraq.

Can you visualize them making the plan?
A bunch of Princes sucking on hookers, whilst hookers suck on them, the occasional date to get the hash taste out of the mouth.

Al Jazeera’s Yemeni territories map from mid-September (note al Qaeda area). Not offered as somehow ‘better’ than the SouthFront map by any means. It’s just interesting to see the difference. Al Jazeera, based in Qatar, would emphasize any territorial map that made the Saudis or UAE look bad. 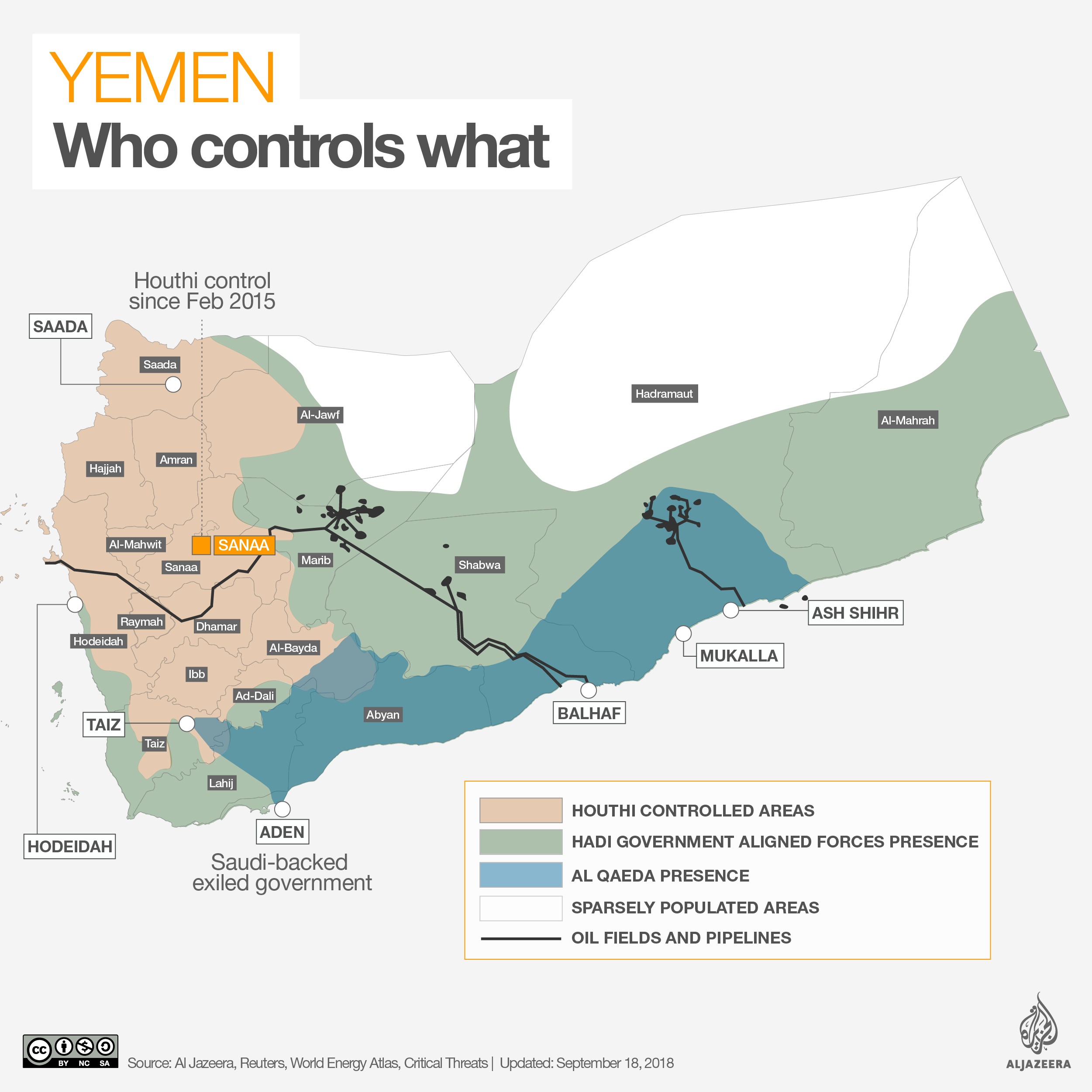 Al-Jazeera was created by the CIA to plant fake news in the Arab world. It does Zionist bidding and has zero credibility.

I have seen a documentary from Al-Jazeera, The War in October, about the ´73 October war, and they praise the Arabs and the huge accomplishment they did crossing the canal and how Israel was ignorant and to proud to accept that the Arabs was able to wage war already, and the initial complete lack of a proper defence and equipment on the Israeli side.

So perhaps Al-Jazeera in broad terms and generaly is a CIA/Israel gov propaganda machine, i do not know that, but it, in that doumentary atleast, gives credit wheres credit is due.

Read the British scholars book Shadow Wars for the Middle East. Al-Jazeera was a key tool of the western intelligence services to destabilize the region and create a pro Zionist propaganda arm in the Arab world. Most of its staff are Brits, Americans and Indians.

The Saudi idiots mercenary “offensive” has petered out. The Ansarollah should cut off the supply lines by choking off the thin coastal strip.