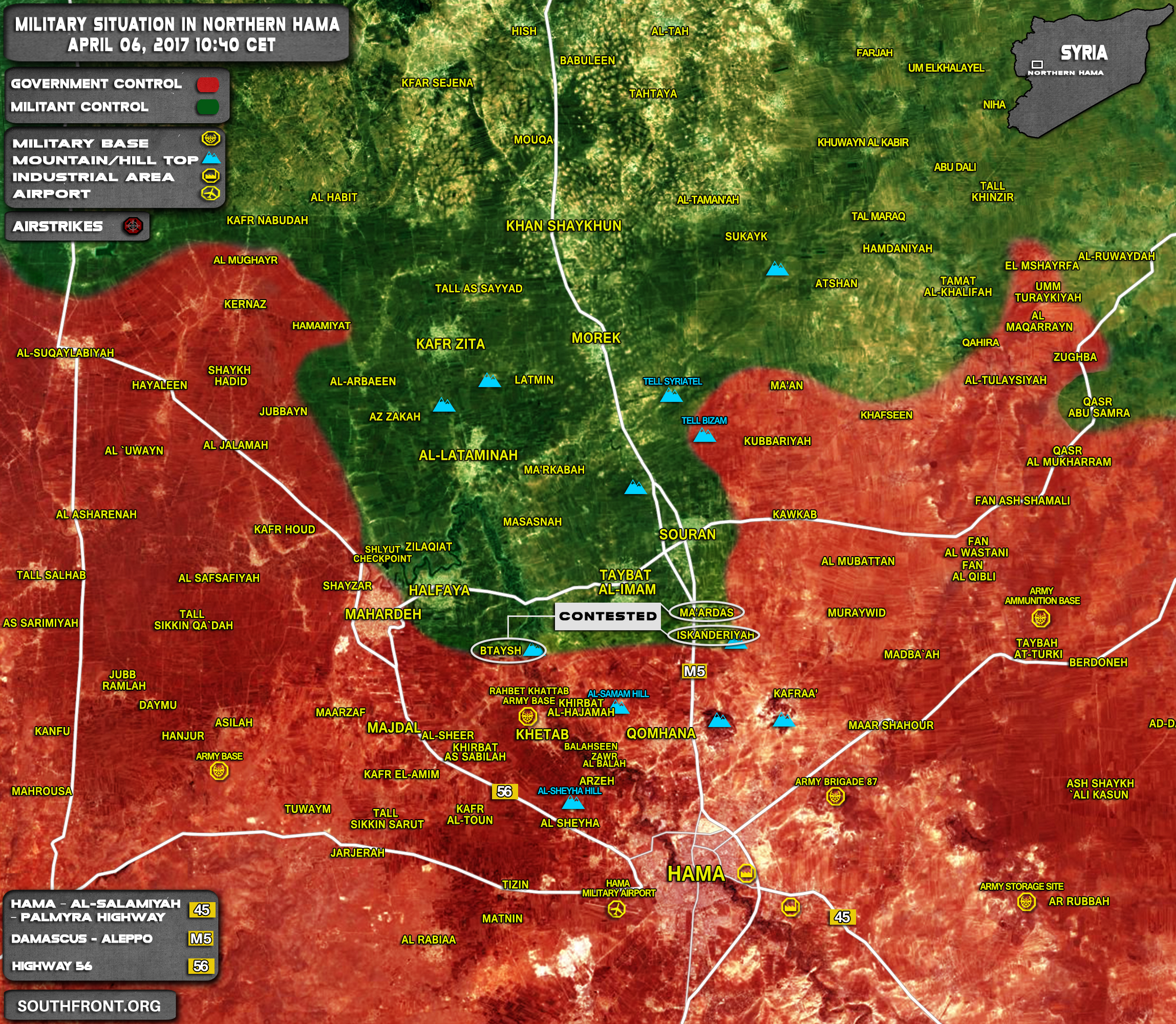 Heavy clashes are ongoing between government forces and Hayat Tahrir al-Sham (formerly Jabhat al-Nusra, the Syrian branch of al-Qaeda) in the northern countryside of Hama.

By April 6, Hayat Tahrir al-Sham (HTS) and its allied groups had repelled a Syrian Arab Army (SAA) attack on Maardas and announced that they had also captured  the nearby village of Iskanderiyah. However, HTS-led forces failed to develop the momentum in the area. De-facto, Iskanderiyah and Maardas remained contensted between pro-government troops and militants. An intense fighting is ongoing in the area under constant artillery and air strikes.

Meanwhile, the government advance on Halfaya east of Mahardeh resulted in no gains.

The only thing that HTS and co. have over the SAA and allies is its propaganda and heavy weapons, but nothing else.

and the city where the supposed sarin attack occurred, khan shaykun, is so far inside rebel territory, why would SAA bomb it, even if they had such gas? its not like they were having trouble taking the town or something. pure false flag and nothing else