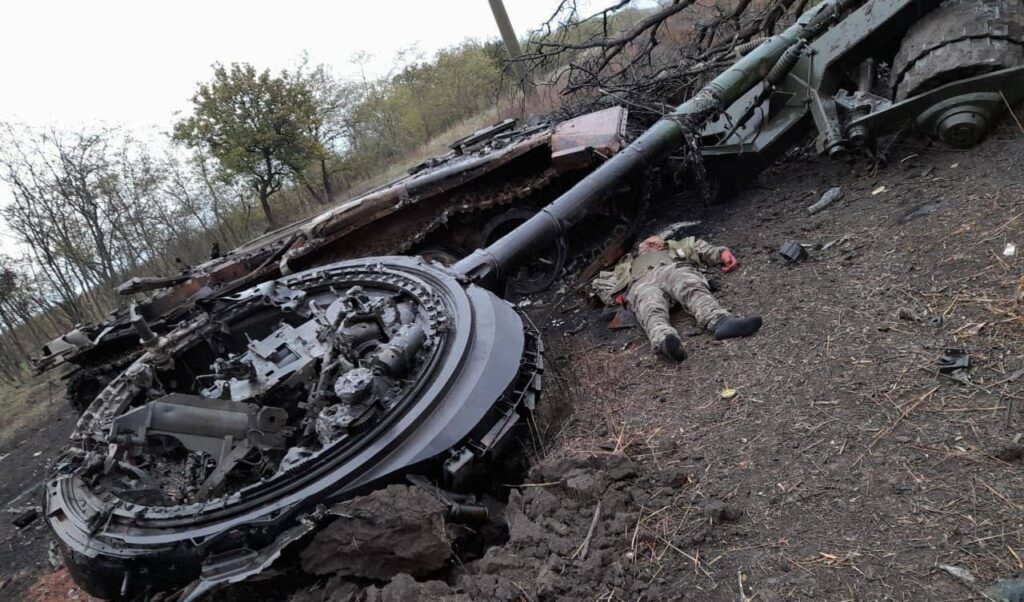 On 19 and 20 November 2022, during defensive battles in the Kherson direction, Russian units inflicted a heavy defeat on the AFU.

A large amount of military equipment was destroyed and, according to various sources, from 130 to 220 AFU servicemen. Russian units seized numerous trophies.

The Russian Defense Ministry reports that AFU units attempted to break the defense of Russian forces in the direction of Novaya Kamenka – Chervony Yar in the Kherson Region, engaging up to three battalions, including one tank battalion, in a narrow segment of the front. The enemy managed to cut into the defenses of Russian units near the village of Sukhanovo in Kherson Region. The Russian command’s engagement of tank reserves and ambushes led to a significant defeat for the enemy, as a result of which the Ukrainian units fled in disarray. The position along the front line of the defense has been fully restored. 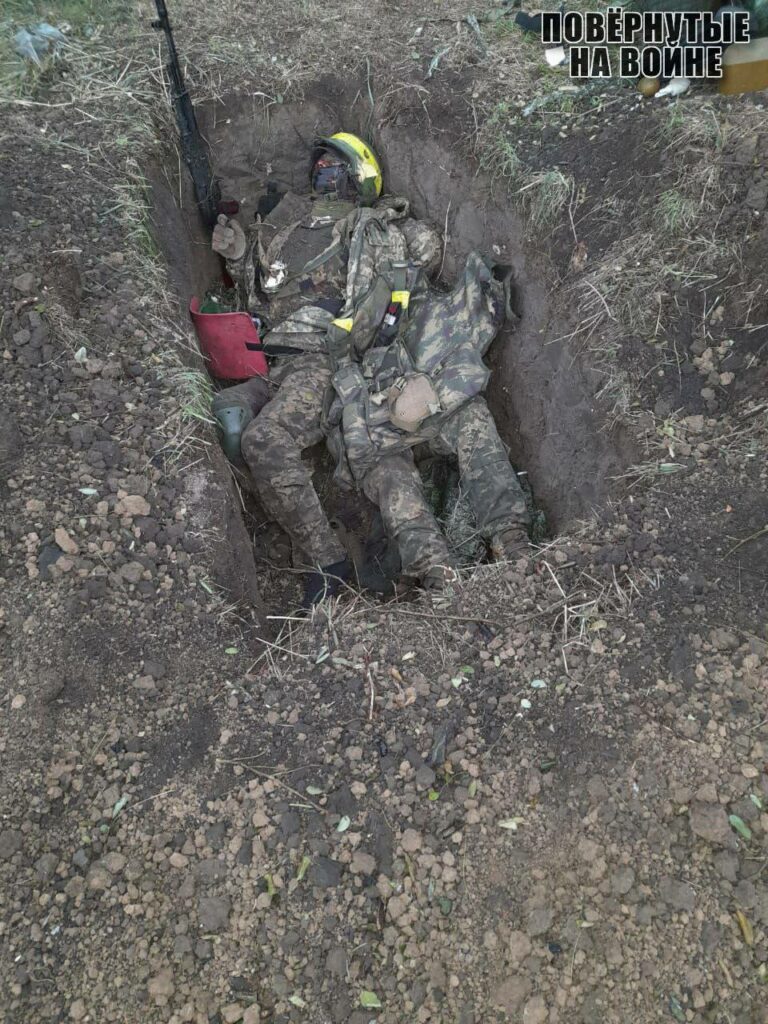 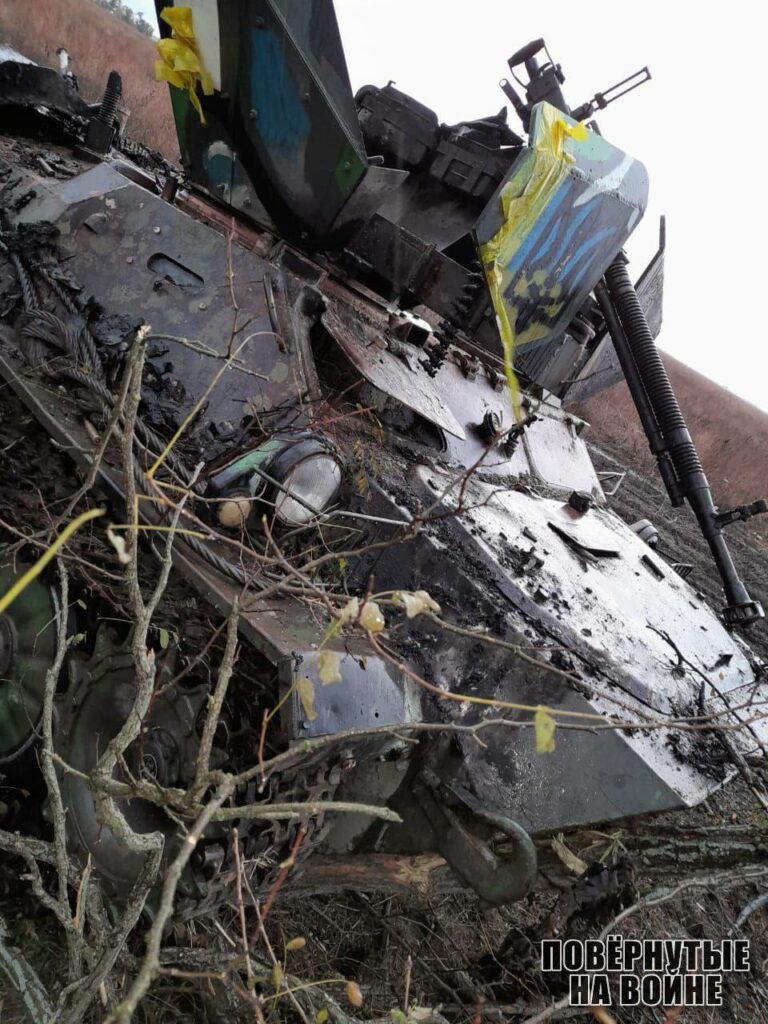 The video below shows captured Ukrainian servicemen. A Russian unit captured seven more servicemen in the Beryslav direction, Kherson region. Among them were two officers, one company commander of the 28th Brigade Combat Team, the other commander of a tank company of the 4th Brigade. 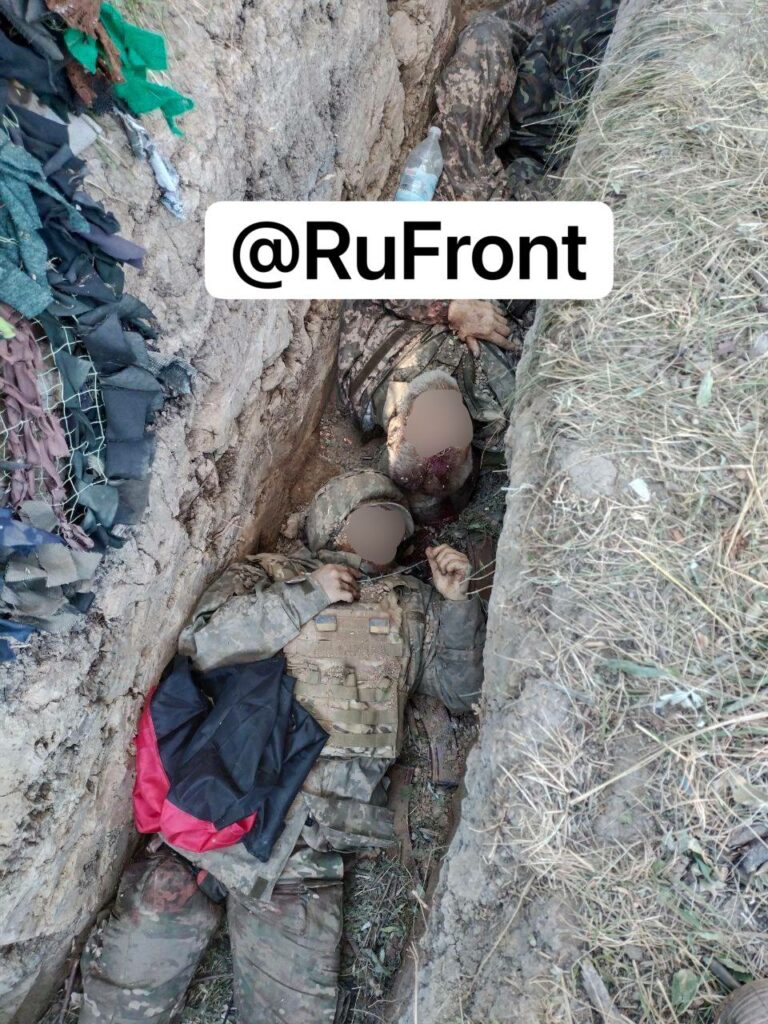 Despite heavy losses, the AFU command does not abandon its attempts to break through to Novaya Kakhovka and flank the entire Russian grouping near Kherson. That is why Ukrainian formations are rushing towards Berislav, where the Russians continue to fight heavy, but so far successful, defensive battles.

Kiev has pulled large forces to this section of the front – the 128th Mountain Brigade, 17th Tank Brigade, 60th Infantry Brigade and 28th Mechanized Brigade, as well as mobile groups of the 140th Regiment of the Ukrainian SSF. They have tens of thousands of soldiers and hundreds of armored vehicles from NATO countries at their disposal.

The fighting in the Kherson region has every chance of becoming the bloodiest since the start of the Russian military operation in Ukraine.

Zelencocainsky promised major victory to his masters for U.S. Midterm elections. Not much time left, more ukro-meat is needed……

A silver lining in every dark cloud.
Reply to  Butcher of Kiev

Never trust them folks. I mean, George Soros himself has said, “if we keep throwing Ukrainian meat to the Russian wolves, we can eventually get it up to holocaust numbers and all the fence sitters riled up for war.. After all, exploiting holocausts is in my blood.”

JHK
Reply to  Butcher of Kiev

Like a voice in the midst of the four living creatures say: “A QUART OF WHEAT FOR A de·narʹi·us and three quarts of barley for a de·narʹi·us; and do not harm the olive oil and the wine”- Revelation 6:6. Note, food would become very expensive, 2 pounds of wheat for a denarius which was a days wage in bible times. Don’t even think about buying olive oil it says.

We are in the end of times for this old wicked system. We need to stay awake because he will come as a thief in the night, Jesus said. Read the bible , pray for God’s kingdom to come, seek out those that have faith.

Only God’s kingdom can bring an equitable human society with plenty of food and plenty of good things for all. Pray for God’s kingdom to come and God’s will to be done on earth as it is in heaven.

How can the West not stop this mindless War. It really does convince you that those at the top have no feeling or care for those at the bottom. They don’t care about Ukrainians or Europeans and are happy to watch their deaths or ruin.

what
Reply to  Northern Observer

by stop the war you mean just give up fighting? thats not how war works, you have to force your enemy to capitulate, you cant just start a war then say to your enemy “this war is madness now stop fighting and let me do what i want”

Meanwhile, in the rest of Ukraine….

From the BBC “In preparation for the blackouts, Ukrenergo has appealed to Ukrainians to stock up with water and ensure they have “warm socks and blankets and hugs for family and friends”.”

Oh my goodness. That is SOOOO sweet. Socks and mittens and BIG, BIG hugs for the family and friends.

Now, let’s go kill some more nasty orc civilians trying to exercise their right to self-determination with our HIMARS!

I have an old stock of typhus-infected blankets I can donate.

How many dead Jews are in those ditches? This was all engineered by them for their benefit.

Zelensky is talking about the final victory, but they cannot even heat their homes at the winter. Time to surrender to Russia. Save lives. War is not a joke. It’s not a videogame or a movie. There won’t be any miracles, no cavalry will come. You cannot win against the Russian Army.

The truth is out there

I feel sorry for Ukraine soldiers when are they going to realise enough is enough lay down their arms and surrender.

I guess there should be some happy wild fauna, all that good meat should not be wasted.

Too bad Russians do not take their clothes to donate to poor Romanian and Polish folks, the pauper slaves of the West would love such gear.

The Ukrainian army can be defeated in Kherson. Russia needs to inflict a defeat large enough that their entire army just crumbles in the aftermath.

war is always a sadest thing at all. but the sadest thing here is, that the ziokhasarian, globalist and transatlantic mafia again was able to push two brother nations in war agains each other. hope it will all end asap.

you got it right. I pray to God that after Russia wins this that they together with all the Muslim nations go and destroy Israhell and liberate the Palestinians.

Look at all that decomposing cannon fodder, Zelenskyy’s obsession for NATO membership is proving very costly. It boggles my mind why so many people decide to become Zionist slaves.

Who in their right mind would volunteer to defend such a corrupt lackey regime? And if forced into battle, why not just turnaround, shoot the neo-Nazi enforcers and surrender?

the only way forward.

Russian Federation should step up all endeavours to facilitate AFU conscripts to defect with minimal risk of being exterminated by the Rght/Aidar/Azov (ZATO-assisted) scum. Heart-breaking all these young (and much older) Ukranians (and indeed Russian soldiers) dying for the Ziolensky-ZATO predators.

CIA/GOOGLE BOT, Why do you say I voted for this comment, when I have only just arrived, and haven’t voted for anyone yet?

Because the neo-nazi enforcers are the Americans with better equipped weapons.

Just napalm the ukrop idiots and burn them out already!

Good, good. Defensive usually costs less than offensive. Both in money and blood. Let them bleed themselves out for a few months and then…

But their flower of youth are all gone. Only minors and old men left. Plus a few thousand NATO MERCENAIRES and of course the CIA cavalry Al Qaida and ISIS on $1.500 a month, each have arrived…

Ru are always reporting massive winning, smashing AFU like flies. But Ru is regrouping further and further away to East, abandoning all tanks, weapons and ammunitions for AFU out of courtesy on the way.

the best military tactic on an massive enemy offensive is to retreat under massive artillery coverage, causing massive losses to the enemy, but own low losses. in few weeks all of the 300.000 resrevists will arrive the front lines, than we will see ukro lines collapsing.

By the speed of Ru winning claims, very soon there will be no more Ukrainian and USNato weapons left.

war is always a sad. but the sadest thing here is, that the ziokhasarian, globalist and transatlantic mafia again was able to push two brother nations in war agains each other. hope it will all end asap.

Vladolf can stop it but he won’t so then it will continue.

I believe you mean October, not November… The first sentences need editing.

Repent of your sins and believe the Gospel.

Russian army will capitulate in Kherson. Russia is heading for a big defeat. For every 1 Russian servicemen there are 4 to 5 Ukrainian servicemen. Game over.

in case of emergency, russian troops can retreat under massive artillery coverage, what will inflict again massive losses to the ukros, with low russian losses. but in few weeks the 300.000 russian reservists will all arrive the front line and will be formed in dotzents of new and fully armed btgs, than its game over for ukros and massive russian counter offensives will collapse the ukro defence lines.

You see this? I am not Russian not Ukrainian, but the videos are so different. I saw bunch of Ukraine videos how they shoot in the legs of the Russian war prisoners, also Ukrainians throw bombs from the drones on wounded Russian soldiers, or while they sleeping. They documenting war crimes as that is some kind of contest of disgusting acts against Russians. In these videos Russians give medic to the wounded soldiers, give them smoke, and talk with them. I never forget video where Russian soldier take mobile phone from the dead Ukrainian soldier and talk to his mum and saying how they will return his body. Those kind of details could tell you who is who in all this mess, but of course that you can’t see in the western media or hear in the academic community.

Maybe you saw propaganda. Now, who is in who’s country?

The most criminal and sickening thing about this Ukraine war, is the fact that the USA deliberately hijacked the Ukraine country in 2014 with the coup that resulted in Yanukovich escaping for his life; and Vicotria Nuland of the U.S. State Dept. choosing the new president of Ukraine: a pro-NATO/West puppet Arseny Yatsenyuk. Since 2014 the USA has turned Ukraine into a battering ram against Russia, subordinating all its citizens to its vile, criminal aims to do to Russia what it has done to Libya, Iraq, Afghanistan, Palestine, Cuba, Serbia, Yemen, etc. USA doesn’t give a rat’s ass about its people; it only is using them as an expendable battering ram in hopes of weakening Russia.

And what about Navalny?