The Syrian army, the National Defense Forces (NDF), Hezbollah, Liwa al-Quds (a Palestinian pro-government militia) and other pro-government units, supported by the Russian Aerospace Forces and the Syrian Arab Air Force, have been developing momentum against the joint terrorist forces of Jaish al-Fatah and Jabhat Fatah al-Sham (formerly Jabhat al-Nusra) in the strategic Syrian city of Aleppo.

The pro-government forces implement a long-standing strategy aming to take an upper hand on the terrorists, using the advantage in fire power and reinforcements. Terrorists units, encircled in eastern Aleppo, are limited in supplies and the maneuvrability. This allows the Syrian army and its allies to attack in various fronts, taking control of separate neighborhoods and logistic lines and reducing the areas controlled by terrorists.

An air reconnaissance and precision usage of artillery units and the air power play an important role in the ongoing operations by the anti-terrorist forces. On October 8, the Syrian army and Liwa al-Quds took full control of the Awijah Neighborhood after a series of clashes with terrorist units in northern Aleppo. The pro-government forces also in control of a strategic hilltop south of the neighborhood and the Jandoul roundabout. On October 9, the loyalists continued operatinos in northern Aleppo, trageting Jaish al-Fatah at Manashir al-Breij, southeast of Awijah. The mid-term goal of loyalists in northern aleppo is to seize the Asfar Hill thaty will allow to secure Majbal Anzarat and take fire control of the northern part of Anzarat. The next strategic hilltop that the army and its allies will need to seize is Ayn Tal, northeast of the Bostan Basha neighborhood (partly seized by the Syrian army).

If all these are done, the militant-controlled areas in eastern Aleppo will be significantly reduced and the government forces will be able to launch a storm of the main neighborhoods of eastern Aleppo. In the southwestern part of Sakhour neigborhood, the joint terrorist forces reseized few buildings and the Sakhour garned from the pro-government forces. This allowed the terrorists to defend the motorway heading to the Aleppo International Airport. However, this tactical success did not changed their no-win situation there. In southern Aleppo, the Syrian army and Hezbollah continued pressure on terrorist units deployed in the Sheikh Saeed Neighborhood. The Sheikh Saeed road to the central Aleppo will likely become the axis of the main offensive operations of the pro-government forces in the area. The military situation in the 1070 Apartment Project remains technically stable while no sides are able to make gains despite the ongoing firefights.

The recent failure of terrorists in northern Hama also contributes to the offensive operations by pro-government forces in Aleppo. Infighting among Jund al-Aqsa and Ahrar al-Sham allowed the Army and the NDF to stabelzie frontline in the province and regains some areas there. Now, it’s not likely that the Syrian military will be pushed to redeploy additional forces from Aleppo to Hama.

About the reconnaissance for Aleppo operations:

The more I hear the terrorists are gone and the SAA has moved in, the happier I am for the Syrian people!

Assad is democratically elected. And I as an American Patriot stand with Assad. I also support Donald Trump as president. And I support Russia helping the Syrian people defend themselves. And I support Iran, as Iran is one of the 20 most peaceful nations in the world. 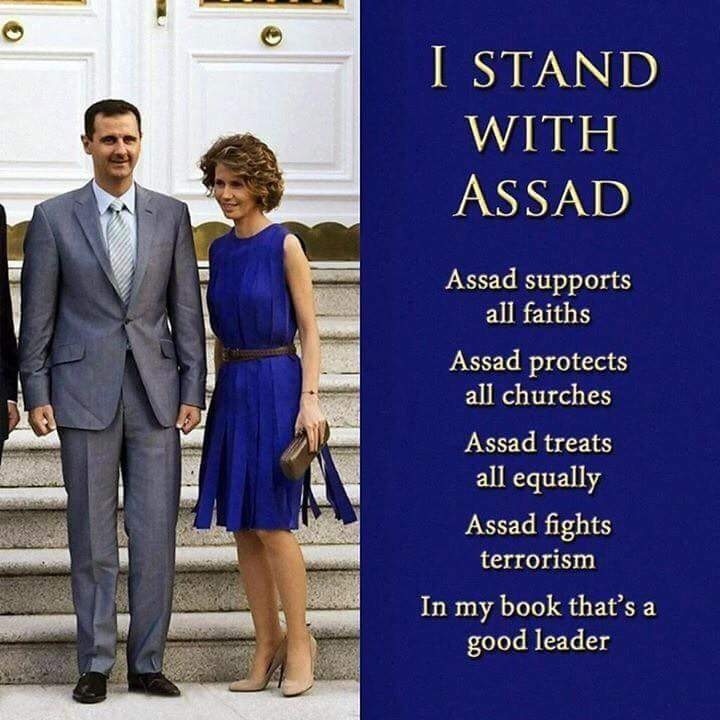 You are a decent American.wish there was more like you

The administration is openly backing al Nusra–al Qaeda in Syria. Americans must always be mindful that al Qaeda, under Saudi supervision, launched a surprise attack on New York and the Pentagon on 9-11. 3,000 Americans suffered fiery deaths at the hands of mostly Saudi attackers. U.S. backing for this group is clearly treasonous. Those providing arms, pay and training to al Nusra should be hanged. The U.S. and the Saudis, Qataris and Turks form an axis of evil, spreading death and destruction across the globe. It is a dark and sinister chapter in America’s proud history.