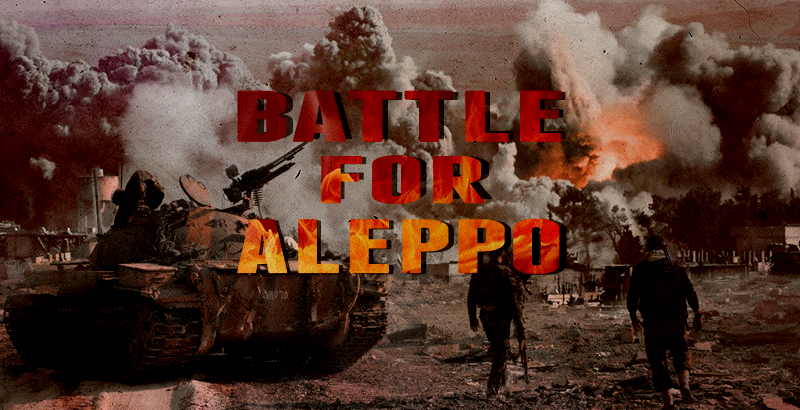 Friday, October the 7th began with a large-scale advance by the Syrian army and Hezbolalh in the southwestern and central parts of Aleppo city. The pro-government forces targeted members of the Jaish al-Fatah operation room in the 1070 Apartment Project and the Sheikh Sa’eed and Salah al-Din neighborhoods.

In Sheikh Sa’eed, the Syrian army and Hezbollah seized the Sheikh Sa’eed hill from Jaish al-Fatah militants and now is developing this success inside the neighborhood. A high number of air and artillery strikes have been reported in the area. 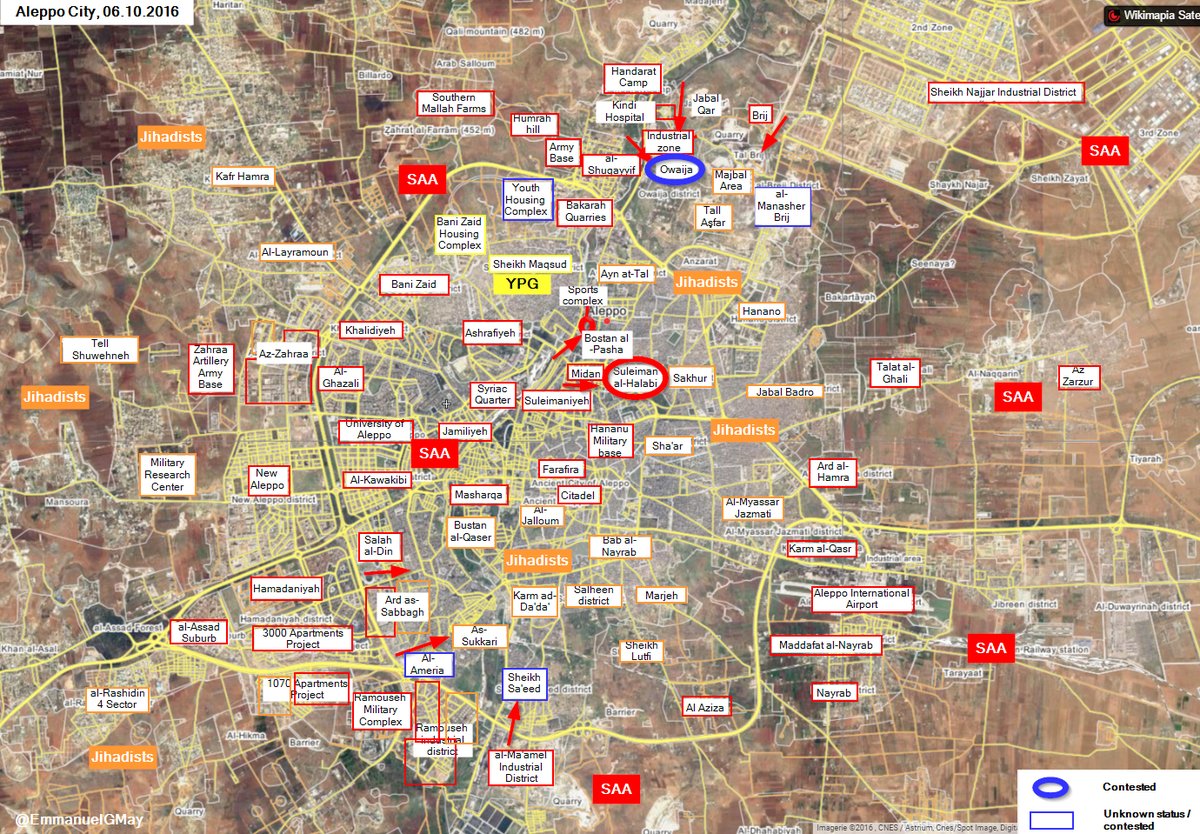 In Salah al-Din, the Syrian army and Hezbollah captured an important local hilltop, the Khalid Ibn al-Walid Mosque and numerous building blocks in the nearby areas. 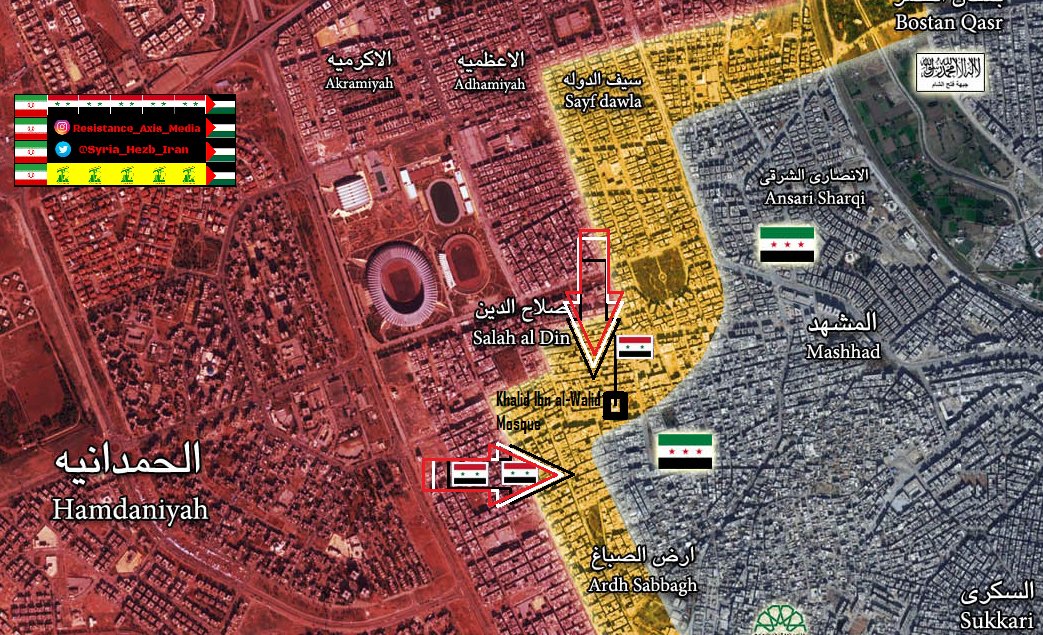 Following the liberation of the Suleiman al-Halabi Neighborhood yesterday, the pro-government forces captured the the Shaykh Fares hill and set a fire control of al-Sakhoor roundabout. 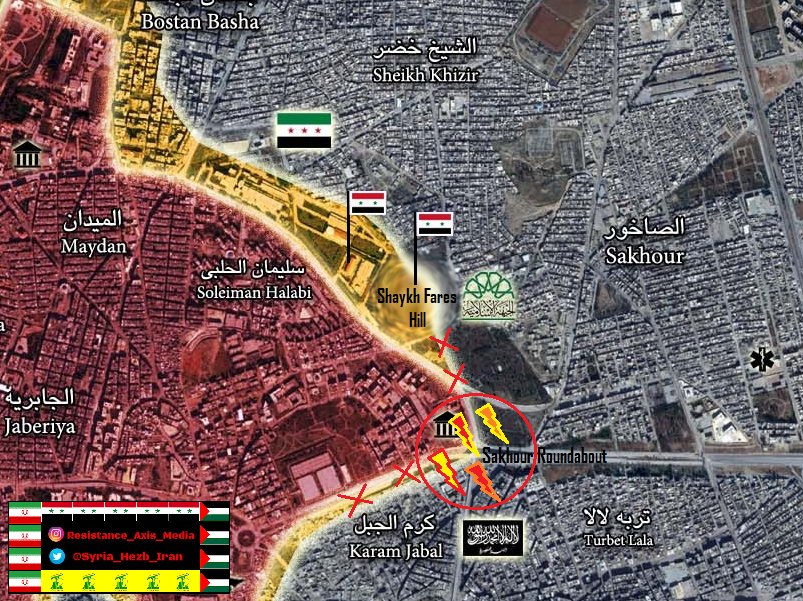 In northern Aleppo, the government forces continued operations in the Awijah neigborhood and secured fire control over the quarries southwest of al-Bureij. 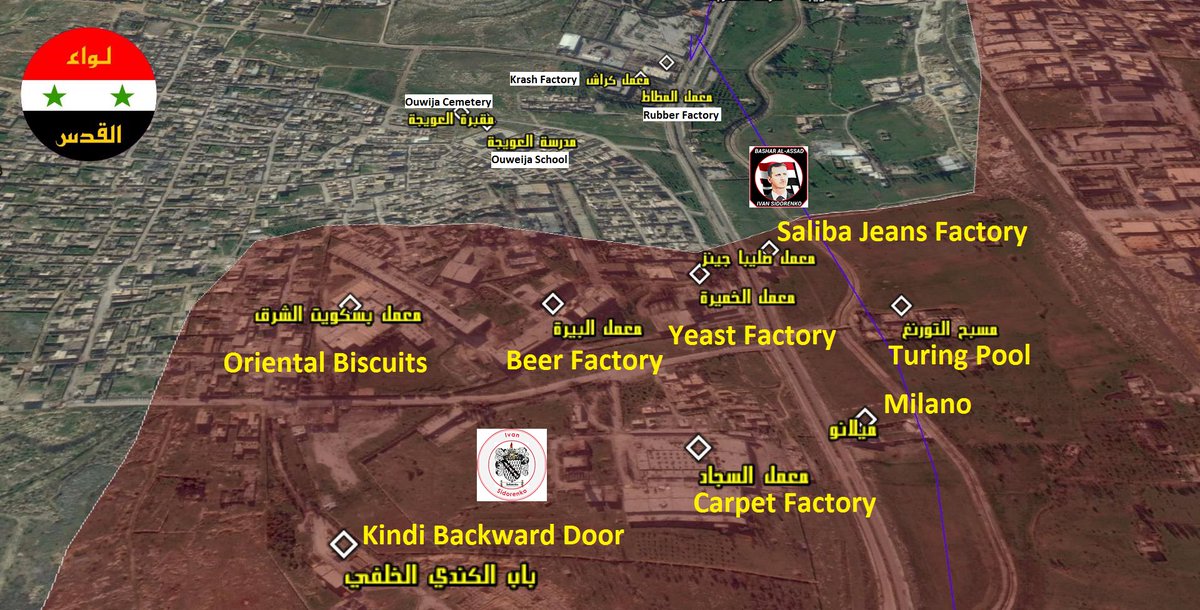 Clashes inside the 1070 Apartment Project has not resulted in any gains of the pro-government forces. In general, the situation in this area could be described as a stable tense.

The Syrian government and its allies keep the initiative in the ongoing battle for Aleppo. However, significant riskis for the local population does not allow them to use all their advantage in the fire power in the area.

A general look at the situation in the northern Aleppo area: 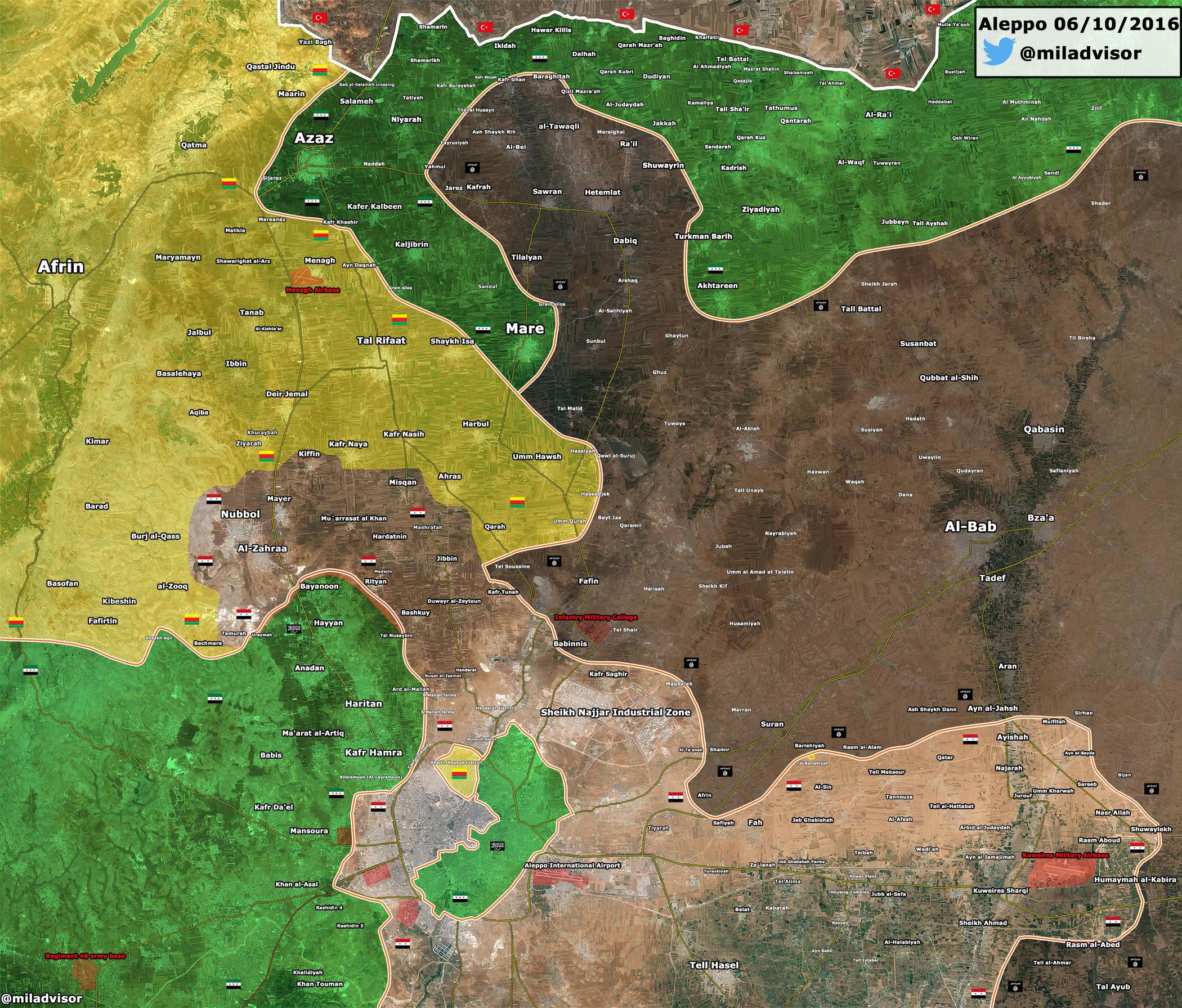 Maybe the Pentagon and Tel Aviv should order a new Name Change for the Terrorists…. It seems the last one didn’t work !! And BTW : This page is becoming boring without US State Department Trolls !! I guess they are in a bad state of mental depression and feeling desolate !!

Good progress is being made, eventually SAA will defeat the FSA in Aleppo, but this major victory for SAA wouldn’t suit US well.

ye. but it does not suit the US well anyway.

A beer factory?? I thought that Muslims weren’t allowed alcohol?

Of course, this is Syria and not KSA

Christians and others can drink beer no problem!

Unfortunately most of the the terrorists left in East Aleppo are the more fanatical gullible types looking forward to their goats and virgins in the afterlife, As the pocket gets ever smaller and the ammo and drugs run out hopefully they will start fighting among themselves.